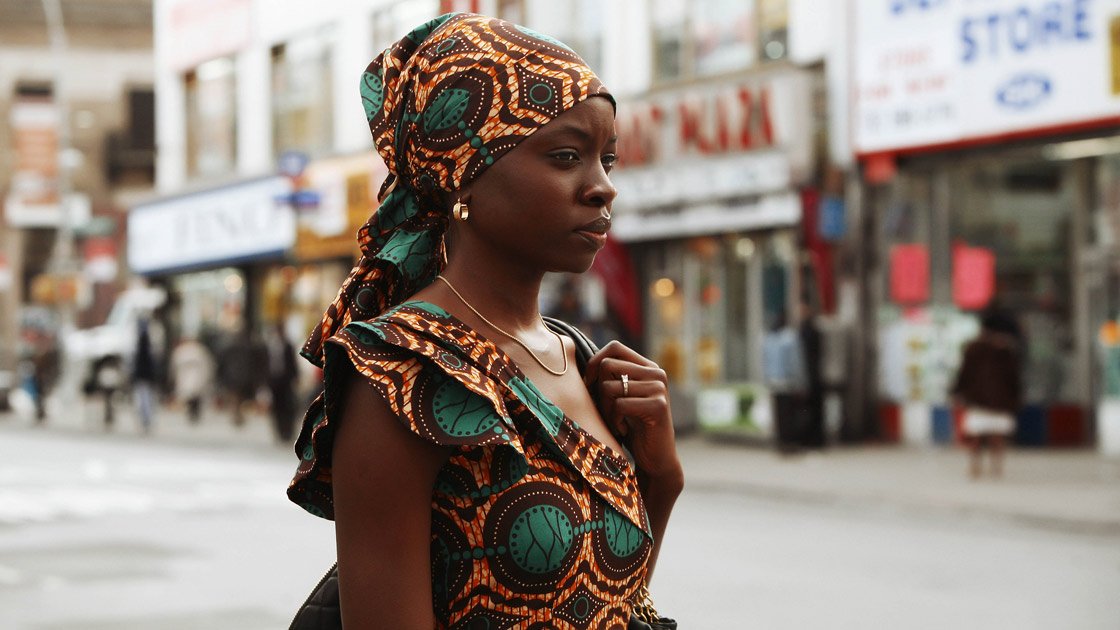 Mother of George from Oscilloscope Laboratories

After a few successful years of exploring different countries (2010’s “In Search of Asia” and 2011 with “Latin Festival”) the Film Society of Minneapolis/St. Paul has turned their attention to Africa bringing us, “Images of Africa,” which features 27 films. The screenings started on Friday, November 15 and run through Thursday, November 21 at St. Anthony Main Theatre and also Mixed Blood Theater.

This new African film series focuses on the exceptional filmmaking covering many areas across Africa and highlights films made by Minnesotans of African descent. The series will be a great way for audiences to discover/rediscover some of the established and emerging filmmakers who cover important cultural issues and topics like Nigerian filmmaking, street dancers, personal accounts recounting the Egyptian revolution and singer Miriam Makeba.

Opening the festival is award winner Jahane Noujaim’s The Square on Friday, November 15 at 7 p.m. at St. Anthony Main Theatre. The film was  featured earlier this year at the Sundance Film Festival. More filming was done in July and a new cut was shown at the Toronto International Film Festival this past September and won the People’s Choice award.  The Square (Al Midan), a wild and harrowing look at the Egyptian revolution over the past two and half years, will be making its Minnesota premiere with a special post-event discussion at the Aster Café following the screening.

Noujaim’s previous features, 2004’s Control Room and 2001’s Startup.com, took us inside different views of the media with Startup.com looking at the start and failure of govworks.com and opened our eyes on the new capitalist venture of the internet pop-ups. Control Room went behind the scenes of Al Jazeera’s coverage following the United States on-going war with Iraq during the Bush administration and went beyond your typical documentary, nailing the nuts and bolts of an unseen history which was further explored in last year’s The Gatekeepers.

Born in Abeche, Chad, writer/director Mahamat-Saleh Haroun is what I would call a long-shot of a household name, especially in America (unless you are film scholar or journalist). Haroun has had to two powerful features in the past decade: 2006’s Daratt (aka Dry Season) and 2010’s Cannes jury prize-winner A Screaming Man. His latest feature GriGris screened on Friday, Nov. 15 at 9:30 p.m. and Tuesday, Nov. 19 at 9:30 p.m. at St. Anthony Main Theatre.

GriGris follows 25-year old GriGris as he tries to become a professional dancer despite having one bad leg. When his stepfather becomes ill, he risks everything and starts smuggling oil in order to help his stepfather. With his new choices, including meeting a beautiful but unstable prostitute, both of their futures are in question as they look to leave the past behind and start a new life. Haroun’s change of pace in narrative is a plus, the action moves faster and has a tighter narrative with gripping and unexpected results.

Ben Nabors, a Carleton college grad, will be attending the festival with his SXSW winner documentary William and the Windmill (Wednesday, Nov. 20 at 7pm at St. Anthony Main) about 14 year old Malawian teen, William Kamkwamba, who became a media sensation after his autobiography (The Boy Who Harnessed the Wind), about how he managed to build a power-generating windmill with old bicycle parts, bottle caps, and spare wire and copper in his town, was published. Nabors’s documentary, who was  forced to live out his dreams and desires without enjoying his success with his family thousands of miles away, takes a compelling look into fame and fortune, only to be.

Closing out the festival is director Andrew Dosunmu’s Mother of George on Thursday, Nov. 21 at 7 p.m. at St. Anthony Main. The film was a surprise hit at the Sundance Film Festival this past January and has been critically acclaimed since its release a few weeks ago. Mother of George makes its Minnesota premiere with Dosunmu in attendance and a reception to follow the screening.

A Nigerian couple living in Brooklyn, Adenike and Ayodele, (The Walking Dead’s Danai Gurira and Macalester college alumni, and Jim Jarmusch regular, Isaach De Bankole) are enjoying life in America until they discover they are unable to have a child, which begins to slowly crack their life and lives of there family, especially when Adenike makes a critical decision that could destroy their family.

If you miss closing night with director Dosunmu, the Film Society will be showing Mother of George for a week after the festival, Friday, November 22 through Thursday, November 28.