Midway through December, that period when every day or two we got a little snow, I noticed something important while headed to a Christmas party. As I pulled out of my driveway, the street was clear. As I drove through my neighborhood the other city streets were clear, as were the county roads heading out of town. Approaching the location of the party, I turned on to a township road for the last mile. At this point the road was snow covered, and slippery requiring all the cars to slow down to avoid an accident.

It is not my intent to give a road report, but to talk about “Big Government.” Much of what we hear in the political debate is about big government, yet very few of us know what that means, although it seems to sound bad. The plowed and sanded streets in my hometown are an example of “Big Government” and the snow-covered roads in the township are not. Sure the township with lower population density and the desire to keep their property taxes low do not spend as much on roads, but the result is their roads are lower quality year round. This is not a question of which is right big or small government, but what residents want and are willing to pay for in government service.

Of course many will say we did not mean roads and highways, but the same is true of any level government and any government function. How much government involvement do we want in airline safety? I know when traveling by plane I want big government. When I was the Mayor of Carver each year we had to decide how much police protection we wanted and were willing to pay for. Generally being a small city with little crime and a quality County Sheriff’s department we leaned toward the small government version. 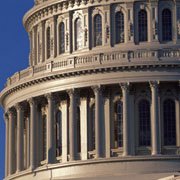 For those who complain the problem is “Big Government” regulations just think about some of the things that are going around us. General Mills has contaminated the soil in Metro neighborhoods; 3M has contaminated the groundwater in several eastern suburbs; White Bear Lake is being drained by communities unwilling to restrain ground water usage; runoff into Minnesota rivers is creating a dead zone in the Gulf of Mexico; and in West, Texas a fertilizer factory was allowed to store illegal quantities of ammonium nitrate that blew up, killing 15, injuring 200, destroying 161 houses and damaging 175. I understand that sometimes it seems that we are buried in regulations, but there is plenty of evidence regulation is needed.

I am not for or against “Big Government.” What I am for is political leaders and voters who study the issues and make decisions based on what is best for our country and our people not just what will get them votes in the next election.