Much of the rationale behind the “job killing tax” rhetoric floating around the Capitol is the belief that a top tier income tax will drive businesses, or at least top-earning business leaders, out of the state.

In his “All About Jobs” blog posting earlier this legislative session, David Olson, president of the Minnesota Chamber of Commerce, called Governor Dayton’s proposed tax on the state’s wealthy “chilling:”

It is easy to pick on the rich – many of whom have taken huge risks to build successful companies. But the reality is rich people can live where they want. My guess is they won’t want to live in a state with the highest income tax in the country, especially since there are plenty of places with lower taxes and quality of life that’s at least as good, if not better.

But research in California, New Jersey and Maryland where similar taxes were implemented, does not support this argument.

California actually saw an increase in the number of millionaires living in the state during the time they had 10 and 11 percent tax rates for the state’s wealthiest earners.

New Jersey, which enacted a “half millionaire tax,” did see a minute out-migration of earners in this tax bracket, which represented roughly $38 million in lost tax revenue. But this paled in comparison to the extra $895 million raised in extra revenue from the new tax bracket. Researchers also concluded that New Jersey’s out-migration trends appeared to be due to the state’s economic prosperity.

And Maryland, which is the example often pulled out when justifying a no-new-taxes argument, didn’t have a massive out-migration of millionaires due to increased taxes as alleged.  The Institute on Taxation and Economic Policy concluded that the decline in millionaires on the tax rolls was more likely due to the tanking economy in 2008, and their loss of capital gains.

TOMORROW — Part 2: When it comes to taxes, who speaks for small business?

Part of the problem with the discussion on taxes and business climate, is that it’s happening solely within the tax code, says State Representative Jim Davnie, who serves on the House Tax Committee.

He argues that no business chooses where to site itself based solely and exclusively on taxes, but rather on things like an educated workforce, quality transportation and roads, and cultural amenities.

The overall quality of life in Minnesota is another significant factor for businesses to attract and retain talent, as well as for business leaders’ own desire to live here. Davnie says he’s heard from multi-state corporations that are headquartered here, that sometimes it’s hard to recruit talent here initially because of the weather, but once those employees are here, they are here to stay.

“They find the schools here are good, there’s great cultural entertainment and nightlife, professional sports teams that they can get excited about, camping, hiking and canoeing opportunities throughout the state.  Once they’re here, they don’t want to leave,” he said.

Those quality of life indicators for Minnesota, Davnie points out, are made possible by public investment, paid for by taxes.

In 1999, 2000 and 2001, he said the state made significant pro-business moves in the tax system, both on the income tax side, as well as with property taxes, all under the assumption that it would result in job growth.

“And yet, the state created more jobs by leaps and bounds in the 1990s before those changes, than it did in the decade after those changes,” said Davnie.

So where’s the accountability for this promised job creation?

“There isn’t any. There’s just a hope that business will create jobs,” he said. “Corporate America is sitting on literally trillions of dollars that could be brought forward to create jobs, but isn’t being used that way right now. It’s being salted away in investments rather than being deployed to build the economy and create jobs.” 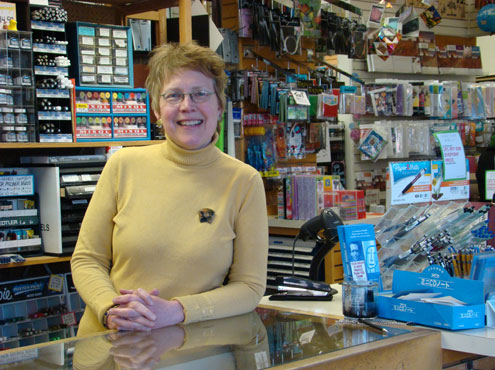 Beth Bergman is the owner and president of Wet Paint, a retail art supply store on Grand Avenue that she’s owned for 27 years. She has 16 employees, most of which are full-time, with health insurance and pension plans.

Bergman says she doesn’t believe the proposed tax increase would impact small business much at all.

“The really small businesses that are just starting up won’t make enough to be affected, and the wealthier business owners? Well they may have a little less, but they already have more than everyone else,” she said. “Being a retail store, what I am seeing is that the people that have money, still have money, and the people that have very little money, have less than ever.”

Bergman says one area where her own costs as a business person have gone up substantially is with employee healthcare and worker’s compensation.

“I’d much rather pay high taxes and have those things taken care of,” she said.

What really gets Bergman riled up in the tax debate is the constant chatter about jobs.

“I don’t need more jobs. I don’t have enough work for my employees to do right now. What I need is first and foremost is more customers – and then I will need more jobs,” she said. 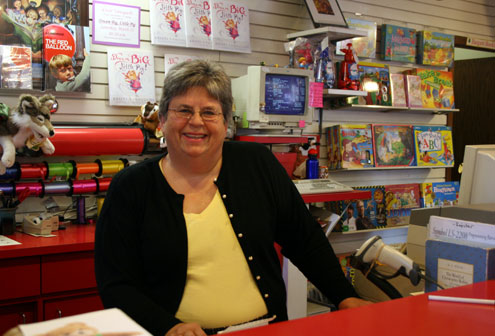 The Red Balloon Bookshop on Grand Ave in St. Paul has lost a significant segment of clients that has hurt the business’ sales.  The clients? Public school libraries. As funding eroded over the past decade, many public schools either share librarians or don’t have them at all, and many rely on donations or book drives to freshen their stock.

“Our library business has basically dried up since times have gotten tough,” Michele Cromer-Poire, the store’s owner. “If schools were better funded, it would improve sales to Red Balloon.”

“Don’t they get that we are all in this together?” she said.

Cromer-Poire is also worried that continual cuts at the Capitol will mean another property tax hike on her business. The current taxes on her lot are about $27,000.

“I don’t think the general public understands how big a property tax burden businesses pay. Even if you don’t own your own building, that property tax is passed on to you by your land lord, so your rent goes up. This really puts stress on small business,” she said.

After paying her businesses’ bills, and her employee wages, Cromer-Poire doesn’t make enough to be placed in the top tier income bracket. But getting rich was never part of the plan for her – she’s in it to offer a service for the community – a value she says, many of her fellow small business owners share.

“But even if I were in that [income] bracket, I’d be happy to pay my portion of the load. Why should I pay a smaller percentage of income taxes when there are families struggling to put food on the table or send their kids to college? It’s for the good of society,” she said.

Cromer-Poire believes that the Minnesota business community is community-oriented, and she points to the history of business philanthropy like the 5 percent club, and the legacy of the Dayton and Carlson families. She hopes the state will return to these roots, and that more businesses will speak up about the importance of paying their share for the benefit of the Minnesota community.

“As my accountant always says to me, it’s okay to be paying taxes, it means you’re making money,” she said.