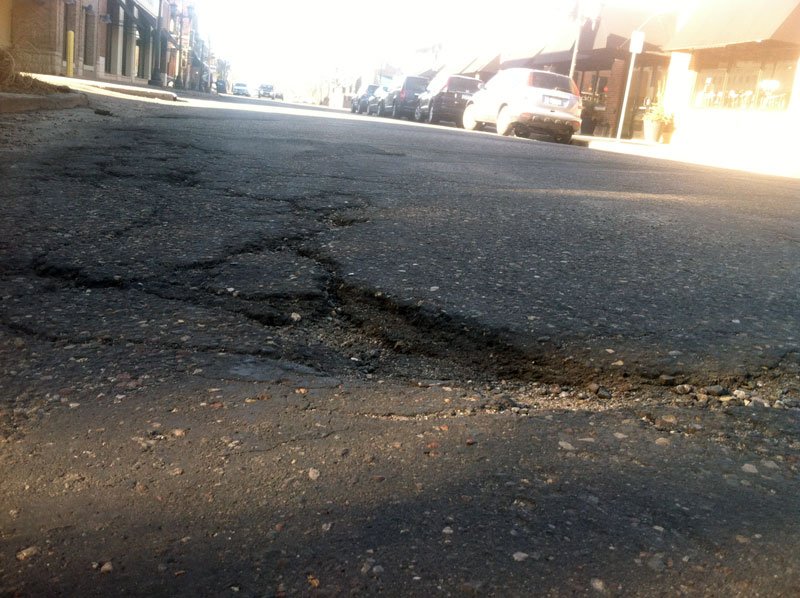 When a bicycle hits a rock, it is not social. But when a cyclist crosses a ‘stop’ sign, it becomes social. -Bruno Latour

Lately, I’m obsessed with potholes. It all started late one night. I was bicycling home from a party, a ten-mile trip from South Minneapolis to the West Side of Saint Paul. (Note to mom: I do this trip quite often, and it’s perfectly safe. In fact, late night riding is often blissful, because cars are rare.) My usual route goes along Summit Avenue, South on Victoria Street, East on Saint Clair Avenue and up the High Bridge to where I live. Victoria Street in Saint Paul is a hot mess of potholes, and there’s a dark stretch South of Grand Avenue where its not lit well. I sped along my way, thinking I’d surmounted the crumbling gauntlet when *bam*! Before I knew what had happened, I was laying on the hard black ground. I’d been potholed.

What are potholes? They are nothing. They are the absence of a thing, a gap in the street. Like donut holes, they are an emptiness. An absent presence until you hit one, then a present absence.

Studies have shown that people are somehow creeped out by holes. It’s called trypophobia. (I’m not making this up.) Our aversion to holes is strange because our lives, our worlds, and our bodies are full of them. My nose has holes which I use all the time. Steven Hawking says the Universe is a hole. But still we resist our holes, and categorize them as problems.

We resist holes because our minds bias toward continuity. Our brains fill holes and make them invisible. We imagine our streets as smooth spaces flowing uninterrupted and seamless over the Earth. We take our roads for granted until the moment of breakdown or collapse. Then the invisible asphalt appears. The thick plane of black matter reveals itself in the hole, in the absence of continuity. A bridge falls down, and you see the river as if for the first time, its steep banks and moving water. Heidegger was obsessed with bridges, and once I learned about gusset plates, I see them everywhere. So too potholes reveal the unnatural nature of the road system. How great our efforts have been!

And potholes are democratic. They do not discriminate. Potholes level the playing field by making it uneven. How hard we try to change people’s minds, get them to slow down with ad campaigns and policing, signs and lights and laws! Meanwhile the pothole works wonders, the sleeping policeman that slowing everyone without fail. Each suspenseful thud is a reminder to care, to pay attention, to calm ourselves. I might not stop at every stop sign, but since our rude introduction, I slow myself at every pothole. Potholes do more work than all the police forces combined.

“The course of true love never did run smooth” because it was full of potholes. 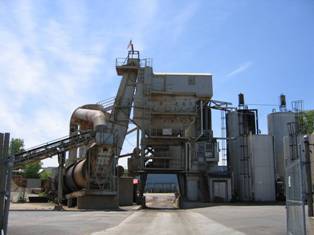 Potholes are cracks that reveal the connections that form the system of automobility. With each jolt, we realize the complexity of the system: the car, the springs, the tire, the asphalt, the packed dirt, the exploding oil, the water freezing and expanding and filtering down again and again… my small bicycle. The hole is greater than the sum of its parts.

The metro’s only pothole factory sits next to a playground in a lonely corner of Saint Paul’s North End. Each year it resumes its work, as our patchy road budgets stretch and flex. And each year we fill our holes and pretend they’re gone. We push them from our minds and resume our lives of smooth momentum. But they’re still there. And they will return, ever more holey. 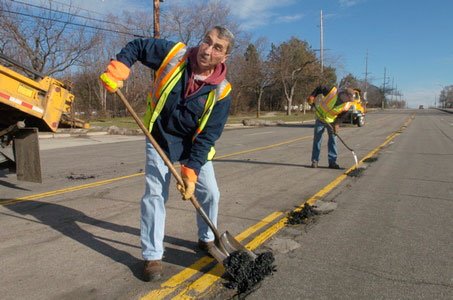 At top: The one that got me.