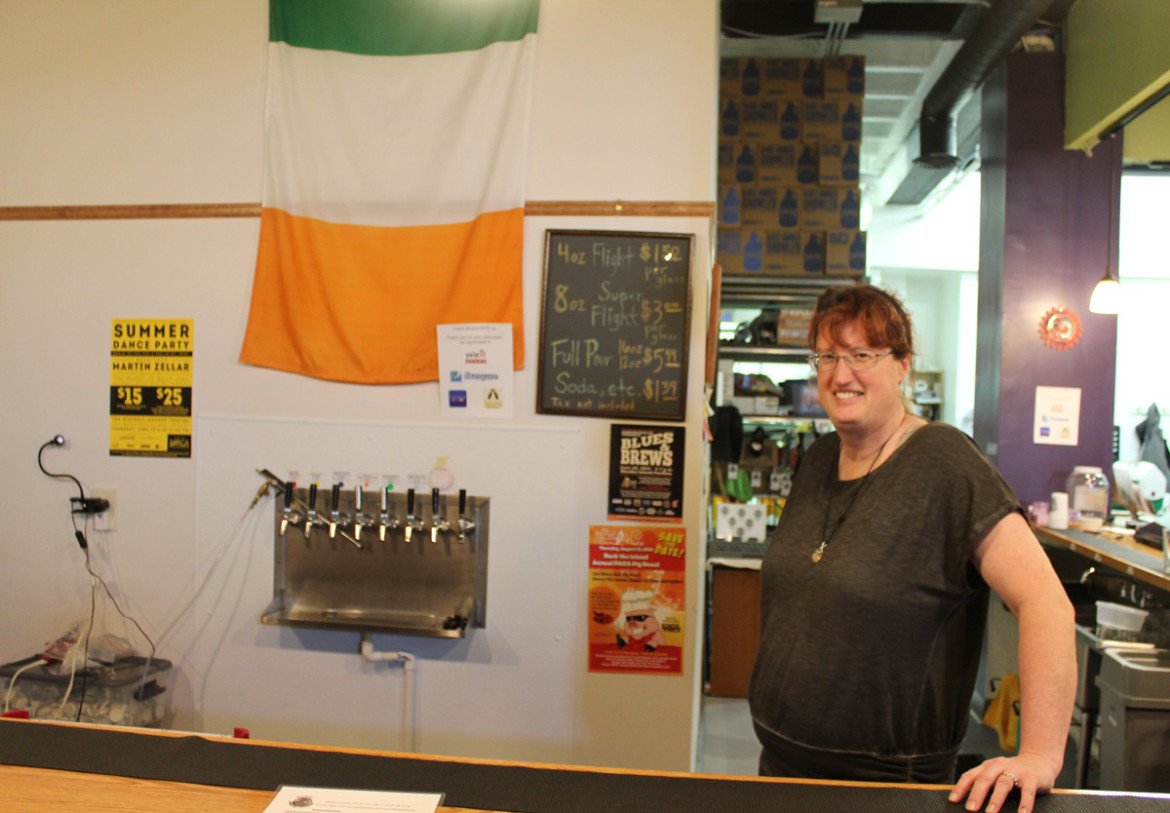 Pronounced “shee,” Sidhe are earthen mounds, which, in Irish folklore, house the Aos Sí, a fairy-like race. Sidhe Brewing, which opened in St. Paul this May, takes that lineage and ritual seriously. Head brewer Kathleen Culhane identifies most strongly with her Irish heritage, and the four owners’ pagan beliefs clearly influence the design and functionality of the brewhouse. With a logo that depicts the elements of beer and a taproom décor that subtly pays dues to key pagan symbols, it’s a unique stamp and is just one way that differentiates the brewers from their bearded brethren in the local microbrewing scene.

“I like to think it’s fairly Irish themed,” Culhane says, “because I think of myself as fairly Irish themed. I hesitate to claim that I’m full on Irish, because I’m a quarter, but it’s the part I identify with.” She notes that Irish pubs are a place where you relax and socialize, an atmosphere she wishes to reproduce on St. Paul’s East Side.

The brewery is an extension of the owners, and that not only includes Irish heritage and paganism but also the LGBT community. Of the four owners, says Culhane, “we all identify as bisexual, two of us are trans, one is gender queer, and one is gender female.” It’s a diverse group with a long journey to opening the brewery, and “We’re out of the broom closet now.” While Sidhe is primarily about the beer, it is also inevitably a reflection of its owners and their personalities as well. “I like to tell people we have exactly one rule here: don’t be a jerk,” says Culhane, about how the taproom reflects her identity. “It’s very important to me that this space be inclusive, warm and welcoming to everyone as possible.” That, and then there’s magic in the beer. “As a pagan, I do ritual work to make the beer.” Adding, “but I don’t know how relevant that is to anyone but me.”

As a trained scientist, she admits that the use of magic on her beer can’t be quantified and not all will believe. But, it makes the beer taste better, she says, and that’s what counts. Getting to where she is today has been a hard path, but one that makes her stronger. Raised Catholic, later converting to Unitarian Universalism and, ultimately, paganism, was a key development. “It helped me coming to terms with my identity,” she says. “It was absolutely hand in hand to find my spiritual side and explore my identity at the same time. For me to move forward with an understanding of my gender identity I had to come to terms with a spirituality, a connection with that which is greater than me and without that I never would have made it through.” There have been trials along the way, but the experience, she explains, has made her a fuller person. “I would not have been comfortable talking about myself,” she says, but her experience has turned an introverted male person into an extroverted woman. “I’ve gotten to see things that most people don’t,” and that has given confidence and a lust for life. “This whole business is about relationships,” she understands, and talking and meeting people and making friends is at its core. Finding solace in herself allows her to succeed. “The experience was hard,” she admits. “But if it’s worthwhile, it’s going to cost you.”