Icicle artist Red was picking and chopping a giant icicle at Ice Castles Mall of America. Was Red sculpting an ice creation or carefully carving a frozen image? “My cell phone dropped into the ice and I am trying to get it back,” he said with a grin. Such are the hazards of being an ice sculptor.

At dusk on January 5, a long line brought eager winter enthusiasts to an ice display located in the undeveloped parking lot of the former Met Center, across from Mall of America. 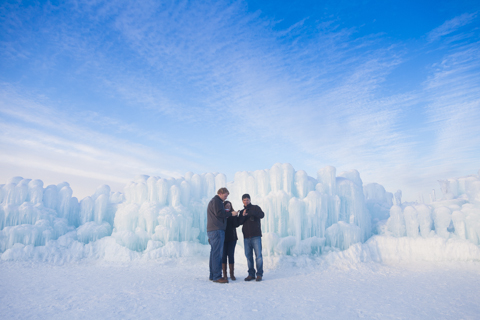 Although the attraction is named “Ice Castles,” visitors expecting a more traditional, Winter-Carnival-style castle with blocks of ice stacked one on top of another will experience a different sight.

Ice Castles gives an appearance of a fortress of ice rising straight out of the ground, said co-owners and Utah residents Brent Christensen and Ryan Davis in their proposal to the City of Bloomington.

So unique is their fortress of ice that Christensen and Davis have a patent pending on their method.

Icicles are created and harvested to be placed on the walls.

“The result is various forms of evolving ice towers, tunnels, and arches, all of which is illuminated in the evening by lights emanating from inside of the ice by white as well as multicolored LED lights,” said Ice Castles’ proposal.

Indeed, four million gallons of water is estimated to be used in the ice creations and the water is not shut off during the night. A specially built “cozy” of insulation and heat is built around the adjacent water hydrant.

An airport zoning permit is required for any ice towers over 30 feet, and towers of 45 feet are expected. 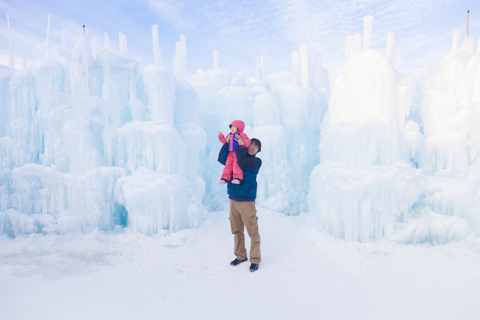 Cameras and photography are encouraged when visiting Ice Castles. The co-creators estimate 50 photos per person are snapped.

A video featuring violinist and dancer Lindsey Stirling in front of and within a previous Ice Castles structure in Siverthorn, Colorado, has over 43 million YouTube views. Beautifully filmed by Devin Graham, the dubstep video, titled “Crystallize,” shows the intrinsic glamour of the ice creations. 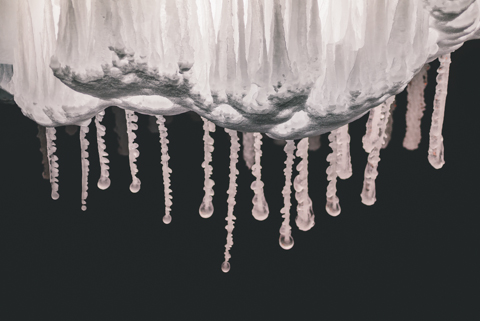 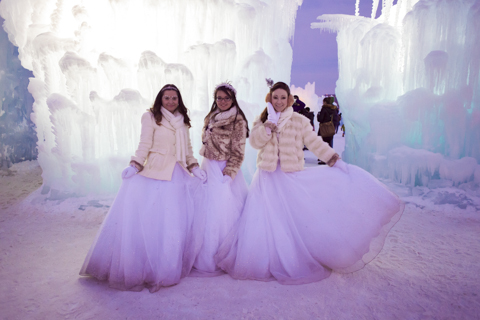 “It’s the best job in the world,” said Frostina. “And Ice Princesses never get cold.” 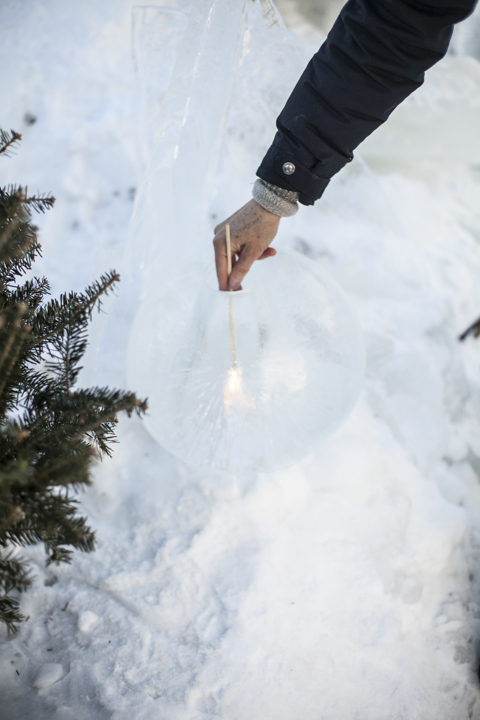 While it is challenging to push wheelchairs or electric carts through the ice and snow, Ice Castles staff are available and committed to assisting chair-bound visitors. I observed this on a busy Saturday night. Once inside Ice Castles’ initial viewing area, it is easier for a chair-bound visitor to move around. Most of the tunnels, however, are not wide enough for wheelchairs or electric carts. Elderly visitors with canes or walking devices need to be aware of potential icy walking conditions.

The proposal to the City said that Ice Castles expects 50,000 visitors during its run until the end of March.

Christenson and Davis said in their proposal to the City that they love classroom visits and local schools “generally come free of charge.”

Also in the Daily Planet: Bloomington balks at donating water for Ice Castles at Mall of America