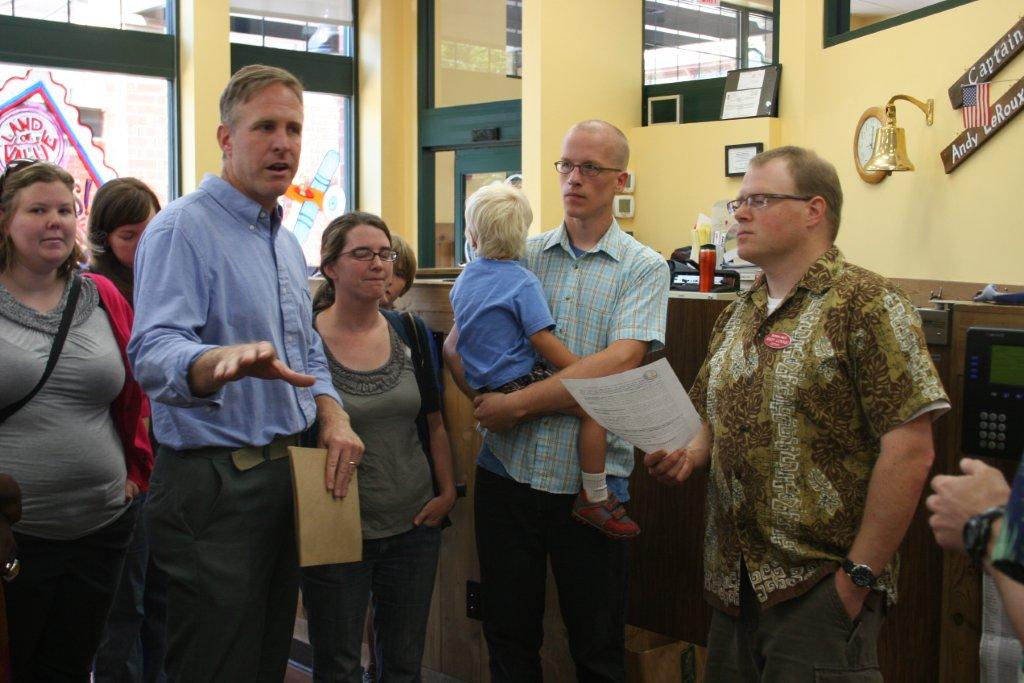 At the request of our colleagues working with the Coalition of Immokalee Workers (CIW), the Institute for Agriculture and Trade Policy formed a delegation today that delivered a letter to the manager of the Trader Joe’s store in St. Paul, MN. The letter, which was signed by several leading agriculture and labor organizations in the Twin Cities, requested that Trader Joe’s sign onto the CIW Fair Food Agreement and use their purchasing power to help put an end to the forced labor, poverty wages and other human rights abuses faced by farmworkers harvesting tomatoes for the U.S. retail food industry.

The average piece rate today is 50 cents for every 32 lbs. of tomatoes picked, a rate that has remained virtually unchanged since 1980. As a result of that stagnation, a worker today must pick more than 2.25 TONS of tomatoes to earn minimum wage in a typical 10-hour workday – nearly twice the amount a worker had to pick to earn minimum wage thirty years ago. Grinding poverty leaves farmworkers vulnerable to the most exploitative employers, often resulting in egregious labor rights abuses, and in the most extreme cases, documented cases of slavery.

In addition to IATP staff, we were proud to have members of several well-respected local organizations join us in the delegation, including CTUL (Centro de Trabajadores Unidos en Lucha), Land Stewardship Project, and the United Food & Commercial Workers Local 1189. The Trader Joe’s store manager was respectful and indicated that he would let the company’s upper management know about our concerns. The delegation intends to follow up with the store manager in a few weeks to find out how Trader Joe’s intends to proceed.

For background information on the CIW’s supermarket campaign, please watch this recent video produced by the IATP Food and Community Fellows.