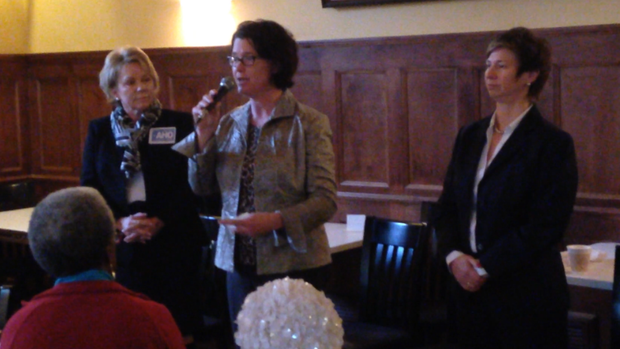 That line, Ladies and Gentlemen, was from the opening remarks of candidate Amy Dawson at a judicial candidate forum last Friday (October 24th) in south Minneapolis. And it was followed up with, as best I can recollect, “…and I’ll probably have to recuse myself from some cases if I’m elected.”

Now, I’m not an attorney, but even the ol’ TwoPutter knows a no-no when he hears one. The election of judges, and Amy Dawson is a candidate for the Hennepin County Bench Seat 61, is supposed to be about judicial philosophy, NOT political ideology. That comment, “I love to sue insurance companies” goes straight to judicial philosophy: it’s ok to have blatant biases and sit on a seat where citizens should be able to expect judges with open minds and impartial attitudes.

After the forum was over, I went to the nearest attorney I could find and said: “I cannot believe I just heard a candidate just say she loved to sue insurance companies and would probably have to recuse cases if elected.” “Yeah, it’s like 70 percent of the civil cases filed that involve insurance companies.” I asked Ms. Dawson’s staffer/volunteer about the comment; the reply was “So? She’s said it before.”

Apparently, Ms. Dawson doesn’t see a problem with being blatant about a bias towards an industry that makes up a big percentage of cases she’s likely to hear, should she be elected. I wondered if others did.

First call? My insurance agent. “Say, what would you think about a new judge being elected that says she loves to sue you?” After relaying the particulars, it’s pretty safe that conversation was passed up and on.

I made many calls to mostly attorneys; attorneys on both sides of the political aisle. Only one explained that he wished candidates for the bench were more forthcoming on what their biases are. The rest? Responses ran from “problematic” “unfortunate” “troublesome” to “You’ve got to be (bad word, deleted)in’ (bad word, deleted)in’ me!!!”

No, gentle readers, I am not. One follow up email read: “No credible judicial candidate would ever boast about loving to sue insurance companies and that they would need to recuse themselves from cases. Any candidate making such a statement would face serious questions about whether they had the judicial temperament to serve on the bench.” Another sent this: “Look at Rule 4.1 (11). Her comments may not have been “pledges, promises, or commitments” but they’re close. Admitting she would have to recuse herself over them is an admission of that. Her website ( http://www.amydawsonforjudge.com/meet-amy ) is a wink and a nod about judicial independence.”

Almost universal was agreement that if elected, Ms. Dawson would indeed be recusing herself from cases involving insurance companies; one speculated that were Ms. Dawson not to, any insurance company would surely file a motion to recuse immediately upon finding their case had been assigned to Ms. Dawson.

I can assure you, Ladies and Gents, that if I were to find myself in Hennepin County Court, should she win her election Ms Dawson would not be hearing my case – a motion to recuse would be filed. You see, I prefer my judges fair and impartial. Hennepin County deserves a judge ready and able to sit on 100% of the civil cases brought before the bench. Ms. Dawson cannot be that judge with her “I love to sue insurance companies” comment.