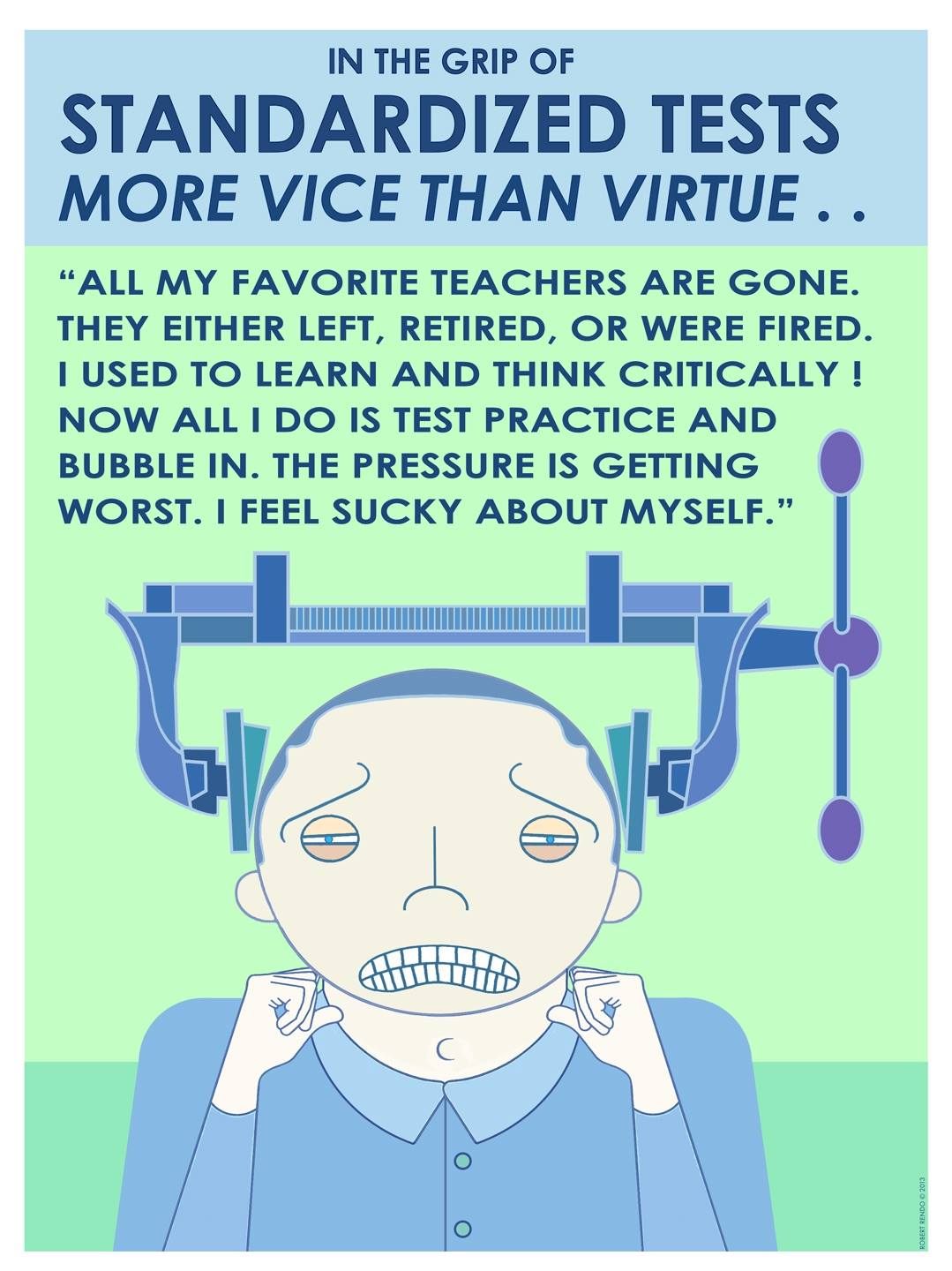 Tonight, I will be in St. Cloud, speaking to a group of parents about how and why to opt their children out of the upcoming MCA (Minnesota Comprehensive Assessment) tests.

I have also recently connected with parents in a district just north of the Twin Cities, who say they can’t get accurate information from their school about which tests their children are being given. They want help and guidance, in order to understand the tests given to their kids, which these parents say are being used to allow or deny access to advanced courses.

I am also waiting for a rural parent, who is a single mother of minority children in a largely white part of Minnesota, to get back to me. We have kept in touch since the fall, when she first reached out on Facebook, asking for help opting her children out of all the testing and test prep taking place at their school. She has questioned the principal about which tests are being given, and how to opt her children out of them. She felt her questions were not welcome, and that she was not getting straight answers. Now, she has been banned from coming in to her children’s school.

I have spoken with a suburban father, who saw the sequence of his children’s math courses adjusted to better fit the timing of the state MCA test. He disagreed with this, and struggled to get clear information from the school and teacher about why it was necessary.

I have spoken with parents in another suburban area about the role testing plays in their school district, considered one of the best in the state. One parent shared her son’s story: he is a musical kid who does very poorly on standardized math tests. Because of this, his school is taking him out of classes he loves and giving him extra math prep during the day. She didn’t know she had the right to refuse this for him.

Over the past year, since I have shared my family’s decision to opt our children out of all high stakes standardized testing, I have talked with parents, students, and teachers from all over Minneapolis and beyond about testing and opting out. I have heard from many parents who had no idea that they do, in fact, have the legal right to refuse these tests for their children.

Many parents, like the ones I mention above, have struggled to get clear information from the schools about which tests are even being given, and what the tests are for. The MAP test, the OALP, the MCA, the NWEA…not all districts use the same tests, some tests have more than one name, some are given once a year, while others are given several times a year. And now the Common Core State Standards are here, and the tests have been altered to reflect those standards. Uh-oh. This means scores may drop again, as they did in 2013.

I have also met several of the people who started the United Opt Out movement: Peggy Robertson, a Colorado-based teacher, parent, and defender of the rights and dignity of children, who writes the PegwithPen blog; Ceresta Smith, an African American parent from Florida, who got involved in the Opt Out movement when she saw her own children’s education become narrowed by testing; Tim Slekar, dean of a Catholic college’s education department and co-host of  atthechalkface; and Ruth Rodriguez, a Latina grandmother from Massachusetts who said she would be willing to travel to Minnesota to help spread the word about how testing affects students whose first language is not English.

Recently, just as state standardized testing is ramping up across the country, the United Opt Out website, which is full of parent-friendly resources, was hacked. Robertson and others are calling it an act of political sabotage. What a year it’s been.

I must say that I have also heard arguments for testing this year, and I would never want to diminish the voices and concerns of those who are worried that, without standardized test scores, schools would continue to fail, neglect, or overlook students whose rights have historically been denied or ignored by our public school system, and our society in general.

But, I believe, we cannot test our way to equity and equality. There are those defenders of standardized testing who would like us to believe that these test scores are somehow objective measures of student achievement. They are not.

Standardized tests are very limited tools, with inherent bias (they are, for now, still written by human beings after all) and a Bell curve structure, which means a percentage of students have to fail, no matter how well they are actually doing. Proficiency, on a standardized test, is not an objective thing because there is not one agreed upon definition for what proficiency is. While I may assume that a proficient score on a test simply means a student is performing at grade level, in fact a testing company or a state may set its proficiency score at a much higher level. Proficiency can, in fact, equal mastery of a subject. (Besides, there is a whole privatization movement out there that is busy creating and promoting a failure narrative.)

This is an important distinction, because a less-than-proficient score does not mean that a student is in trouble. Diane Ravitch spells this out quite well in her latest book, Reign of Error, and this document from the Wisconsin Department of Education clearly shows how the concept of “proficiency” is problematic.

So, why is it that standardized test scores so closely match a student’s socio-economic status and in fact do nothing to alleviate gaps in student performance? We have had heavy doses of standardized testing, increased competition among schools, teachers, and students, and the dark cloud of failure hovering over us for years now (No Child Left Behind came along in 2001), and what has changed? Rather than backing off on testing and instead trying to get at the heart of inequity in our schools (and society, of course), we have instead doubled-down on testing and higher standards. We have not flooded our lowest performing schools with resources, the best teachers, or the most forward-thinking learning environments.

In fact, we have increasingly segregated educational systems in our country, where the most creative, child-centered, supportive classrooms can be found in private schools or wealthier public schools, while students in high poverty schools tend to get the most restrictive, mind-numbing, test prep-focused instruction, along with a distinct lack of resources.

This is what our country’s obsession with standardized testing has brought us. This is why I strongly support every parent’s right to opt their children out of this testing culture, so that we may stand together and work for fair, equitable, meaningful school experiences for all.

I will end with this quote, from a 2013 blog post by teacher Jose Vilson:

I prefer people don’t refer to me or anyone else who thinks like me about these things as “anti-testing.” I’m not anti-testing. I’m pro-whole-child-assessment. We don’t have a fancier name for this, but it’s more appropriate than the drivel attached to the “anti-testing” label.

I want less tests and better assessments. There. And I wear the “pro whole child” label proudly.