The tidbits of popular inspiration roll through twitter and facebook in a nearly constant stream.  You want your stuff retweeted or shared through the networks?  Come up with a bit of folk enlightenment, maybe put it into a jpg pic as a “meme” (horrible mis-use of that word!).  Keep it simple – a quick saying or maybe a set of “tips” devoid of heavy philosophy that could wear down a bizzy day.  It could be a Bible verse or a simple admonishment to be a more decent person.

There’s nothing wrong with this sort of stuff, and it probably has been present throughout the history of human interaction.  But the volume and popularity of these sorts of things leads me to wonder if there isn’t a hunger for spirituality and connection that is missing from the ordinary grind of the day.  There appears to be a missing presence in the moment, a sense that ghosts float past our conscience whispering a calling to be a better part of the world. 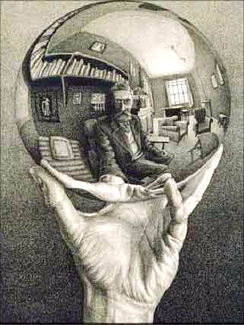 This is the kind of Romanticism that I find missing in the life that we have beyond the Existential world of twentieth century “modernism”.  The detachment of Meursault, protagonist in Camus’ “The Stranger”, is found wanting and largely irrelevant to most people even as our culture is defined by the selfishness that this philosophy inevitably had to implode into.  Novels and other works of art that should be defining our culture instead try to define the individual, the hero, as a lone actor doing what they must and forcing the world to conform to their own interior view.

Longtime readers will understand that I constantly sneer at narcissism and its place in popular culture.  It does seem to define huge hunks of the developed world, at least, even as the developing world gets its own act together to become something much bigger.  But anyone can complain – coming up with an alternative is where it has a chance at becoming useful.

Or, if we do it right, a movement.  Perhaps even the definition of the next vision of our own culture.

My first offering was heavily Christian, and I’ve been working to redefine it as Exstasism, the practice of living outside of yourself.  It’s not for everyone, it turns out, and I’ve learned just how hard this process can be for many people.  But the principle is fairly obvious in its own way – it’s not all about you, it’s just not that kind of party.

There’s a pithy, tweetable phrase.  Put that below an iconic pic and maybe we have something.

I’ve had several conversations along these lines lately, and I want to engage those of you who I have yet to meet in this ongoing multilogue of thought.  What it boils down to is a re-invention of “self” not only as the only viable vantage point any honest person can confess to, but a being that is engaged in a world where the cultural motives and intellectual heritage at the other end of any daily engagement can’t be done with any presumption.  Pithy sayings aside, not everyone we run into has the same values any of us do.

The resulting confusion, the “cognitive dissonance”, floods through all of our lives in a torrent that leaves nearly everyone just a shade autistic and beyond coping.  I think there is indeed a greater need for pithy folk spiritualism, if only to tell people to stop and be fully into a quick moment sprinkled into a hectic day.

What does that mean for someone who wants to carve out a living as a practitioner or craftsman working their skills in politics, literature, or economics?  It seems that what is being called for is a sense of connection, or at least a way that there is something beyond the celebrated self of the greater culture around us.  There does appear to be a longing for something a little bit more, though it is often expressed as a personal appeal to strength and not a calling to serve the rest of the world.

What matters is that people are grabbing onto inspirational sayings because they appear to need them.  Why is that?  It should be obvious in a time of terrific change and harsh depravation.  But then again, it may not be.  There appears to be something beyond the material, a set of aspirations calling us all away from a materially defined world into something held tighter in any given moment.

A Romantic can hope, at least.  What do you think?  Need more background?  Just follow links and I hope you’ll feel rewarded.