It was frigid and slippery, but that didn’t stop more than 300 people from showing up at “Peace in Powderhorn: a vigil to reclaim the park.”

Community organizers, neighbors, and elected officials came out in response to an uptick in violent activity in the neighborhood in the past few weeks. On November 12 a drive-by-shooting left 12-year-old Guadalupe Galeno Hernandez hospitalized. Then a Minneapolis mother was skiing in the Powderhorn Park with her two children when four assailants sexually assaulted her, and later, two girls in the nearby neighborhood. Soon afterwards, neighbors began organizing the vigil and urging contributions to a fundraiser for Galeno Hernandez, who was likely left paralyzed by the shooting.

After hearing about the vigil, the mother who was assaulted posted an anonymous message on E-Democracy.org suggesting a certain tone for the event. “Please take this [vigil] as an opportunity to celebrate our riches. I would love it if people came out to sing, dance, ski, sled, play Frisbee, etc. Let’s make it a celebration of our community and our park!” she wrote.

Powderhorn supporters did not disappoint. They lit bonfires and candles, drank warm cider and cocoa, hula hooped, danced to the sound of brass horns, sang peace songs, and brought puppets-a widely recognized staple of Powderhorn Park thanks to the annual May Day Parade.

Mayor Rybak addressed the crowd and recognized the unique spirit of the vigil and the mother who had been assaulted. “We know what Powderhorn is about, and we know that even in terrible, horrible moments you come together and do great things,” he said. “Thank you for that.” 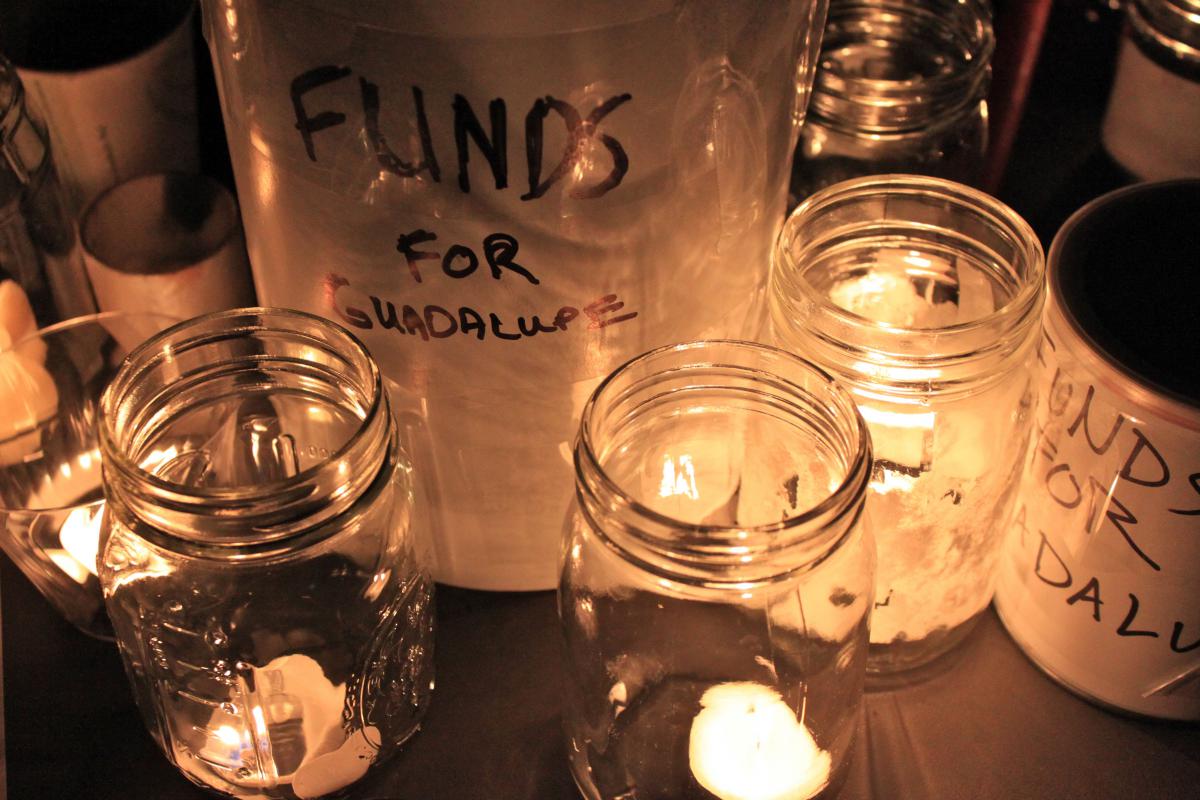 For some concerned neighbors the vigil was just the first step in organizing against crime. Francesca Regina, 23, lives just blocks from the park and brought her three-year-old son to the vigil. A stay-at-home mother and volunteer, Regina is worried about safety in the neighborhood. She had heard about both the shooting and the sexual assault and had hoped to connect at the vigil with other neighbors. She thought she could find out more about starting a neighborhood watch group or something similar.

“I have a lot of concerns. I like the neighborhood by day, but by night it’s a different story,” Regina said as she warmed her son’s hands near a bonfire. Soon after she moved into her house in May, Regina began hearing rumors of a crack house across the street and began fearing for her son’s safety. She frequently takes him to play at her friend’s house nearby, but worries about walking home at night.

Organizers of the vigil hoped to get neighbors like Regina to attend a safety brainstorming gathering December 2, at the Powderhorn Park Neighborhood Association at 6:30pm. Event organizers hope that the session will give Regina and others something concrete to do after the vigil.

“I felt compelled to come tonight,” said Regina. “But I’m just not sure how to get organized as a neighborhood.” That, it seems, is the next step.