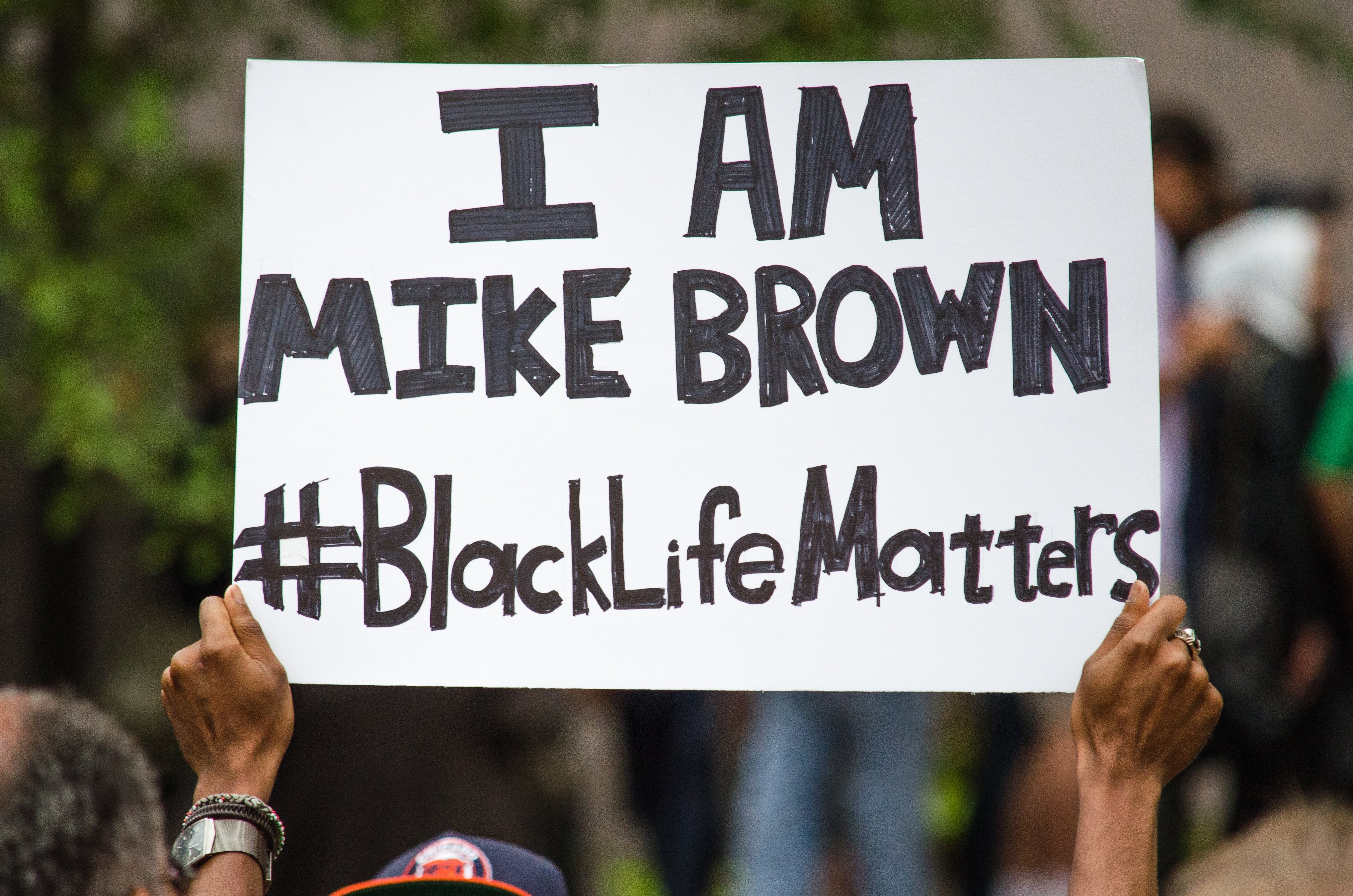 Twin Cities residents continue to feel the reverberations from the early-August shooting of an unarmed Black teenager by a police officer in Ferguson, Mo. with local activists calling for more tools, training, transparency and accountability within local law enforcement in order to curb racial injustices within the criminal justice system.

Almost a thousand activists flooded downtown Minneapolis on Aug. 28 to attend a rally against police brutality and racial inequality. The protest remained peaceful and well-organized despite briefly closing off major roads and disrupting traffic downtown. Minneapolis police held back traffic as protesters made their way to the rally at the Hennepin County Government Center Plaza.

The protest, organized by the emerging Young People’s Freedom & Justice Party, came almost 12 hours after St. Paul police shot and killed a man who was allegedly throwing large rocks and acting aggressively toward officers. And just two days ago, a video surfaced showing a St. Paul officer tasering and arresting a Black man who was waiting to pick up his children from daycare.

Activists from all social and racial spectrums attended Thursday’s rally, many holding signs with slogans “I am Mike Brown” and “Black life matters” splashed across poster board.

Though many of the protesters remained united by similar conviction to end racial injustice, almost every individual had their own idea about solving this multifaceted and emotionally charged issue.

Darnella Wade said she wants to equip all on-duty police officers with body cameras. “I think when people know they’re being watched, they behave themselves better,” she said. “And it just makes us feel safer.”

Mike Herndon said national leaders must accept that racial inequality actually exists before further progress can be made.

“We hear a lot of nice talk from a lot of [political leaders] and they keep on talking about how they want to these fix problems,” Herndon said. “But they never acknowledge that the police system is racist, they never acknowledge that [Black Americans] are racially profiled, that we are pulled over at a much higher rate, that we are incarcerated at a much higher rate than our White counterparts.”

Speaking to the growing crowd on Thursday evening, activist Mel Reeves encouraged communities of color to show their collective power by boycotting racist businesses and companies, and challenging the components of structural racism — like generational poverty and inequity — in their communities.

“But we can’t end racism by ourselves,” Reeves added. “We need to come together to create a platform, a platform for justice.”

The pressure for racial equality seems to be mounting on a local and national level said Nancy Heitzeg, Professor of Sociology and Critical Studies of Race and Ethnicity at St. Catherine University. Recent solidarity rallies and public demonstrations underscore “long standing concerns about police brutality and police violence … that rise to public attention with the case of a dramatic killing,” she said.

“This certainly will renew again calls for the reform of policing,” Heitzeg added. “But I think that any real change in what’s happening is going to require a longer conversation about the de-criminalization and the de-incarceration [of people of color].”

That kind of work won’t always be glamorous, Heitzed said, and it will take a long time and often be difficult.

For Herndon, that means pushing people out of their comfort zones.

“People have to be uncomfortable to solve these kinds of problems,” he said. “They’re never going to change unless they’re forced to change,” he said.

Clarification: Additional information was added to clarify that traffic downtown was briefly interrupted and that police worked with protesters as they made their way to the rally at the Hennepin County Government Center Plaza. The word “accountability” was also added to emphasize the demands by protesters.