By now you probably know that people of color nationwide have, among other things, higher rates of unemployment, poverty and educational disparity compared to white people.

Here is one more fact to add to the list: People of color are also exposed to nearly 40 percent more polluted air than whites, according to a University of Minnesota study released Tuesday.

The study looks at the differences in pollution exposure by race, income, education and other categories throughout the country, said Julian Marshall, the study’s lead researcher and a civil-engineering associate professor at the University of Minnesota.

“The main ones are race and income, and they both matter,” Marshall said in an interview. “In our findings, however, race matters more than income.”

The study, “National patterns in environmental injustice and inequality: Outdoor NO2 air pollution in the United States,” found that people of color are exposed to 38 percent more outdoor nitrogen dioxide (NO2), which comes from vehicle exhaust and power plants, than whites.

“We were quite surprised to find such a large disparity between whites and nonwhites related to air pollution,” Marshall said. “Especially the fact that this difference is throughout the U.S., even in cities and states in the Midwest.”

Nitrogen dioxide concentrations in the Twin Cities, as in most cities, are higher near downtowns and areas with major highways. And Minnesota is among the top 15 states in the nation with the largest exposure gaps between people of color and whites. New York, Pennsylvania and Illinois top the list. 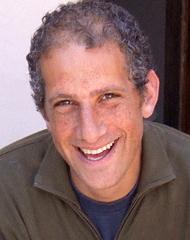 Right: Julian Marshall (Photo courtesy of the University of Minnesota)

The study found that the health implications of the exposure gaps between nonwhites and whites are alarming.

For instance, the study states:

Breathing NO2 is linked to asthma symptoms and heart disease. The researchers studied NO2 levels in urban areas across the country and compared specific areas within the cities based on populations defined in the U.S. Census as “nonwhite” or “white.”

The health impacts from the difference in levels between whites and nonwhites found in the study are substantial. For example, researchers estimate that if nonwhites breathed the lower NO2 levels experienced by whites, it would prevent 7,000 deaths from heart disease alone among nonwhites each year.

The Environmental Protection Agency has added NO2 to its main list of air pollutants to monitor. The list includes ozone, carbon monoxide, sulfur oxides, nitrogen oxides and lead.

Air pollution remains the world’s biggest environmental health risk, according to the World Health Organization (WHO). In a report published last month, WHO said 7 million people worldwide died in 2012 as a result of pollution exposure.

Video abstract: environmental justice in NO2 air pollution in the United States