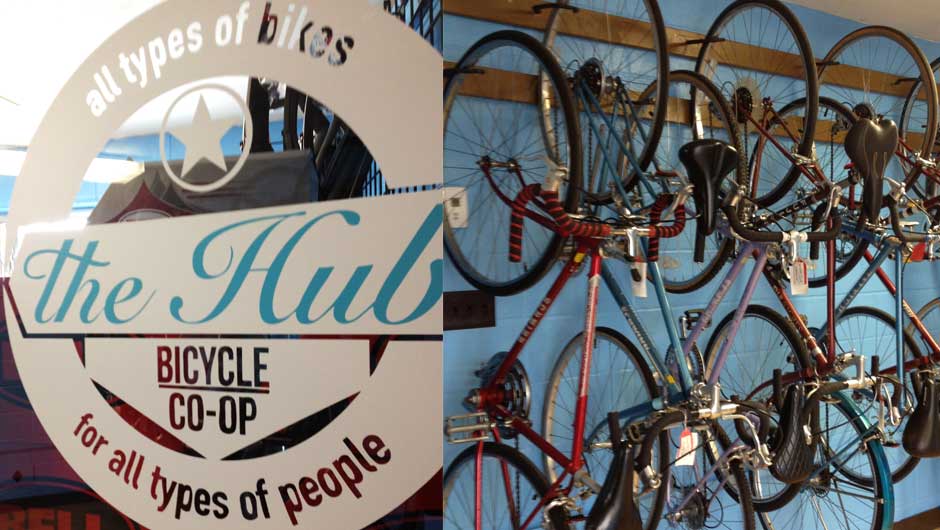 It was perfect weather on Friday for the grand opening of The Hub, the new mini-store that has moved in next to Spokes in Seward.

The shop will work closely with Spokes, selling used bikes that were donated to Spokes and have been repaired, with some of the proceeds going back to the non-profit. They will also have parts available for purchase during open shop times at Spokes.

Expect to find commuter-friendly parts and accessories, lights, helmets, fenders, locks, and small parts such as cables, housing, and brake pads at the store.

Why the collaboration? Josh Weichsel, Hub store manager, explained, “I think that we were a natural partnership because we share the same ideals. We both want to encourage cycling as a viable form of transportation and we both see cycling as a great means of building community. We also have a wealth of experience in retail bike shop management which allows us to advise on technical matters.”

Since the Hub shares the building with Spokes they will not be repairing bikes. However, Weichsel said that “during open shop times Spokes staff are happy to advise people on how to repair their own bikes and provide the use of tools.” 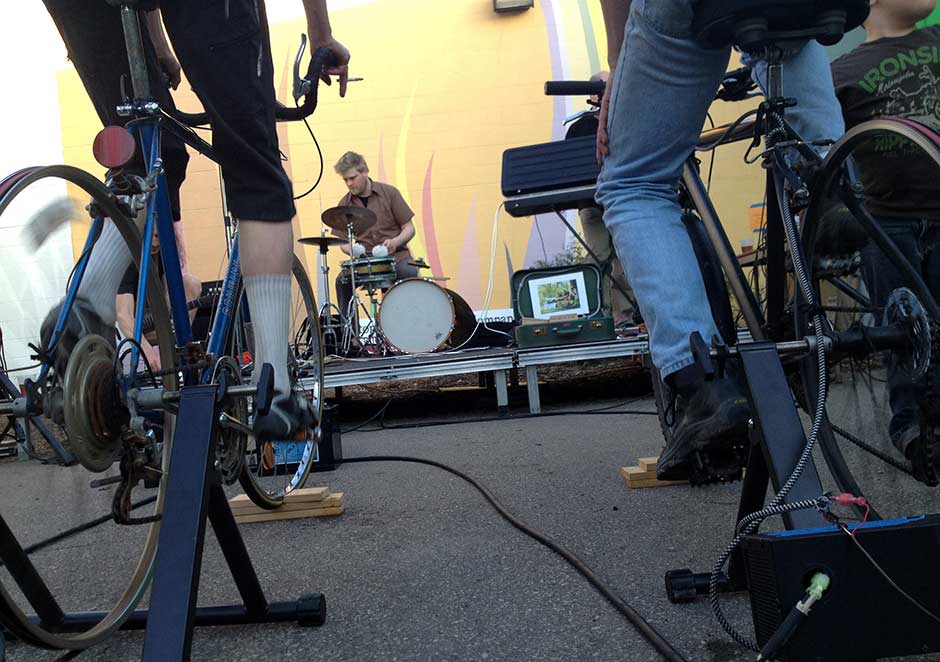 The band the Eclectic Ensemble performed a pedal-powered set with the help of volunteers from the audience. The band performs all summer, transporting gear by bike and relying on solar or bike power for its microphones, keyboard, and amps. 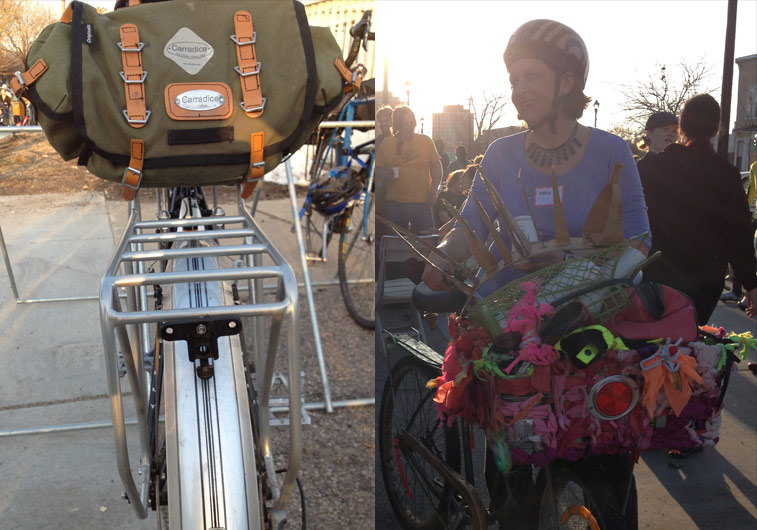 There were all kinds of bikes in attendance at the grand opening – some retro chic, some eclectic, some plain-jane commuters, and some towing trailers. 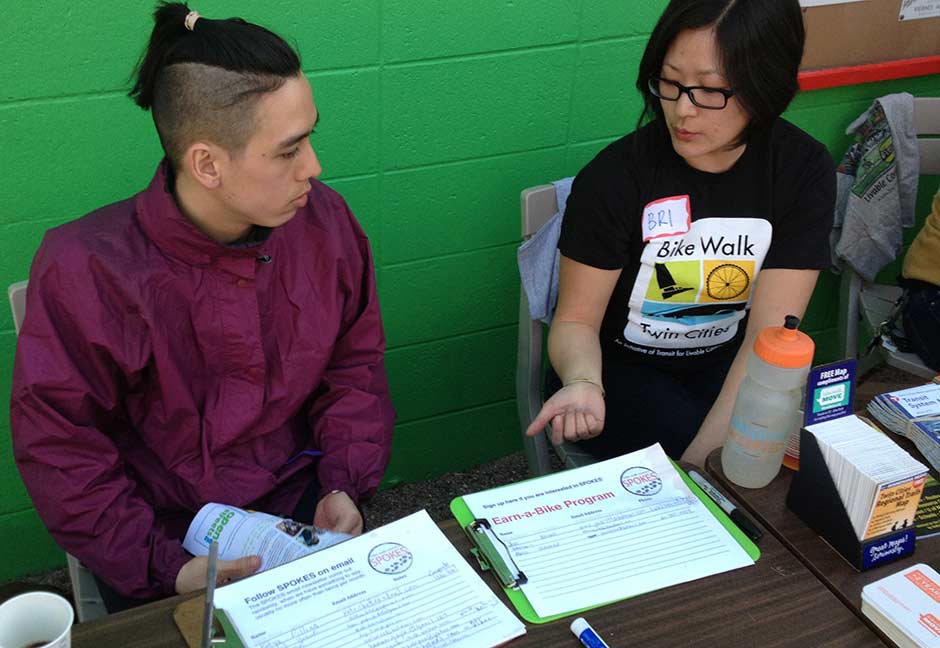 Vin Lu (left), a volunteer with Spokes, sits at the information table with Bri Whitcraft from Transit for Livable Communities. With winter a not-very distant memory, Whitcraft commented, “Some of the best times are biking at night when it’s lightly snowing and no one’s out.” 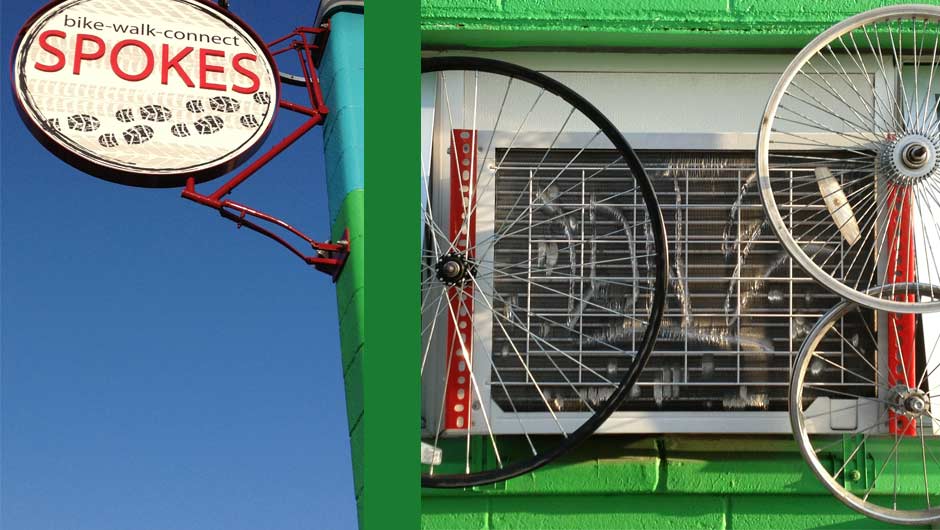 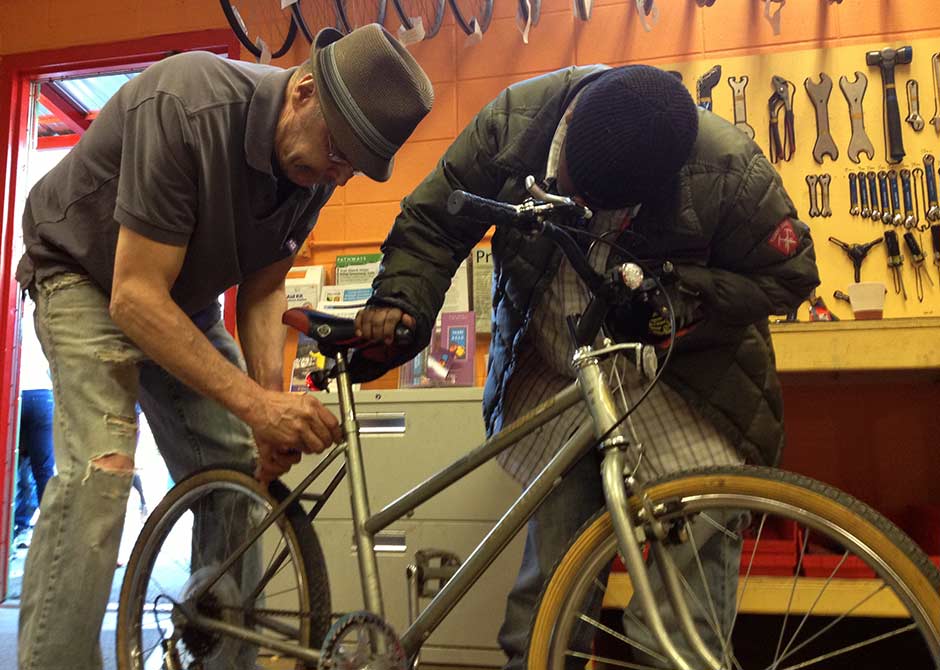 Walter Diksanen (left) is a volunteer with Spokes. He said that he biked as a kid, but recently got interested in biking again. He helps Ali Yousuf fix his bike in the Spokes repair shop during the grand opening celebration.