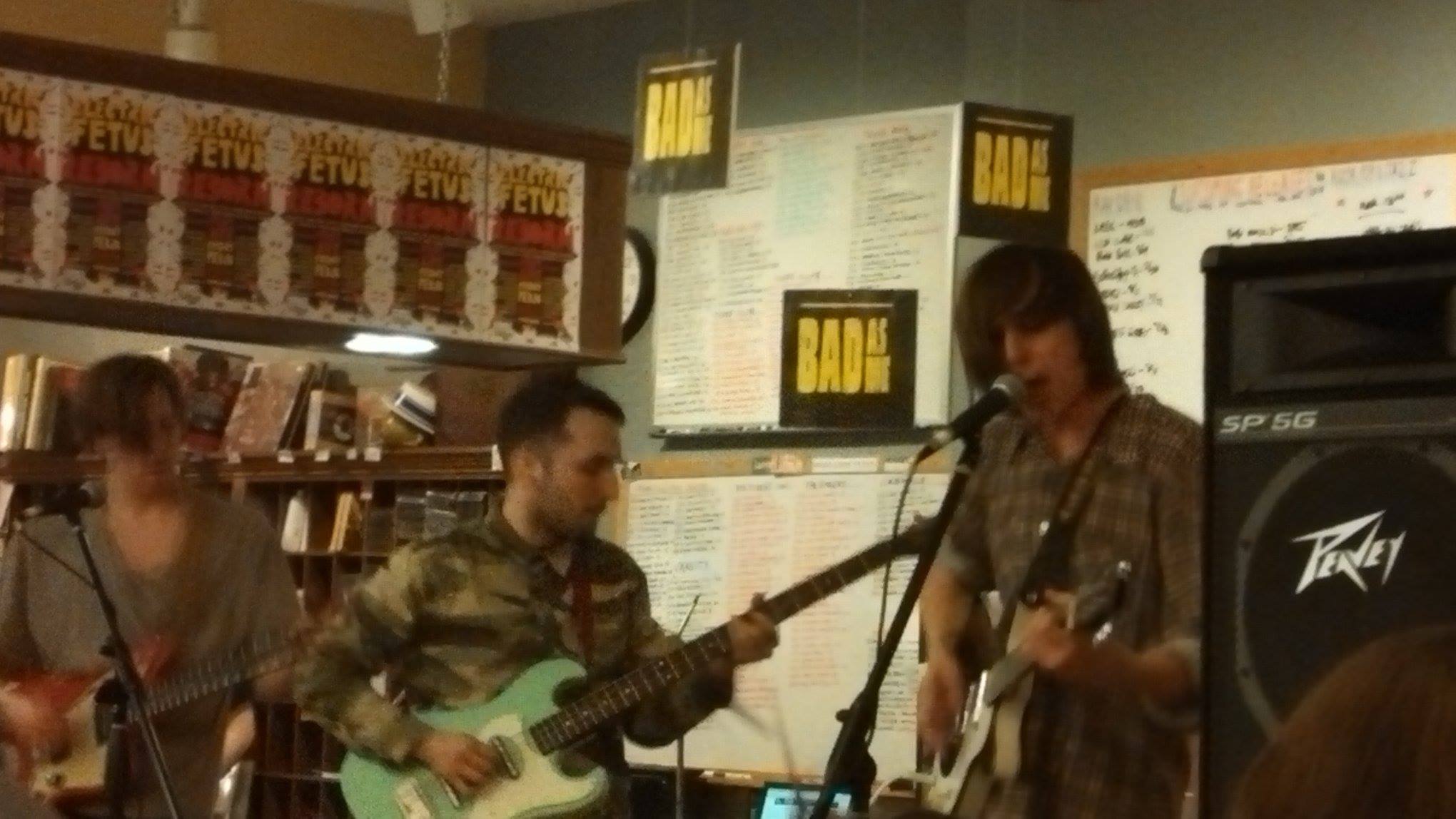 Howler at the Electric Fetus

For just a few minutes on Wednesday, March 19 I was transported to 1986 in St Paul’s Northern Lights record store basement listening to Husker Du or Rifle Sport. In reality I was in the Electric Fetus listening to an in-store performance by Howler. There wasn’t any slam dancing, it doesn’t feel like a basement but the music sure could have passed.

Howler played songs from their new CD, World of Joy (released March 25) and as warm up to their show Thursday night at the Triple Rock. Their latest material still has that familiar garage punk sound reminiscent of the Twin Cities 80s scene, but the songs are slower paced than their earlier work. I’m hard pressed to say a band with members so young has mellowed, but I think they have – in music and temperament.

I heard a sneak preview of some of the songs at The Current’s Birthday Party in January but for the most the music was new to me. Don’t Wanna is the song that’s getting airplay right now. It’s a solid song that showcases Jordan Gatesmith’s strong vocals. Indictment has a faster beat and is pleasantly heavy on guitars and bass. Some of the music has a beach quality, most of the songs are pretty catchy with enough repetition to get into your head after just a few listens.

The band was very likable. That hasn’t always been the case as they have seemed a little too cool for school and previous performances I’ve attended. While this time they mostly stuck to playing music (nothing wrong with that!) and eye contact isn’t a top priority but they made a point to thank the Electric Fetus and the audience and I think I saw them all smile.