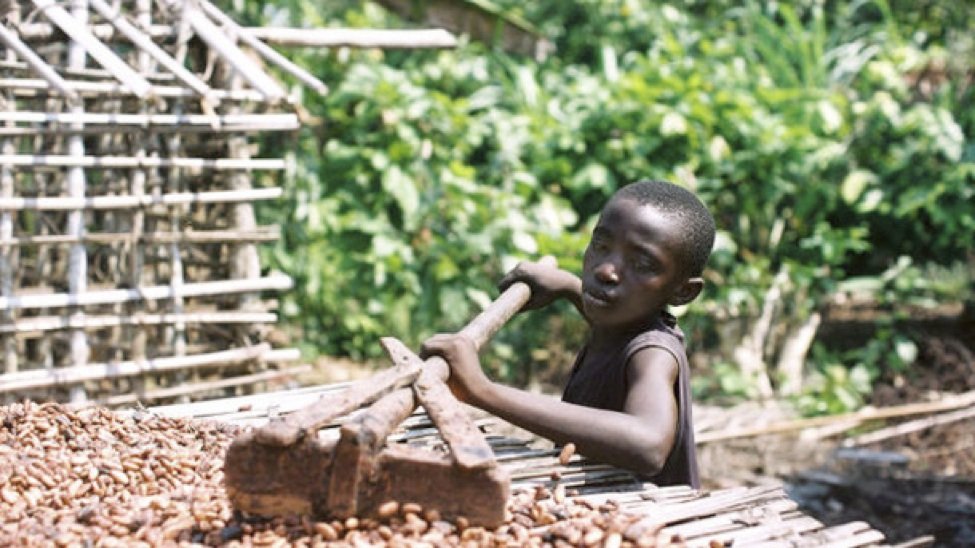 Current Republican candidate for Minnesota Governor, Jeff Johnson, was employed as a corporate attorney for Cargill from 1997-2001. According to the “About Jeff” bio on Johnson’s website, he worked at Cargill, Inc. “to handle employment and labor law matters.” It just so happens that some of the employees at Cargill around this time were child slave laborers, forced to work in Cargill’s supply chain.

Cargill is a large multinational corporation based in Minnetonka, MN. It is primarily in the business of buying, trading, and distributing agricultural commodities around the world. Some of these agricultural commodities include fruits such as oranges, cocoa (for the production of chocolate) and palm oil; all of which have been found to have used child slave labor to produce said crops. In a June 2001 article about this child slave labor, the Milwaukee Journal Sentinel wrote that:

“The company ships directly from Ivory Coast to plants in the United States and Europe. Sells under its own name and under the brand Wilbur Chocolates Co. It processes cocoa beans to make chocolate, cocoa powder and cocoa liquor and then sells them to chocolate manufacturers and food processors large and small around the globe.”

International reports of child slave labor in the production of these commodities began primarily in the late 1990s, but continue today. In 1998, UNICEF released a report that claimed farmers in the Ivory Coast of Africa were using widespread child slave labor, and were trafficking the child slaves from poorer surrounding countries including Mali, Burkina Faso, Benin and Togo. In 2000, the U.S. State Department released its yearly human rights report which claimed that approximately 15,000 child between 9 and 12 years old had been trafficked and sold into slavery to produce cotton, coffee, and cocoa in the Ivory Coast of Africa.

In May 2003, the International Labor Rights Fund sued the United States Customs Service for “breaking American trade law and allowing African picked by indentured child labor to be imported into this country.” Terry Collingsworth, the head of the ILRF said the cocoa was purchased by “large international food firms like Nestle, Cargill, and Archer Daniels Midland Company”. The ILRF wanted the Customs service to stop these companies from importing cocoa from the Ivory Coast and penalize companies involved.

Then in July 2005, Cargill was sued by the International Labor Rights Fund (along with Nestle and Archer Daniels Midland) on behalf of children in Mali who were trafficked from Mali into the Ivory Coast (Cote d’Ivoire) and “were beaten and forced to work 12 to 14 hours a day with no pay and little food or sleep.” According to the Organic Consumers Association”: “The three main plaintiffs said they were ages 12 to 14 when were taken from their homes, but the lawsuit covers “thousands” of children who were allegedly enslaved from 1996 until the present to work in the Ivory Coast region.”

These discoveries of Cargill’s use of child slave labor have proved so damaging to the company’s image that today Cargill maintains a permanent apology page on its website, in a section about the company, including the “Cargill Coca Promise” in which they pledge:

“We are concerned about the safety and well-being of children who may be involved in dangerous or forced work on cocoa farms, and we do not accept the use of illegal, abusive or enforced labor in any of our operations. Cargill does not own or operate farms but we are taking action to help tackle child labor and improve working practices in the cocoa supply chain.”

Despite this pledge, Cargill has recently (July 30th 2013) been found to be still using child labor in the production of palm oil.

As of 2014, Cargill (along with Nestle and ADM) is still in court over their use of child slave labor for cocoa production in the Ivory Coast. They are even accused of “aiding and abetting the luring of the men across the boarder from Mali to the Ivory coast in the 1990s,” where the child slaves were then put to work producing cocoa. The companies had appealed previous rulings against them. In December of 2013, a US appeals court ruled that corporations like Cargill could be held liable under the Alien Tort Statue. The corporate communications manager for Cargill responded to the ruling by saying” while we are disappointed in the ruling, we believe this is a temporary setback and are confident we will ultimately prevail in this suit.”

After Jeff Johnson left Cargill in 2001 – while he was a state legislature – he formed his own law firm called Midwest Employment Resources which his Linkedin claims: “Provided investigations of workplace misconduct and management/employee workplace training to employers throughout the United States”Johnson purports that his “specialties in law are “employment law, labor negotiations, management and employee HR training, workplace investigations.”

So if Jeff Johnson specialized in employment law and labor negotiations, how much did he know about Cargill’s use of child slave labor? That appears unclear, but wouldn’t it have been Jeff’s responsibility, as Cargill’s lawyer in charge of employment and labor law, to review the labor conditions of Cargill’s employees and suppliers.

With its team of lawyers that once included Jeff Jonhon, Cargill continues to draw out the lawsuits against it for using child slave labor in an attempt to avoid paying retribution to the child slaves that were used in its supply chain.