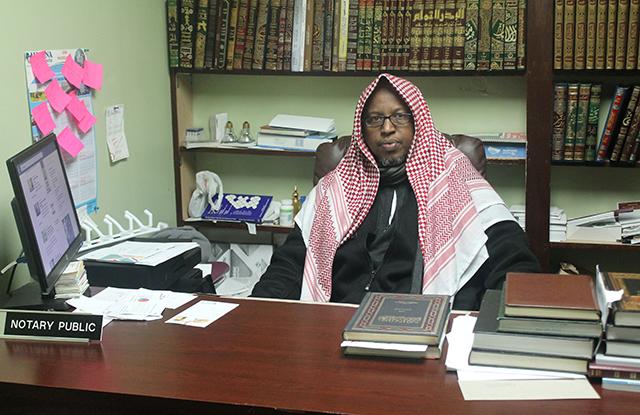 In 2009, two mosques in Minneapolis decided to join forces to purchase a space and establish a large Islamic Center in the Twin Cities area in hopes of accommodating Minnesota’s growing Muslim population.

After a long search and an ambitious fundraising campaign, in 2012 mosque leaders purchased the former Medtronic headquarters in St. Anthony — rebranding it as Abu Huraira Islamic Center (after a companion of Prophet Mohammed).

Later that year, when mosque leaders sought a permit from the St. Anthony Village City Council, however, they encountered bitter resistance from local residents during a public hearing. Residents made it clear that they didn’t want to see an Islamic center in their community — and why they felt that way.

“There is no other religion in the world that condones violence,” resident John Murlowski testified. “Islam is evil.”

“There are no pluses at all in letting this mosque into our city,” said Rob Lundeen, another resident.

“Where did you come from?” asked another. “Change your own country.”

After the testimony, the St. Anthony City Council voted 4-1 against the proposal, explaining that the plans for the Islamic center were not compatible with light-industrial zoning of the St. Anthony Business Center, where the mosque would be located.

Lori Saroya, executive director of the Council on American-Islamic Relations in Minnesota (CAIR-MN), was concern to hear the comments made publicly at the meeting about the mosque. “But what was more concerning was that [St. Anthony Mayor Jerry Faust] allowed that,” she added. “In other mosque opposition cases, [officials have] been very clear…that out right bigotry will not be tolerated at a City Council meeting.”

Sheik Abdirahman Haguf, co-founder and leader of Abu Huraira Islamic Center, echoed a similar sentiment about what had been said at the meeting. “I was very disappointed with the way we were treated at the City Hall,” he said. “We left there feeling down.”

Saroya said the Abu Huraira case is just one of six cases in Minnesota that have encountered fierce land-use opposition over the past two years. Most of these cases were eventually approved, despite community resistance.

Leaders of the Abu Huraira Islamic Center turned to CAIR-MN for legal support, and the organization asked the U.S. Department of Justice to investigate.

The department went on to find that the city violated the Religious Land Use and Institutionalized Persons Act, and U.S. Attorney Andrew Luger filed a federal lawsuit against the city of St. Anthony for refusing to allow a permit for Abu Huraira Islamic Center.

The Islamic center, said Haguf, initially wanted to solve the case through dialogue with the community and council members. “We asked the City Council members to meet with us so we can explain who we are,” Haguf said. “They said ‘no.’ Then we held an event at a church near the St. Anthony City Hall. There were a lot of people. We talked about our religion. We told them that we are regular people who want to be part of the society.”

U.S. attorney, city officials and Abu Huraira representatives announced Tuesday a settlement agreement, which ends the federal lawsuit. “The city’s decision will be reversed and soon members of Abu Huraira will be able to hold prayer services in this building,” said Luger at a Tuesday press conference.

As part of the agreement, St. Anthony also agreed to pay $200,000 in attorney fees for Abu Huraira Islamic Center. The city also agreed to train its employees in land use requirements of the Religious Land Use and Institutionalized Persons Act, the law which the city allegedly violated.

“Today marks a new beginning for the Somali community and the people of St. Anthony,” said Luger on Tuesday. “ It’s a proud day for all Minnesotans, and injustice from 2012 has been reversed and freedom of religion has prevailed.”

The Minnesota Muslim community has been closely watching the case for the past two years. For many, the rejection seemed motivated by a fear of Islam and Muslims.

During the press conference on Tuesday, Haguf tried to address those concerns: “We understand that you may have some fear of Somali people, and Muslims. But I want to tell you, we came here 20 years ago seeking freedom, and safety. The same reasons your forefathers came here: safety and freedom, including religion.”

Global Somali Diaspora Deputy Director Sadiq Warfa has played a role in the fight to open the Islamic center in St. Anthony. He said he knew early on that the decision to reject the mosque wasn’t right — and that it should be overturned. “Injustice was reversed,” Warfa said in an interview, “because this great country considers religious liberty as our first freedom, because the religious liberty is the bedrock upon which all other religions rest.”

Warfa added that there are many Americans who have the wrong perception of the Muslims because of media that “portrays our great religion very negatively.”

It’s not only Muslim leaders applauding the deal, though. Steve Hunegs, executive director of the Jewish Community Relations Council of Minnesota and the Dakotas, also praised the settlement, saying that religious freedom is a right all Americans must be able to exercise.

Hunges said in a statement: “The Muslim community is an integral part of the diverse and democratic society in Minnesota and we stand in solidarity with them.”

“It’s unfortunate that this took two years,” CAIR-MN’s Saroya said. “This could have been a mosque in 2012. But moving forward, it’s positive that, finally, the City Council is indirectly admitting that a mistake was made in 2012, injustice was committed and that they’re now taking steps to fix that.”