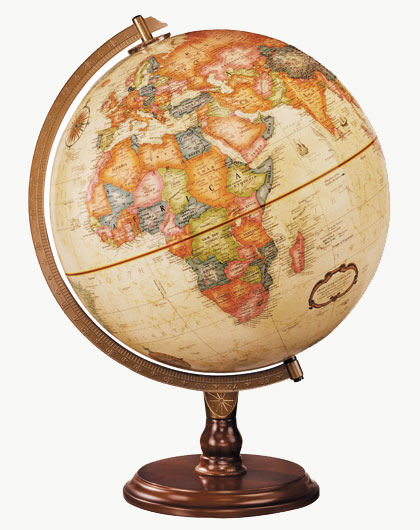 The vast majority of economists (over 90%) favor opening our borders to free international trade. By contrast, as a whole, American citizens actually hold a slightly negative view toward trade with some 49% perceiving it as a threat to the economy from foreign imports.  Why the disconnect?  Well, Americans in general might be leery about trade because of the effect that it has on individual workers and Americans employed in the “blue-collar” sector of the economy.  These concerns are obviously legitimate, so in this article, I will lay out the economic consequences of trade along with the social and moral responsibilities that accompany it.

Economists who make normative statements about the way they think the government should set its policies tend to operate using two primary principles.  The first is the Pareto principle, which advises us to undertake a policy if it makes certain individuals better off without making anyone worse off.  For example, according to the Pareto principle, even if a policy were to give $100 each only to the richest 1% of Americans, we should do it, so long as it harms no one else in the income distribution (not an unreasonable claim I would suggest).   Unfortunately, the world of policymaking typically isn’t so convenient; usually, a policy change hurts some and helps others.  Economists are, therefore, forced to operate under a second principle known as the Hicks-Kaldor criterion.  Hicks-Kaldor suggests that the government should undertake a policy if the gains to the winners could fully compensate the losses of the losers, while still leaving some extra gain left over.  In other words, if a policy were to take $100 from me, but give $200 to you, we should hypothetically do it because you could give me my $100 back and still have an extra $100 dollars left over for yourself.

This is exactly the type of outcome we generate with international trade (which is why economists like it so much).  Free trade makes the country as a whole richer, all the while creating a system of winners and losers.  What is important to those who care about equity is who the winners and losers are.  In America, the winners have tended to be white-collar, wealthy workers whose services and tech-savvy are exported abroad.  The losers have been those at the bottom of the income distribution who have seen their jobs not their products get shipped overseas.  For instance, we now import most of our textiles from China and our manufacturing sector has been continually shedding jobs to foreign nations for the past 30 years (although to be fair, they actually added 136,000 jobs this past year).

At the same time as low to middle income workers have lost to foreign competition, the richest Americans have done remarkably well.  The wealthiest 1% now earn 24% of the nation’s income, and American income inequality is at its highest level since the 1920s.  A lot of this is due to a decrease in the top tax levels, a drop in unionization, and an increase in skill-based technological change…but some of it is due to trade.  What we’ve essentially seen free trade do is take $100 out of the pockets of low-income workers and give $200 dollars to the rich (and then repeat this process many times over).

Now that doesn’t mean that trade is a bad thing.  In fact, I think we should support it-it makes our nation stronger overall and improves economic growth.  However, it also means that we need to find a way to make the winners of trade actually compensate the losers-otherwise trade acts like a purely regressive policy-and, of course, we have the tool to do that, progressive income taxation.

Progressive taxation could effectively take back some of the trade-based gains of the rich and put them into the hands of poorer workers who have lost out.  Ironically though, in a time when high marginal tax rates on the rich are well-justified, we’ve seen many of our state and federal leaders calling for tax cuts.   This kind of backward logic hurts the nation by targeting those most vulnerable among us.  We can do better.  Responsible trade means supporting trade while demanding economic and social justice for its losers.