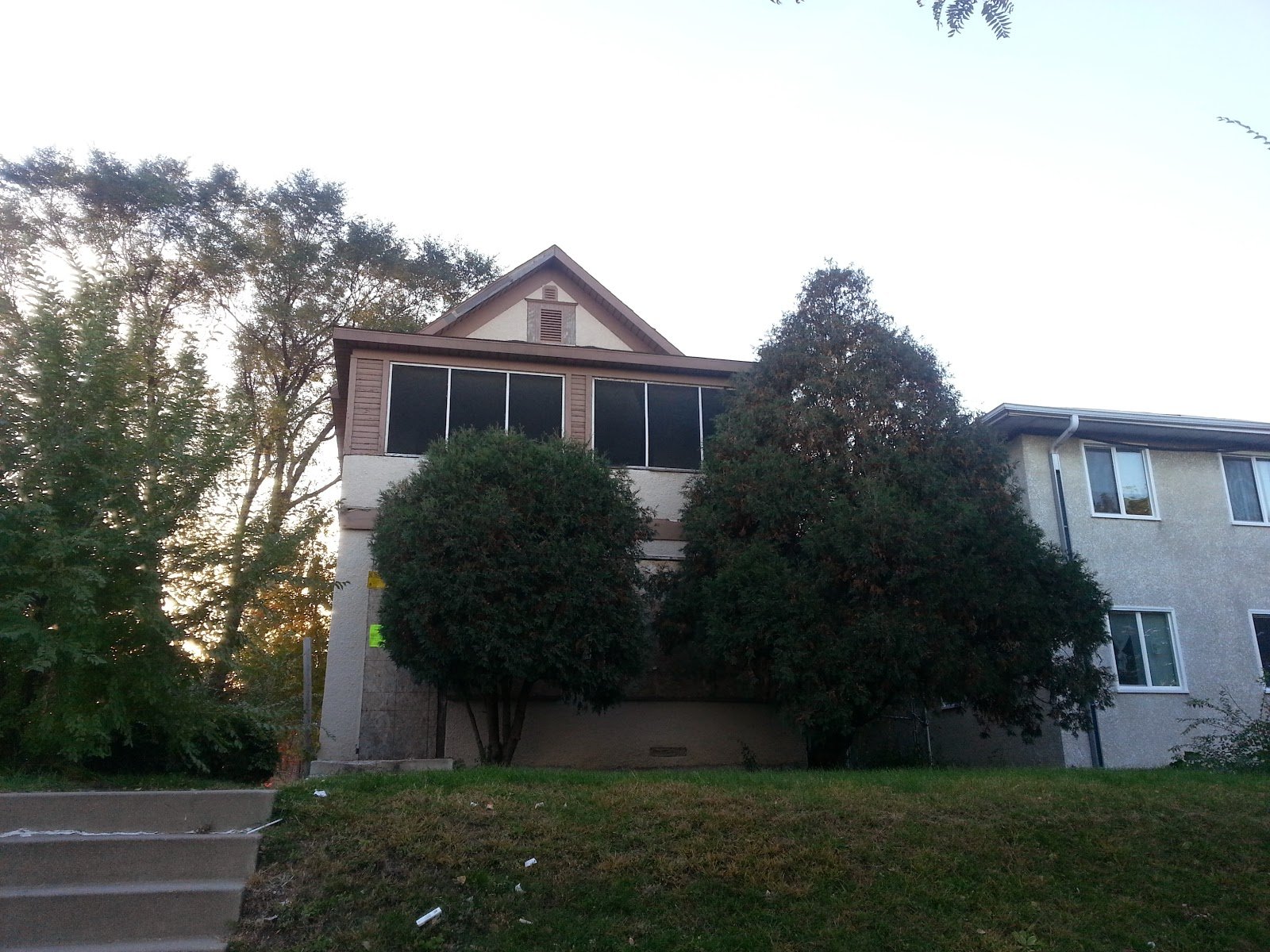 First things first, I wouldn’t actually save this house. Although I certainly would support anyone who might step up, there are other homes in need of my attention and this one doesn’t have enough going for it to be worth taking away from other preservation efforts. What follows is more of an exercise in fleshing out ways that such properties could be saved in the future.

By now it’s no seret that the Workforce Center currently on Plymouth Avenue is heading north to be the anchor tenant as 800 West Broadway gets brought back to life. Part of that development means that this house can’t be on the lot anymore. The space will be needed for parking. In recent years, major developments like this have had the opportunity to save homes by moving them, and failed to do the right thing. Most notably, I think of the Davis Center (the new Minneapolis Public Schools headquarters). There were quite a few very stately homes on the 2100 block of Fremont Avenue North, and I was only a budding preservationist at the time. Even though I go to church across the street, I didn’t realize that the homes would be demolished until it was far too late to muster any effort to save them. To this day I still chafe over that loss.

I want to create an environment over north that basically states to prospective developers: If you do any kind of big project in our community and there are historic or salvageable properties that aren’t going to be there after you’re done, the expectation is that you will move instead of demolish these structures. The hypothetical scenario of how to save 2019 Aldrich can help us get there.

The first thing I would do if I were to save this house is take demolition off the table. That sounds extreme, but an odd dynamic happens as long as demolition is seen as an option. Whenever difficulties arise (and they invariably do with difficult-to-save homes) people are inclined to throw up their hands and say, “Well, we tried, but it was just too hard, and some houses just can’t be saved.” But when demolition is simply not an option, the very same people will get creative and find a way to thread the bureaucratic needle, or reach out to the contractor who can do this job, or raise enough funds from somewhere. It’s amazing how innovative you can get when tearing the house down just plain isn’t an option.

So, we’re hypothetically not tearing this house down, agreed? What next?

Obviously by the time the Workforce Center is complete (and actually well beforehand since a parking lot needs to be constructed) the house cannot be in its current location. So if it’s not being torn down, then the only option is to move it. Thankfully there are more than a few vacant lots within a 2-3 block radius of this spot. One of the biggest expenses of moving a home is lifting the power lines. A nearby vacant parcel will limit that expense.

Second, if the state of Minnesota was going to spend $15-20,000 to demolish such a structure when the only thing that matters at the end of the project is that the parcel wind up vacant, then they can just as easily allocate the funds to subsidize the cost of moving the house. And don’t feed me the line that state law doesn’t allow for that to happen. When Broadway Liquors was destroyed by the tornado, Minneapolis sent lobbyists to the Capitol to get a special law enacted that allowed for the new/re-construction of a liquor store. If we wanted to, we could expend the same effort to preserve our housing stock.

But then we still have the infamous red tape at the city level to go through. I’ve heard a reason against moving a home is that it would then have to be brought up to a full code compliance once on the new lot. Well, this house and most any other home I try to save from demolition is already condemned and needs to pass code compliance anyway. I’ve been told as well that a home can’t be moved on speculation; it needs a new owner to complete the move. The solution there would be to find an interim owner, such as the Preservation Alliance of Minnesota, or the Twin Cities Community Land Bank, who could partner with a contractor who would oversee the move and the code compliance process. It’s hard enough to determine a quality end buyer on turnkey homes in parts of north Minneapolis, so I would not throw that difficult prospect into the mix. The end user for the purpose of moving the home would not necessarily be the owner-occupant of a typical transaction.

But let’s be realistic–or at least as realistic as this hypothetical situation allows. Even if the structure were given away for free, even if the moving of the house were subsidized by $20,000, even if a city-owned vacant lot was sold for a dollar, it’s quite possible that the numbers still wouldn’t work for a private or non-profit developer to take this project on. What then?

Three words: Green Homes North. Our city is heavily subsidizing new construction in north Minneapolis under this banner. The project is a noble, if flawed, endeavor. But the greenest home is the one that is already built. So why not allocate Green Homes North funds to help save the most at-risk homes? To be fair, I’m not suggesting that we abandon subsidized new construction entirely and focus solely on saving homes from demolition. (Ok, you got me; that’s exactly what I’d suggest, but I don’t expect the city to take me up on the offer.)

But if the Minneapolis’ goal of becoming a true “zero waste city” is more than just a fancy slogan, then we have to dig deep to make our policies and ordinances reflect such a value. It’s going to take more work than just banning styrofoam, putting up a few bike lanes, and calling it a day. I’d suggest two incentives, one small and one quite large.

First, anyone applying for a permit to move a home should be able to do it free of charge, all the way from the permit to move a home to the code compliance process. It’s a small token that sends a big message. “If you’re going to save several tons of housing debris from a landfill, if you’re going to save the energy footprint of new construction, you get to do so without permit fees.” That gesture could help set the culture of certain city departments towards a preservationist bend, while perking the interest of contractors who might not have thought they could take on such an endeavor.

And the larger contribution would be that whatever the next round of Green Homes North funding would be, that people moving homes could be eligible for that same level of funding assistance. If someone can get $50,000 to build a new home here, they should be able to get $50,000 to move a home if no other option is available.

If we set up the proper incentives for future development projects, then when we have homes at risk of demolition, developers will have a much easier time helping that house find a new home. 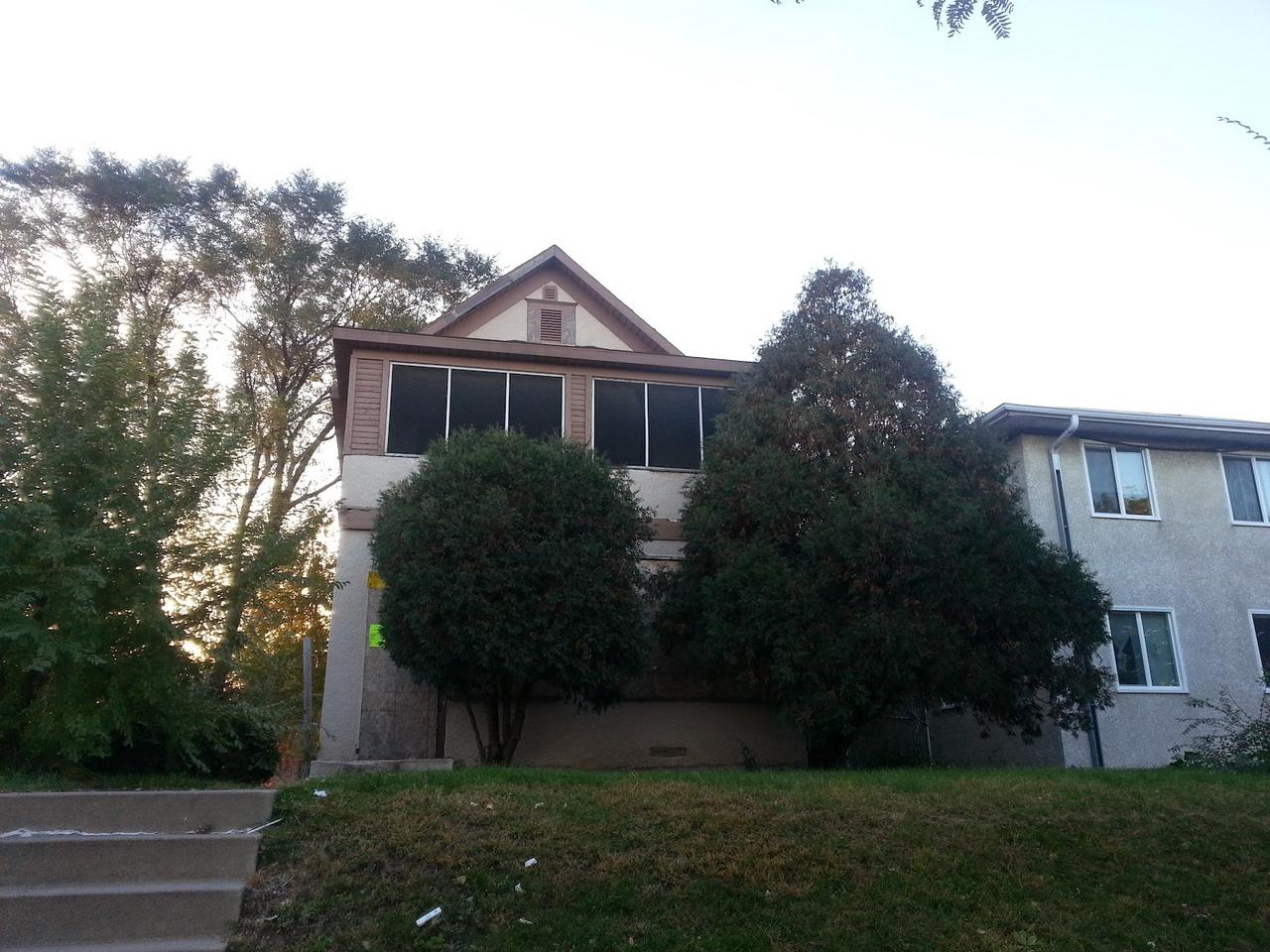 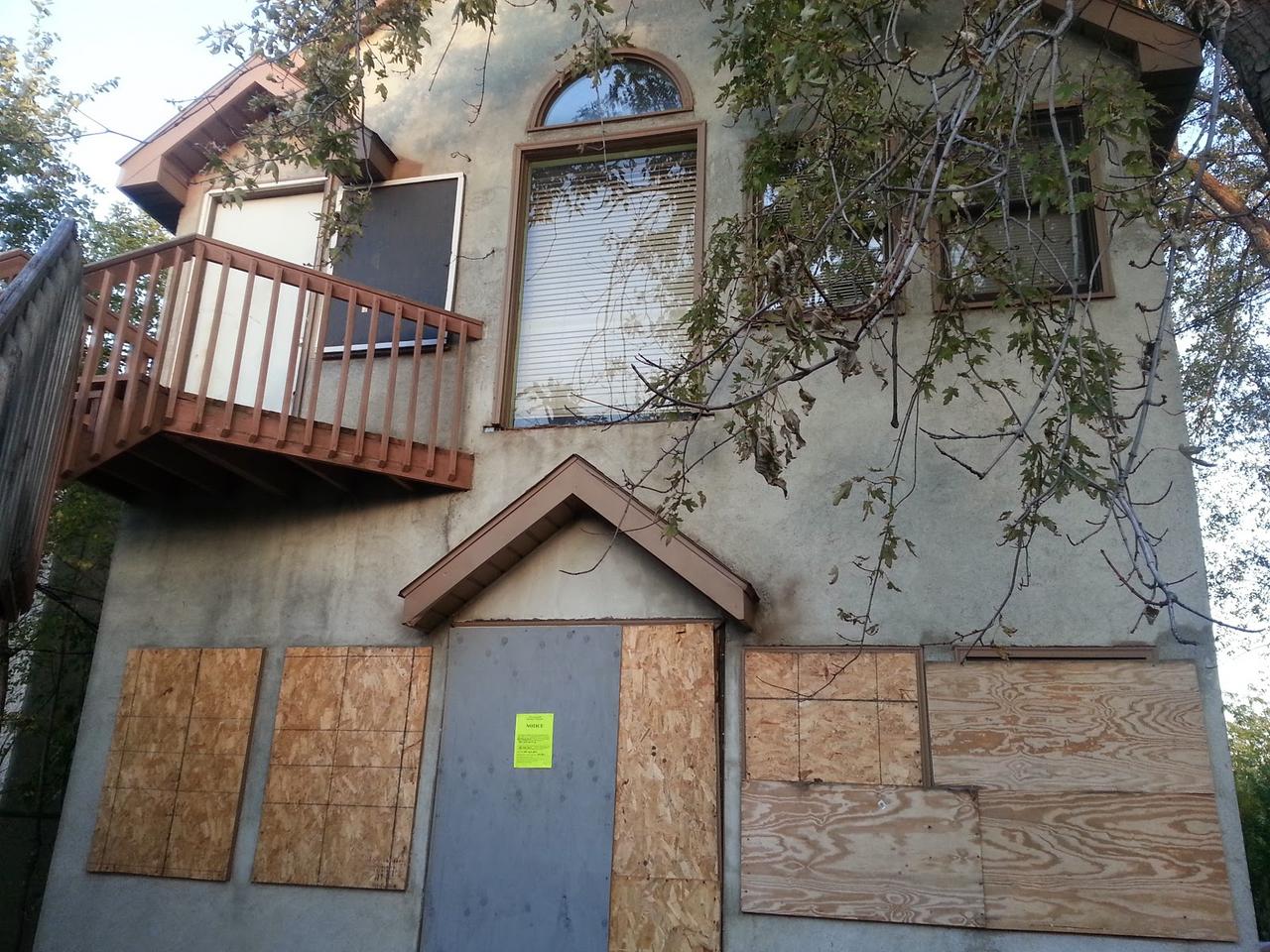