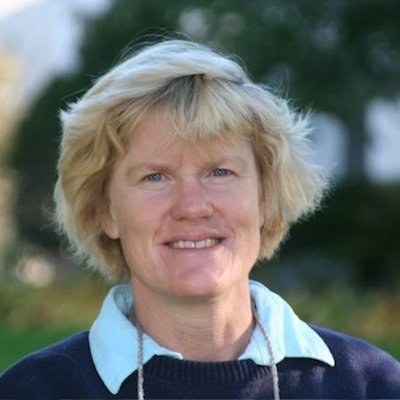 I didn’t start out on the education reform side.

In fact, if you had asked me about the achievement gap 10-12 years ago, I sounded a lot like the teachers’ union. Because I think personal stories are important, here’s how and why I changed.

First, a brief history: I grew up in Arden Hills, MN, graduated from Mounds View Public Schools. Got my first union card in high school. (Thank you, Amalgamated Meat Cutters.) Went to college. Worked in refugee camps in Southeast Asia. Went to journalism school. Became a newspaper reporter. Joined the Newspaper Guild and organized on its behalf. Got married. Started having kids. Followed the Minnesota Law of Return and moved to Minneapolis in 1989.

Okay back to education: Before moving back, I had lived in Chicago, New York, Detroit, Boston and Washington DC and elsewhere. Everywhere I lived, African-American and Latino students were failing in droves. So whenever people criticized Minneapolis Public Schools for its massive achievement gap, my attitude was, why single out Minneapolis?

Poor brown kids had been failing in urban schools across this country for decades. At the time, I saw it, as tragically normal, but I didn’t see how public schools could be faulted for it. After all, my three upper-middle class white kids were thriving in Minneapolis public schools, as were most of their white peers, so obviously the problem wasn’t the schools.

No, I argued, the schools were just the victims. The real problem was long-term poverty and what it did to families. So, until we first fixed poverty and poor brown parenting, people should lay off the schools.

This was and is how many of my fellow beige DFLers talk about this issue although in public people are usually far more earnest and politically correct. We use lots of euphemisms to emphasize that poor brown people aren’t to blame for having screwed up families and to make sure everyone knows we’re not being racist or judgmental or anything, because we’re Democrats, so we can’t be.

Okay, time out. I need to emphasize here that I DO think poverty plays a huge role in academic disparities. I DO think family life matters. As progressives, we DO need to work to end poverty, racism and violence and create a more just and equal world.

And yes, our schools DO need more money. And yes, Republicans DO suck for opposing us on all of this stuff.

But the argument that we must first end poverty (a task that won’t end in our life-times) BEFORE we can design our schools to work better for the students is bullsh-t. And progressives should stop making it.

It’s not an either/or choice. We can do both. We must do both.

Because poor brown people did not design our current school system. They don’t sit on the school board or on the union or district negotiating teams or in the state legislature. In Minneapolis, white middle class DFLers are sitting in nearly all those seats. And if the system we’ve created and enabled looks like a modern version of Jim Crow, our political tribe needs to change it.

So what got me here?

1) The freaking data. Under the 2001 No Child Left Behind Act, schools were forced to break down and report academic result demographically—frankly, it was one of the only good things to come out of a bad law. The resulting data showed academic gaps in Minneapolis that were so stark, wide and systematic, I couldn’t shrug them off.

I mean, this is what institutional racism looks like, folks: starkly different outcomes for different groups right here in one of the most progressive cities in America.

As I’ve said before, if only 38 percent of white middle-class boys were graduating from high school on time, we’d have already changed the system to do better by them because Holy Christ, that would be a big-time crisis. But when it’s African-American boys, we beige ones tend to wring our hands and pathologize their parents.

2) Schools that work. At the same time the demographic data started to roll in, public charter schools started to spring up across the country and in the Twin Cities. And thousands of families—especially on the north side of Minneapolis—voted with their feet.

Granted, most public charters don’t get any better results than public district schools. In fact, some do worse. But in the last five or six years, a handful of public charters in Minneapolis and St. Paul—Hiawatha, Higher Ground, Friendship Academy, Harvest Prep and others—have started to make great gains with the same demographic that was failing en masse in our district schools.

At first I brushed their success off as a fluke, or just kill-and-drill or something else that would soon fade. But their success has kept going and more high-performing charters keep opening. These schools are not perfect nor would they work for all kids. (There is no such thing as a perfect school that works for everyone.)

But after seeing these schools, I no longer think the problem is that we don’t know how to create schools that work for low-income kids of color. Our problem is we’re not willing to do it because this would involve change the status quo…which upsets our traditional allies in the teachers’ union…who also happens to be the single largest donor to DFL candidates in this state.

Successful “beat the odds” schools all hire (and retain) the most effective principals and teachers for their students, dismiss ineffective ones, and extend the school day or year (because their kids are years behind grade level and need to catch up.)

The focus on teacher quality is key because studies show that teachers are the biggest in-school factor in students’ academic success. According to Minneapolis Public Schools’ own data, highly effective MPS teachers average a year and a half worth of gains with their students, year after year. Ineffective MPS teachers average six months—year after year. And these teachers can be right across the hall from each other.

So if your kid gets two lousy teachers in a row, they can end up being two years behind their cousin who had the great teacher across the hall. Just by the luck of the draw.

In short, good teaching really matters. So does time on task, especially for kids who are far behind. Which is why Superintendent Bernadeia Johnson wants to follow these best practices with her “Shift” agenda in the district’s lowest performing schools.

So far in negotiations, the Minneapolis Federation of Teachers is turning her down flat on all her key “Shift” proposals. After months of talks, the union remains adamently opposed to pretty much all of it.

4) Personally witnessing lay-offs by seniority. When all those north side families voted with their feet, enrollment in Minneapolis plunged. Between 2001 and 2011, MPS lost 27 percent of its students…and almost a thousand teaching positions. These mass lay-offs laid bare the insanity of making decisions strictly by seniority without regard to performance.

I had three kids in the system during these years and every spring we watched in horror as some of their best teachers were laid off, and almost always replaced by worse ones.

One year, our stellar middle-grades band instructor (and a 12-year veteran of MPS) was laid off and replaced by…a veteran choir teacher who couldn’t play a band instrument or read a band score. The band program quickly fell apart. Under the contract, this was business as usual.

As the schools on the north side closed, their veteran teachers flooded into the more affluent southwest Minneapolis schools. Under the contract, we had to hire from this closed pool to fill any openings. Some of these teachers were great. A lot more were mediocre. Many would talk obliquely about how hard it had been to teach Those Poor Brown Kids on the North Side Whose Parents Were So Screwed Up. Yet when these teachers ended up in classrooms full of white, middle-class kids, it turned out….they. weren’t particularly good teachers for white kids either.

Because no other union reaches as deeply into peoples’ lives for so long and affects what matters to them most—-their kids’ future—as the teachers’ union.

So when people associate a union with hurting their kids’ futures ….well, this does more damage to the labor movement than anything the Republicans usually come up with. Because it’s based on people’s personal experience.

And then there’s the race angle. It has taken me ten or more years to start fully appreciated how racial this issue is.

In Minneapolis, we’re watching an aging, mostly white union saying no to common-sense best practices….. even as thousands of kids of color are failing. Which is sort of like doctors refusing to wash their hands while young patients die in droves.

This is bad enough in itself. But it gets worse when progressives organizations and DFL leaders enable and protect this kind of behavior while proclaiming that we stand for justice and racial equity. And trust me, people of color have, like, noticed this.

Remember all those lovely, gracious God-fearing white people in the South who maybe didn’t like Jim Crow, who felt it was terrible how people of color were treated, but didn’t want to publicly speak out against it or take a stand because it would have caused such a social and political hassle with all their white friends and neighbors?

I swear, h istory is going to treat us the same way.