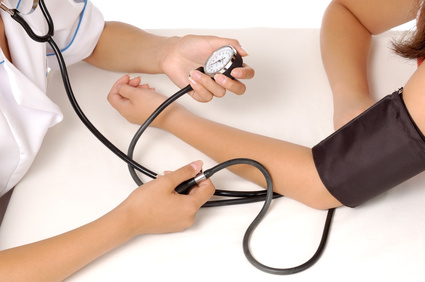 The health care system is sick. We don’t get enough bang for our buck, health care costs are out of control, Americans are paying ridiculously high deductibles, and tens of thousands of people are dying because they don’t have access to good health care. That’s just to name a few of the ills.

“If we see the data showing all the problems and the solutions other countries have implemented, why is an alternate system so hard for people to talk about?” State Representative Alice Hausman asked at one of our June community conversations on health care policy and the New Normal.

For that matter, why is health care policy in general so hard for people to talk about? Perhaps it’s because it’s particularly laden with political rhetoric and special interests. Or it could be because it’s so darn complicated and the public doesn’t always understand reforms in the Affordable Care Act (or Obamacare or Obmneycare, or whatever you want to call it).

The latter was especially clear at our community conversations, co-hosted by the TC Daily Planet and SEIU Healthcare, the Wilder Foundation and Pax Salon. At these meetings more than 80 participants explored health care coverage, and often had more questions than answers about how to fix our health care system.

The problems with the health care system were perhaps no more poignantly expressed than in our conversation with board members of SEIU Healthcare. These people work on the ground at hospitals and clinics and were a repository of anecdotes illustrating what happens when one is underinsured, uninsured, or fails to recognize loopholes and fine print in insurance policies.

Elsie Urman works at Health Partners as a licensed practical nurse. She told a story about a little girl with rheumatoid arthritis that Urman and her colleagues were treating until the girl’s mother lost her job and therefore her insurance. Urman stopped seeing the girl until years later when she came back.

“She was pretty debilitated,” Urman said. “She was getting some care, but not great care.”

Another board member of SEIU Healthcare, Sandra Gibson, is an employee at Cuyuna Regional Medical Center and had a friend whose business went belly-up, leaving him without insurance.

“I told him to go to the hospital and he kept saying no, he didn’t have any money for the deductible,” Gibson explained. “He died of a heart attack.”

It can be hard to find a silver-bullet solution to such grisly scenarios, especially when any solution would take a great deal of reorganizing. Roughly a third of our 80 participants (in a generally progressive leaning audience) thought we should move toward a universal-single payer system, a third advocated federal health care reform and insurance exchanges, and a third wasn’t sure where to go from here. Only one person supported a market driven approach with personal medical savings accounts.

The Affordable Care Act eliminates some blocks to insurance for people with pre-existing conditions, mandates insurance for millions of Americans, and extends federal programs such as Medicaid to more Americans. It also sets up a model of insurance exchanges, essentially allowing consumers in every state to chose from a wide range of health plans. Proponents argue that if we set up a centralized website where consumers can comparison shop for insurance plans, then insurance companies will have to compete more for consumers. Ultimately this will drive down health care costs and better serve the consumer.

At one point during our conversation at the Wilder Foundation a few people debated the merits and flaws of this model, known as insurance exchanges. Dung Pham, a program manager of health programs at Vietnamese Social Services, described the difficulty she has sifting through insurance and health care plans for her clients, many of them immigrants.

“It’s such a hard process and difficult to navigate,” she said. “There’s a problem with clarity of information.” Pham explained that she often has a hard time sifting through all the choices, plans, and fine print of both state-run and private health plans.

Then a state employee and health care policy specialist who wished to remain anonymous because she didn’t want to be considered a spokeswoman for her employer, jumped in to point out the value of insurance exchanges.

‘It’s like Travelocity, but for health care plans,” she said. “So your clients would be able to get that information more clearly and insurance companies will have to put it out there in a way that’s easy for consumers.”

When Pham explained that her clients don’t have much access to the internet, and that insurance companies and health plans aren’t always forthright about their plans, the advocate of insurance exchanges replied:

“Well, it’ll be like Travelocity, but with a travel agent to help you navigate.”

State Representative Alice Hausman weighed in and pointed out that people pay vastly different amounts for seats on the same plane, depending on how savvy they are at navigating the system. She argued that differences in socio-economic standing will create the same inequities for consumers of health care.

“We’ll be paying vastly different amounts for the same health care product,” Hausman said. “If it’s so complicated that it requires a navigator, should we even be doing it? How will we hire those navigators?” Hausman asked.

“My fear is that part of the idea of making it more competitive will give more power and more money to the insurance companies.”

The exchange between these participants drives home the debate between those who a) have faith that more competition will create a better product for consumers and drive down health care costs (as most proponents of insurance exchanges who participated in our meetings seemed to believe), or b) think we need to look at a different model altogether and see universal, single-payer as the solution.

However there are those who feel that universal, single-payer is not bad in theory but won’t fully address rising health care costs and displaced workers from the insurance industry. One participant, a former state legislator who wished to remain anonymous, came up to me after one of our community conversations and drew a chart for me. “These are our health care costs now,” she said while she drew a diagonal line pointing up. Then she drew another line just about in the same place. “These would be our costs under a universal, single-payer system.” She looked around and lowered her voice.

“Sure, I’d love to support single-payer, but it’s never going to happen,” she whispered in a hiss. “And single-payer people don’t have an answer when you ask them what’s going to prevent that line from going up.”

Keeping health care costs down is important to Amber Garlan, a bookkeeper at Hamm Clinic and a member of Minnesota Universal Health Care Coalition. But as Garlan puts it, it’s essential that the conversation center around health care as a basic human rig﻿ht, not simply on costs. To Garlan the health care debate is a question of morals.

“Heath care should not be a commodity,” Garlan said. “Why are we supporting a system that profits off of the sickness of human beings?”