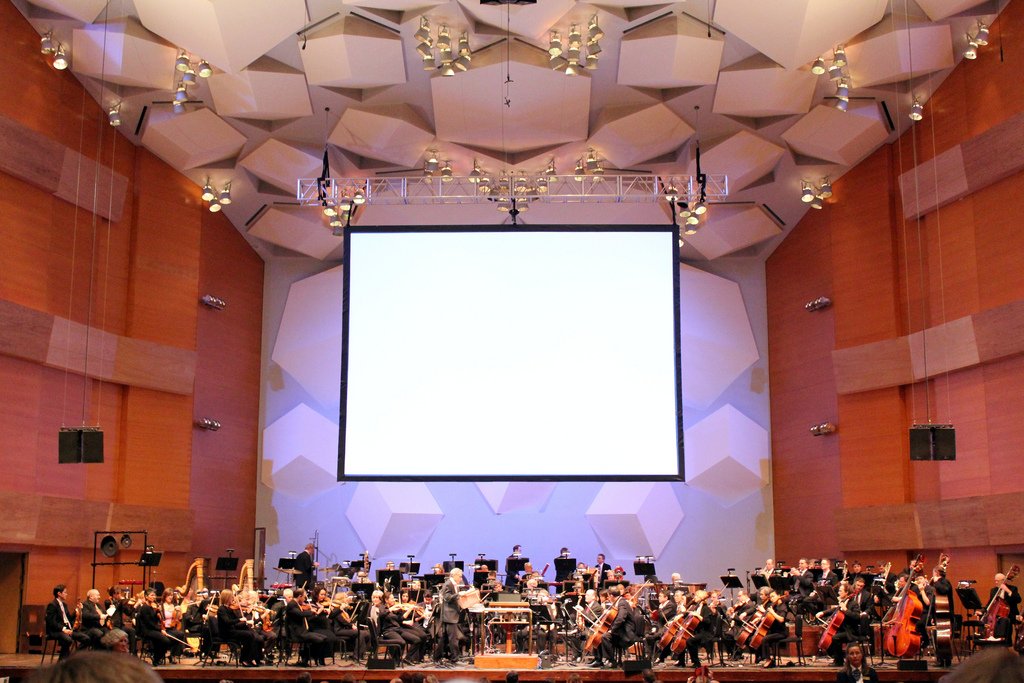 It’s been a pretty depressing week, what with the government shutdown and the resignation of Osmo Vänskä from the Minnesota Orchestra. I have to admit that I haven’t exactly been a ticket-buying supporter of the orchestra. I think the last time I went to actually see a live orchestra concert I was in college. It’s not that I don’t like classical music—I actually can’t explain my lack of enthusiasm, other than there were other things that interested me more. Still, I think it’s a shame that such a revered institution is in such dire straits.

Over the past six years, I’ve written about numerous catastrophes in the arts nonprofit world, from closings to internal strife to executive director ousters to evictions and financial crisis. One thing I could say about nearly all of the stories I’ve covered—from the Southern Theater to the Northside Arts Collective to the Cowles Center to the CVA—there’s usually not one thing that causes an organization to enter a crisis, but rather a mix of financial decisions and personality conflicts, which I suppose isn’t just limited to the arts.

My friend Hal Davis, from the Pioneer Press, pointed me to a Facebook comment from novelist and former journalist Charlie Quimby, who wrote, “Although I’m not certain how comparable the examples are, an in-depth examination of the boards of the Minnesota Orchestra and College of Visual Arts would be very interesting. Both presumably thought they were acting in the best interests of their institutions, but one is gone and the other lies trashed. I’m not looking for a hatchet job, just a good analysis of how a smart group of people could be so tone-deaf.”

While I haven’t reported on the Orchestra lockout, I did do some reporting on the CVA closure, and I agree that the board’s role in what happened provides a “learning moment” for the future. CVA, which wavered at around 60 students per year for the past 10 years, for some reason projected they would get 80 students for the 2012/13 school year, and when that didn’t happen, ended up with a shortfall of about $360,000.

Of course, it’s more complicated than just that. One of my sources for that story, Beth Bowman, talked about a distinct lack of outreach toward the CVA alumni community, for example. In a letter of resignation, Bowman had written, “My own efforts and initiatives have been ignored and dismissed, and in some cases I have been reprimanded for taking actions to promote alumni networking.”

Like the CVA, the Minnesota Orchestra was faced with a financial crisis. In both cases, the board was faced with challenging financial decisions during economically hard times. Both boards ultimately made decisions that enraged artists and constituents. Were these decisions inevitable? Or would more transparency have allowed the broader community to enter into the problem-solving phase?

In preparing to write this column, I called Charlie Quimby. “What hasn’t been reported,” he said, “Is how it’s possible for people who are trying to do the right thing for an institution and who genuinely know what they’re doing to lose sight of the investment of other parties.”

Quimby was on the search committee at the Playwrights’ Center when they brought in Jeremy Cohen as producing artistic director. The organization, he said, did outreach to playwrights, held public meetings and did surveys to get a sense of what they were looking for, but once they got into the selection process, the confidentiality procedures prevented the members of the search committee to really talk about what was happening. “It created a distrust,” he said.

“There were things I couldn’t disclose as head of the search committee,” he said. “As a result, it was a really very painful process.”

Like the Walker Art Center, the Minneapolis Institute of Arts, and the Guthrie Theater, the Minnesota Orchestra has been over the past 40 years at the pinnacle of arts board positions in the community, and while there are some who simply serve on these boards as a point on a résumé, there are others who are actually paying attention and making decisions.

“As an organization gets bigger and more complex, the governance becomes more complex and fundraising becomes much more pressing,” Quimby said.

I can’t imagine being on a board of directors. I was asked once, and I declined—mostly because I couldn’t bear to go to any more meetings than I currently attend, and also because I honestly can’t afford to be a significant contributor to an organizer, and don’t exactly have well-off friends.

I put Quimby’s question out to Facebook, and a number of people chimed in, many suggesting that more people on boards should be artists themselves, which I remember was an argument that came up after the Southern Theater’s board fired Jeff Bartlett (before it was revealed that the organization was on the brink of closure and had spent their McKnight grant designated for artists).

But as Quimby pointed out, simply having artists on the board of an arts organization isn’t necessarily the answer. Niels Strandskov, an arts administrator for Zorongo Flamenco who has served on boards such as the Bedlam Theatre, said that he’s seen “a number of organizations with artist board members who dragged the company down through ignorance, incompetence, or lack of commitment.” Being an artist, he said, “doesn’t mean that you can track how budgets need to change over several years, nor that you will make good hiring and firing decisions.”

Ann Alquist, who has worked at the Twin Cities Daily Planet and KFAI and currently lives in Alaska, cautioned not to dismiss board members working in the corporate sector. “There’s a reason they serve on arts boards,” she said. “They have to live in the community too and want arts amenities.”

“Being a bureaucrat doesn’t mean that you won’t find the art you are supporting transcendent,” said Strandskov. “Find me a board where everyone is committed to the best interests of the artists and the community; where everyone is willing to think hard about how resources are allocated and where to get them; where people have demonstrated that they will stick to it when the going gets tough—or boring—and I will show you an arts organization that can succeed in its mission.”

Indeed, Quimby, like others on the Playwrights’ Center board, is himself a writer. “It’s not like I’m a bank executive,” he said. He said that even an artist who is on a board needs to know how to be a board member, rather than just being an artist representative.

In all three cases—the Playwrights’ Center, the CVA, and the Orchestra—Quimby said he saw that there was “a real gap happening between the board deliberating and what the artists were hoping for.”

Perhaps, as Charles Campbell commented on my Facebook post, the entire organizational governance/development “needs to adapt to fit the needs of 21st [century] artists and audiences.” Campbell, pointing to fall-outs at the Theatre de la Jeune Lune, the Southern, and even our federal government, wrote that “it is possible that not only will the non-profit model and the idea of Boards change into something completely different (as it already has been doing), but the idea of ‘The Arts’ may become useless as well.”

Correction:  When first published, this post stated that the musicians of the Minnesota Orchestra went on strike. In fact, they have been locked out by orchestra management. The error has been corrected.