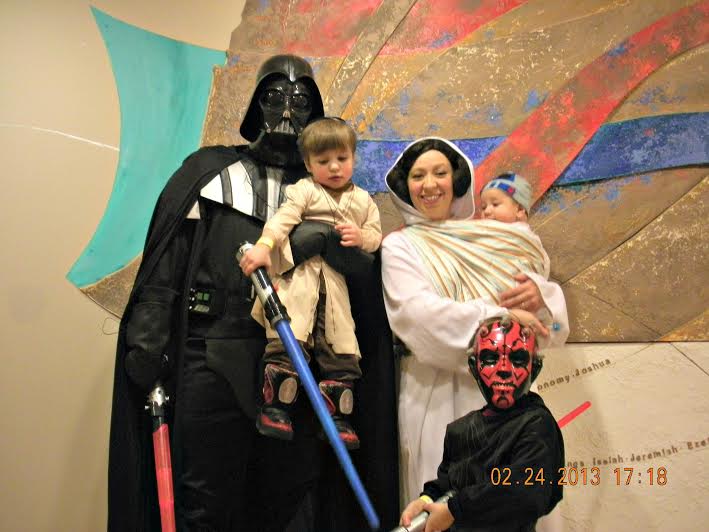 Although I am completely secure in my religious conversion, acclimating to Jewish culture has been a bit of an uphill climb. I need to accept the fact that I will never adore Gefilte fish; but here’s the trick: I’m trying to ensure my children will. My journey is full of adventures and misadventures, but I’m trying it all. Perhaps more importantly, I am trying to give my children positive exposure to whatever feels Jewish to me. I have silly notions of my boys as grown adults, talking to their Jewish peers and comparing notes on things they did growing up. They would list off all of the amazing adventures we’ve had almost as check marks, making their Jewish experiences more authentic.

Purim, which is just around the corner, is no exception. Months ahead of time, I make a list of things I think Jews do in my brain…

Things Jews Do for Purim:

But in my quest for Jewish culture, I don’t feel like just the basics are enough.

This year I have decided being Jewish on Purim includes making Lego groggers. Yes, what Jewish childhood would be complete without ever making Lego groggers? If you aren’t already following the Bible Belt Balabusta, you need to be. Go. Like her page now. Her ideas are fully amazing and put most things on Pinterest to shame. One time, for Hanukkah, she made a lawn hanukkiah out of foam swimming noodles. This Jewish Martha Stewart invented the Lego grogger; click here for instructions. A quick hunt through our Lego bin and a few eBay orders later, I found all of the necessary pieces. I decided that making groggers only for ourselves wasn’t enough, and as long as I was already ordering Legos, I ordered enough pieces to give each of my son’s kindergarten classmates a kit for making their own. 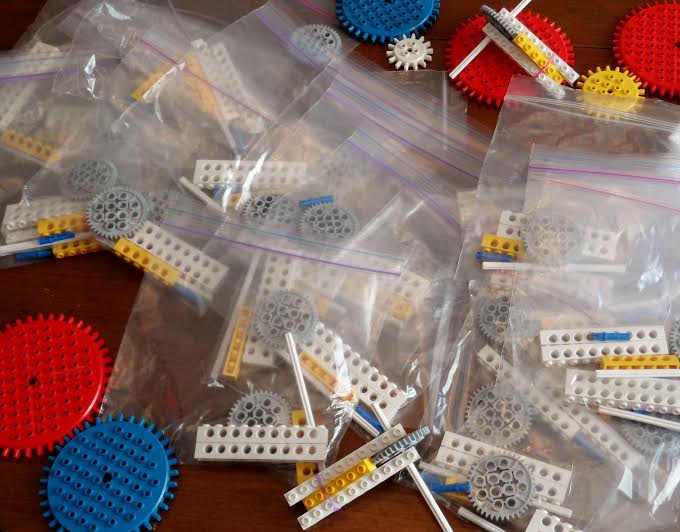 In our process, we learned a few things: unless you are feeling REALLY ambitious, order online the basic Legos you will need to make the groggers. I tried, unsuccessfully, to just wing it with the Legos I already had. Unfortunately, it left me with kids excited to make something and me trying to bribe them with cookies for smiles after I failed miserably. Also, try not to build anything Lego-related with a toddler in the same space. Lego pieces can look deceptively delicious; after our first attempt, we decided to wait until the baby’s nap time to try again. Once we got going though, the groggers were pretty straight forward and easy to make. Currently, the kids are having all kinds of fun running around the house pretending that they are in a Purim parade. I expect some type of horrific Lego incident will take place very soon after Purim and our groggers will grog no more, at least not until next year. Yes, they are darn effective. 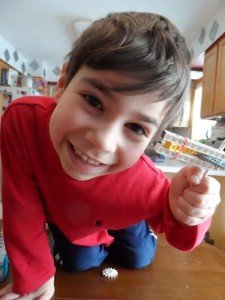 More than anything, I was surprised by my boys’ excitement upon making the groggers. Yes, they are delightfullynoisy, but I loved seeing them think of Legos in a new way. Suddenly, Legos were no longer exclusively about constructing objects like towers or swords. They had become bold, primary-colored bricks in their Jewish identity.

My arbitrary list of “Things Jews Do for Purim” no longer feels quite as whimsical as it did before I started my kid craft. I’m still not sure if culture is something one can create, but I do know I have little boys who are very excited to show their groggers to our family, their friends, and our Rabbis for Purim. Check list or not, sharing excitement over Purim, one of our favorite Jewish holidays, feels like the best way to have an authentic Jewish adventure together.

Now, what things do Jews do for Passover… and do you want my Gefilte fish?