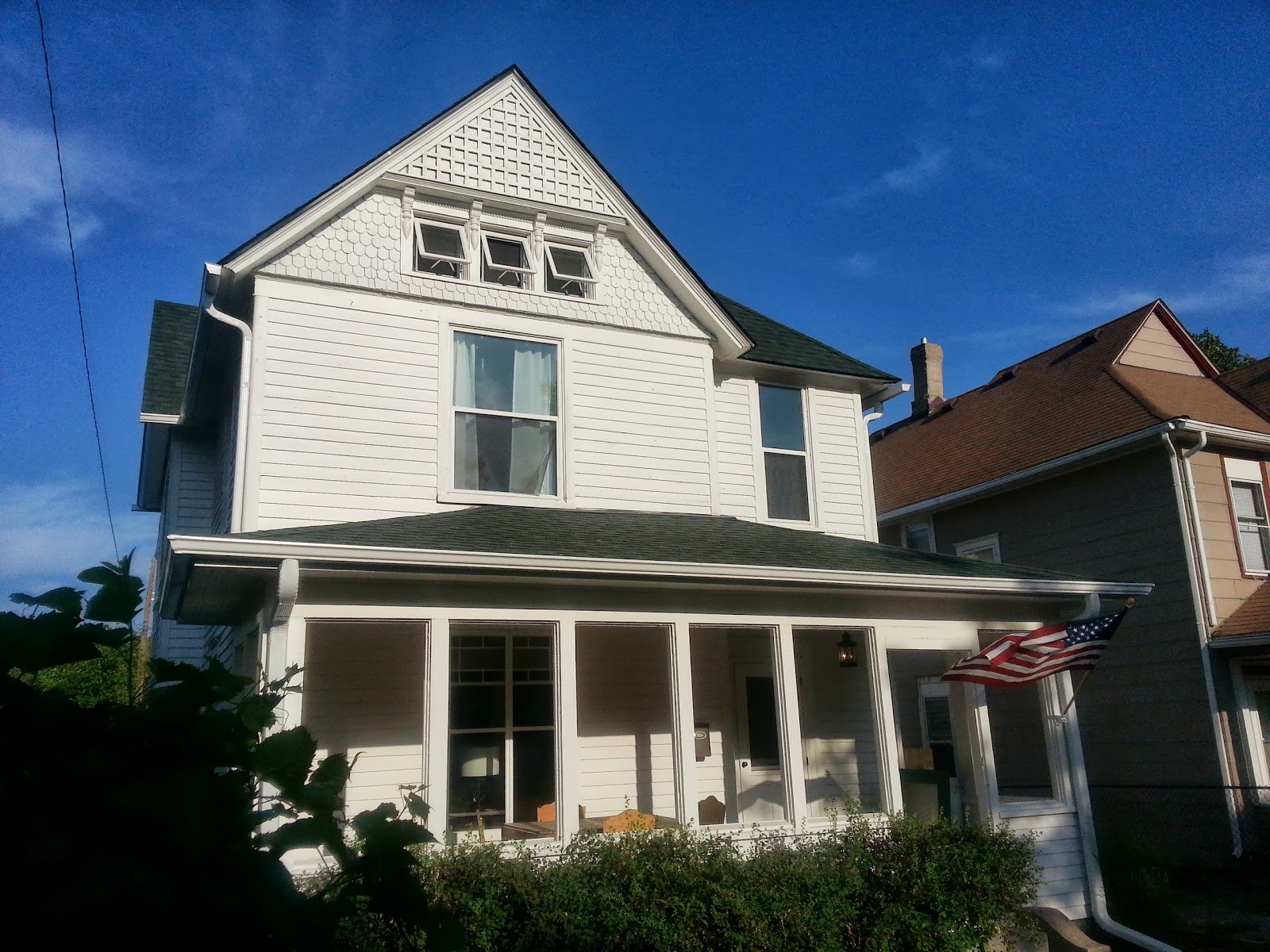 In the summer of 2011, 2914 4th Street North was a boarded, vacant, and condemned house on the verge of demolition. The summer of 2013 will see its completion by a nationally known developer, and the home will likely be featured on her television series.

Yes, this post speaks of Nicole Curtis, aka “The Rehab Addict,” but it is not about Nicole Curtis. It is about how the values of preservation, when put into action, produce results so positive that no one could have foreseen them.

Going back through old photographs, I can tell this house first came on my radar screen in January of 2011. Later that year, the Twin Cities Community Land Bank approached the neighborhood with an interesting proposition to accept the house as a donation from Bank of America, and hold it for a short period in order to seek out a developer partner who could bring it back to life. The alternative would be to have the city move to acquire, at which point the house would likely have been demolished.

The risk was that acquiring, securing, and insuring the house would not be free. Bank of America was contributing some funds for holding costs, but once those ran out, “we will have to make some tough decisions,” said a Land Bank employee.

“How much time will we have?” I asked. “Six to eight months,” came the reply.

“If you give me six months, I will FIND you a buyer,” I promised, even though I had not the slightest idea how I might make that happen.

So we brought the proposal to the Hawthorne Neighborhood Council housing committee and board. The neighborhood crafted a three-part position on the property:

The last two stances made finding the right developer rather difficult. Two different for-profit developers who have done good work in the community had expressed interest. But for the rehab to make financial sense for them, the house needed to remain a duplex. Another two non-profits were interested. But the federal funding that would have been used would then mean that the original siding and much of the original interior woodwork would have been removed. So the neighborhood held its ground and looked for a better option.

Eventually, if push came to shove we would have needed to make a tough decision: Do we back down and let a private party preserve features but sacrifice the home’s built intent? Or do we allow a public/non-profit entity to bring it back to its true form but have the house lose much of its original charm? (Not to mention that when you get right down to it, tearing out almost everything and replacing with newer, less durable features isn’t exactly “green.”) Worst of all was the looming possibility that perhaps the house could be deemed not a viable rehab candidate and torn down.

This phase of a vacant property’s journey is often the most precarious, and the most difficult to explain to those who may not be as strident of a preservationist. Nobody knew how this house would be saved. Even its staunchest supporters didn’t even know that Nicole Curtis existed, and if we did, we wouldn’t have imagined that she’d take the project on.

A lot of times we as a community are given weeks or sometimes only days to make recommendations to the city about what should happen with specific properties. Rarely do we get to see the inside, or get solid rehab estimates, or research its history, or talk to the people on the block. We are presented with the prospect of having one entity acquire it immediately, and locking the house on to a specific course. The specter of a slumlord acquisition is almost always raised as a reason for quick action, even if that means demolition, and even though combating problem property owners is a different issue entirely.

In the midst of so many competing ideas and possibilities, the people working to save 2914 4th Street North did three essential things: We took demolition off the table, we made concerted efforts to find a new owner that would do the right kind of rehab, and we were willing to wait. That patience was facilitated by Bank of America’s donation and the Twin Cities Community Land Bank’s support.

This time, that commitment was rewarded with the rehab work of a local and national celebrity. The next time, we may not be quite as lucky. But the point of holding to our convictions was never about a specific person. Rather, it was about how the right kind of preservation would contribute to a vibrant and sustainable community.