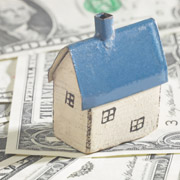 Hints that Minnesota and Twin Cities housing markets may be close to hitting bottom are welcome as we near the end of 2011, but don’t expect a fast upswing for housing.

Keep in mind, the housing bubble burst after reaching a peak in 2006 because it was unsustainable. The collapse in home values, however, has been excessive because falling markets and tight credit scared off home buyers.

For the record, the Minnesota Association of Realtors said in mid-November that statewide Minnesota median home prices dropped another 7 percent in October to $140,000. The median seven-county Twin Cities metro area price was $157,900 – a 9.8 percent drop from the same month a year ago.

Granted, the peak price was inflated equity realized only by the people who sold homes in June five years ago. However, the bubble took more equity than it created. That’s what’s holding back some entrepreneurs. Those people looking to tap built up home equity for cash or collateral to start or expand a business lost most of it when housing prices sunk, thus stalling job creation from small business.

How can either the job market or the housing market recover? A first giant step would be for federal, state and local officials to find ways to stabilize public employment and stop putting extra downward pressure on both markets.