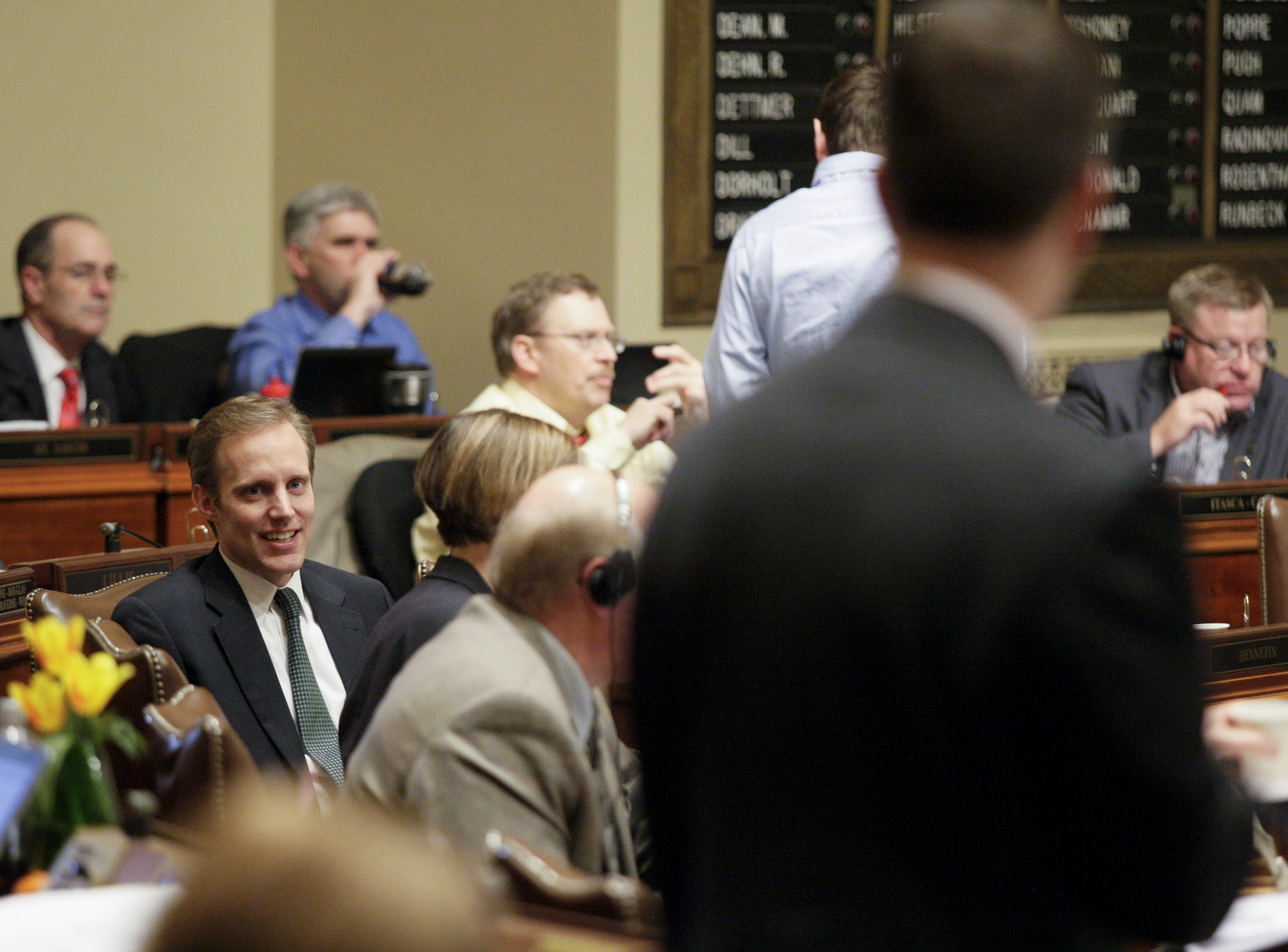 Rep. Steve Simon smiles as Rep. Ryan Winkler respectfully disagrees with his bill, HF799, which would elect the president of the United States by popular vote. (Photo by Paul Battaglia)

HF799, which was defeated 71-62 by the House Wednesday, would have awarded Minnesota’s 10 electoral votes to the presidential candidate who wins the national popular vote. However, as part of a compact, enough states with electoral votes that add up to 270, or a national majority of electoral votes, would need to agree to do the same. Nine states have already joined the compact, said Simon, who sponsors the bill.

“The issue that most attracts me, is fundamental fairness,” he said.

After the bill’s defeat, the House reconsidered the vote and referred the bill to the House Rules and Legislative Administration Committee. The companion, SF585, sponsored by Sen. Ann Rest (DFL-New Hope), awaits action by the Senate Subcommittee on Elections.

Simon said the bill would allow all votes to matter equally. Under the current process, he said incumbent presidential candidates may make decisions in order to win over one of about eight swing states, or states that don’t historically vote for one particular party.

Along with bipartisan support, the bill also saw bipartisan opposition.

Rep. Jason Isaacson (DFL-Shoreview) said the bill was unacceptable because it would not appoint the state’s electoral votes based on how its residents vote.

Rep. Glenn Gruenhagen (R-Glencoe) also opposed the bill, saying the current system aligns with how a constitutional republic operates. “When I read the constitution I don’t see the word democracy in there,” he said.