Several controversial fee increases were removed during the conference committee process, but the omnibus environment, natural resources and agriculture finance and policy bill still received several hours of criticism on the House floor Saturday evening before being passed by a 71-60 vote. Passed 42-23 by the Senate about 90 minutes later, the bill now goes to the governor.

HF976*/ SF1170 would appropriate more than $700 million for environment and natural resources and $81 million for agriculture. It now goes to the Senate.

A proposed increase in water-usage fees opposed by farm irrigators and some industrial users was dropped from the final version of the bill, as were fee increases related to mining. The bill originally approved by the House contained those fees. Its companion in the Senate did not.

Rep. Jeanne Poppe (DFL-Austin), chair of the House Agriculture Policy Committee, called elimination of the water usage increases “great news for those who are ag irrigators.”

The additional revenue from those fee increases was to have been used for additional monitoring and analysis of ground and surface water. In the final version of the bill, $7.6 million is now appropriated from the General Fund for that purpose. 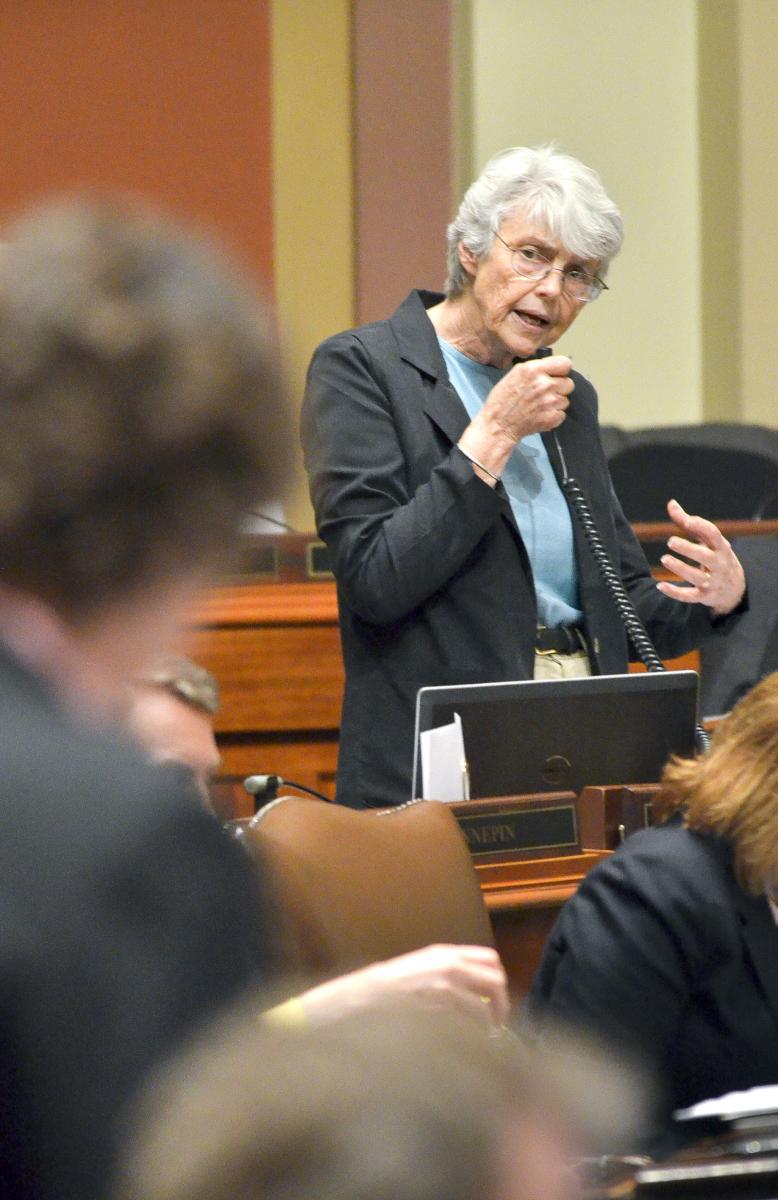 With those increases no longer under consideration, Republican lawmakers instead took turns questioning the bill’s sponsor, Rep. Jean Wagenius (DFL-Mpls), regarding several of the remaining sections of the bill they objected to.

One of those was a water quality certification program originally proposed by the governor and carried in the House bill. It would establish a voluntary pilot program in select watersheds exempting farmers who were certified from any new water-quality rules issued by state agencies for period of up to 10 years.

To be certified, farmers would need to demonstrate compliance with applicable environmental rules and statutes, and score well on a new assessment tool developed by the Department of Agriculture, which would oversee the program.

Rep. Paul Torkelson (R-Hanska), a farmer himself, asked Wagenius to explain the purpose of the program.

“It was confusing in committee, it’s still confusing,” he said. “If I’m potentially a participant in this program, I’d like to know what I’m participating in.”

Wagenius told Torkelson he might be better off not taking part. “As long as you’re confused about participating in this, Rep. Torkelson, I would suggest you not participate,” she said. “It is a voluntary program.”

The final version of HF976*/ SF1170 also includes a new program designed to increase the recycling of unused paint. The omnibus environment bill originally passed off the House floor contained similar recycling programs for carpet and batteries, but the Senate bill did not have language for any of the programs.

Told the additional tax on paint needed to pay for the program would be 75 cents per gallon, Rep. Dan Fabian (R-Roseau) said he was concerned about the impact this would have on retailers in border communities around the state.

“I think these types of taxes are not good for our state’s economy and I’m very, very concerned about that,” he said.

The final version of the bill also includes:

Above: Rep. Jean Wagenius answers a question on the House Floor May 18 during debate on the omnibus environment, natural resources and agriculture finance bill. (Photo by Andrew VonBank)