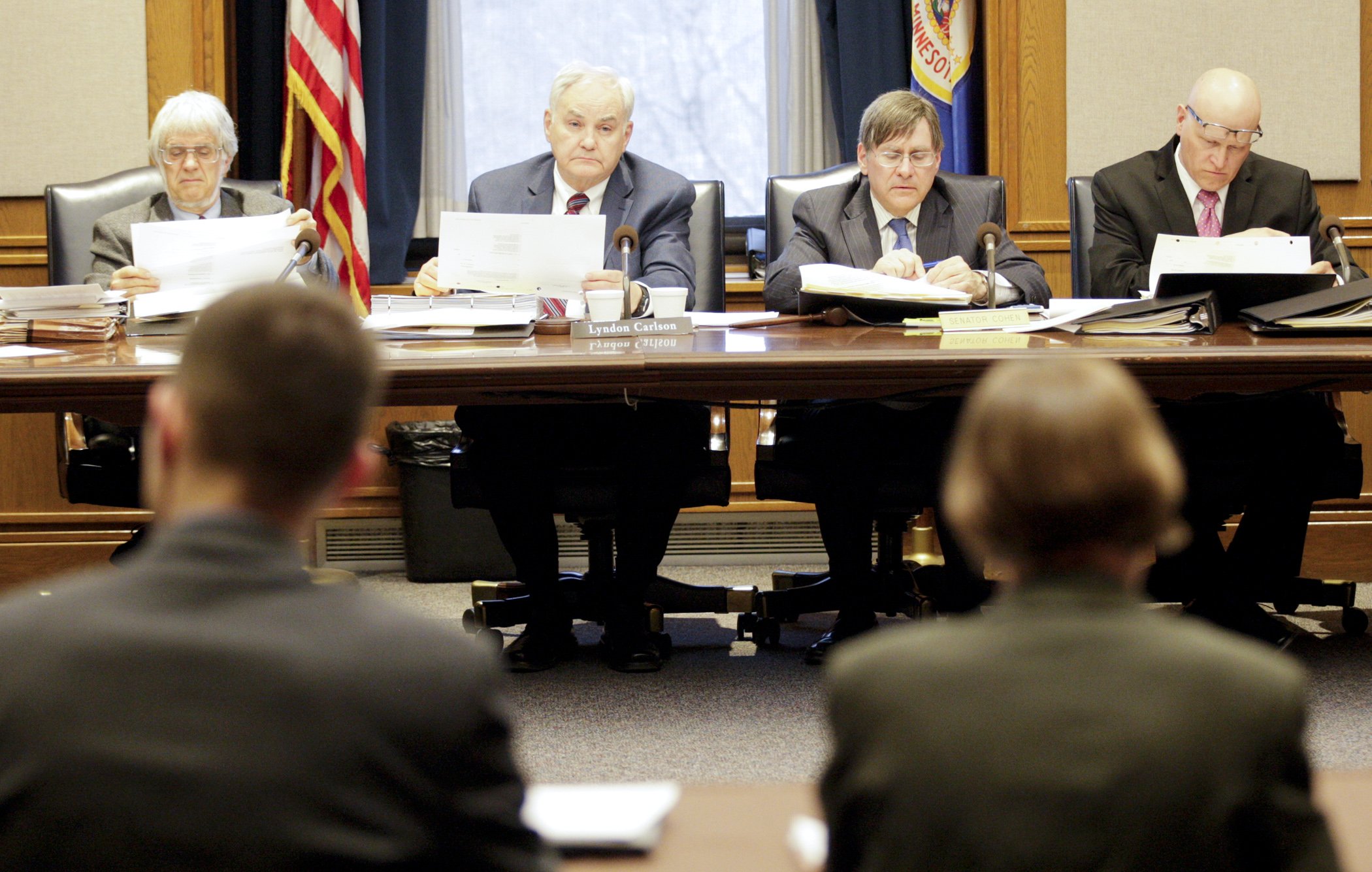 As the conferees for the supplemental budget bill began their work on Tuesday night, the House and Senate chairs had a sense of déjà vu.

Sen. Richard Cohen (DFL-St. Paul), co-chair of the conference committee on HF3172, remarked at the beginning of the hearing to his House counterpart, Rep. Lyndon Carlson Sr. (DFL-Crystal), that they both co-chaired the budget conference committee in 2008, which was the last time the House and Senate engaged in the arduous task of reconciling a budget contained in a single House File. But, he added, one major difference between now and then is they aren’t faced with a massive recession-induced budget shortfall.

“That’s going to be one positive difference,” Carlson said.

The state’s fiscal situation has rebounded as the economy has recovered. The February economic forecast projected a $1.23 billion surplus for the current biennium that ends June 30, 2015.

Prior to the Easter/Passover recess, the House and Senate passed differing versions of HF3172, of which Carlson and Cohen are the chief sponsors. The House bill would spend $322 million while the Senate would spend $209 million. Gov. Mark Dayton’s supplemental budget proposal would spend $141 million.

On Monday, the Office of the Revisor of Statutes posted side-by-side comparisons of the House and Senate bills, broken into 29 separate documents.

The House and Senate bills have some similarities. Both proposals would spend $80 million to give a 5 percent pay increase for home and community-based health care workers. The House and Senate also agree on appropriating $30 million to the Department of Corrections that would handle critical staffing needs and the unexpectedly large growth in the prison population.

But the two chambers have significant differences.

The House, for example, would spend $25 million on grants to develop broadband access in unserved or underserved parts of the state. The Senate doesn’t provide funding for the broadband grants.

The conference committee on Tuesday heard articles related to higher education, jobs and economic development, housing, state government, public safety, transportation, environment and natural resources and agriculture. On Wednesday, the conferees plan to reconvene after floor session to hear the K-12 education and health and human services articles of the bill.