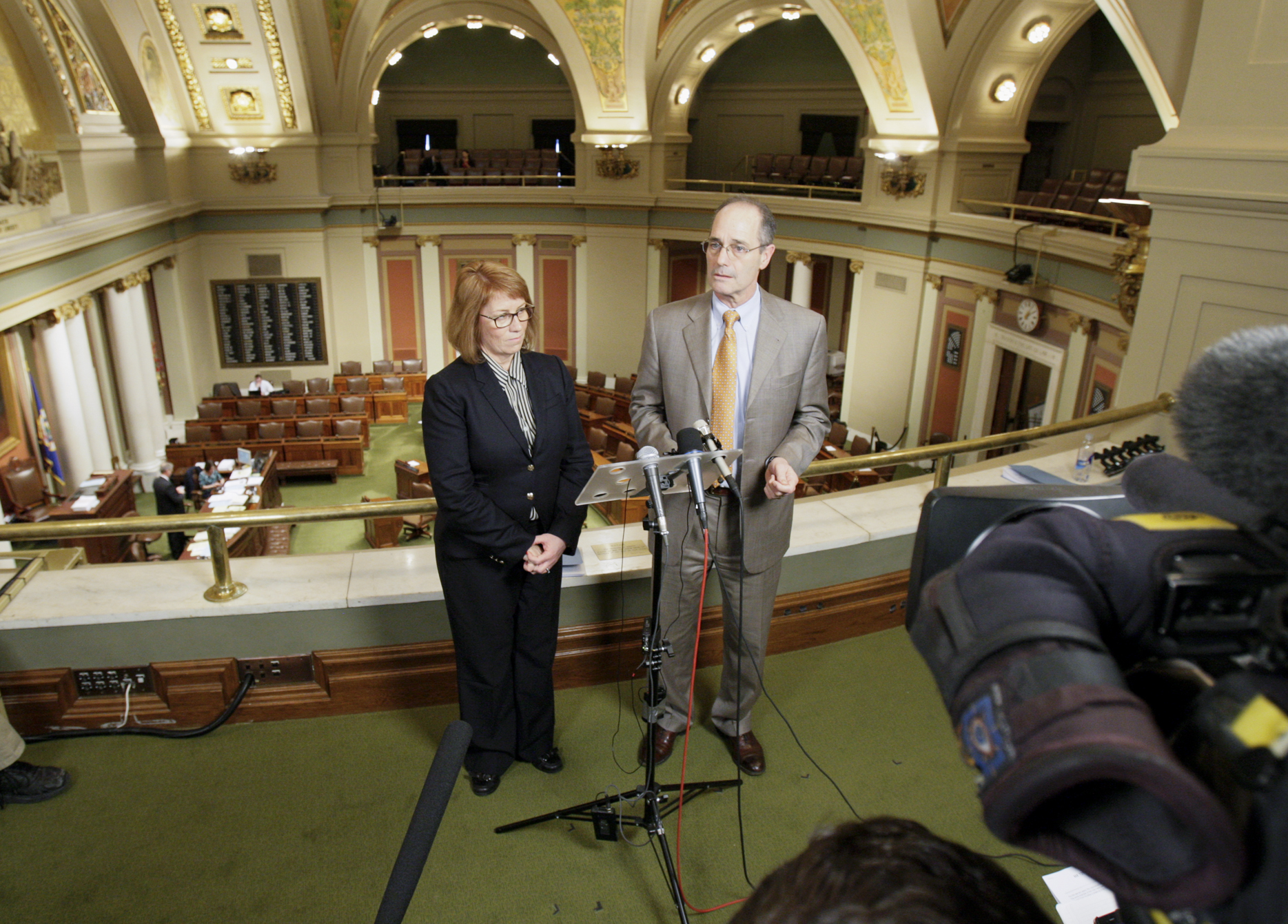 On the same day the House DFL unveiled its tax package that includes a tax increase on the wealthiest Minnesotans, the full House approved an omnibus bill that its sponsor says contains a potential $346 million tax cut for businesses.

As part of the omnibus jobs, commerce and housing bill is a reduction in the rate that employers pay on their unemployment assessment.

Under the program, jointly operated by the federal and state government, business owners pay a base rate for their employees. Funds are used for the payment of unemployment benefits. However, special assessments were also needed during the recession to help pay the federal government which had loaned Minnesota money when its trust fund ran dry. Despite the fund being solvent, employers are still paying assessments.

“If the Unemployment Insurance Trust Fund has $800 million in it by this September, which we are assured it will, there will be rate reductions and there will again one year later,” said Rep. Tim Mahoney (DFL-St. Paul), who sponsors HF729. “This means that every employee is worth at least $150 and up to $450 as a tax break to that employer. … If you got Boston Scientific or you got 3M or Supervalu with thousands and thousands of employees, or you’re Fred’s Auto Parts with four or five you’re going to get money back rather than have it in the trust fund in Washington D.C. … Hopefully, those business owners use that money to advance their business and buy new equipment or train their employees to get better at what they’re doing and they can make more money.”

In total, the bill calls for $234.9 million in spending, of which $153.2 million would come from the General Fund. Mahoney said the budget target for the jobs committee increased by more than 50 percent.

The bill was passed 75-57 by the House Monday and now heads to the Senate, where Sen. Kari Dziedzic (DFL-Mpls) is the sponsor.

” HF729 is a complete change of course from what this body has been doing over the last 10 years,” Mahoney said. “For the last 10 years, this Legislature has been cutting economic development, and probably the worst example was the last biennium where there was a 50 percent cut to the way we help job creators in this state create jobs.”

He said the bill signed into law two years ago called for $114 million in General Fund spending for the Department of Employment and Economic Development; this bill spends $154 million. “We spend it in ways that will create a healthy economy for the state of Minnesota.”

Among the financial aspects of the economic development portion of the bill is $20 million in new money for the Minnesota Investment Fund that awards funds to local units of government which provide loans to assist expanding businesses, and $18.5 million in new money for a job creation fund that will enable DEED to use the funds to help businesses make capital investments and create jobs in the state.

In the area of job training, the bill provides money for the FastTRAC program, “which helps the hardest of the hard-to-train and get through to a job,” Mahoney said. “We fund them at $2.5 million a year and put them into the base. This is a program that has an 80 percent success rate with people who don’t speak the language, don’t have a GED, have failed at other programs. This is a great program to help and get them into the best program we can do, which is a job.”

The bill would also establish a job-based education and apprenticeship program for manufacturing industries with a goal of creating skilled workers for current and projected manufacturing openings.

The provision would direct the Department of Labor and Industry to collaborate with four specified Minnesota State Colleges and Universities system schools to develop the program for manufacturing industries that integrate academic instruction and job-related learning in the workplace. The idea is to meet the needs of an employer with a customized training program.

examinations and the fee for the state licensing examinations.” Mahoney said the American Medical Association has a rule that a person cannot be licensed if they have been out of school for at least five years. “Without getting into a residency program you can’t become a doctor in this country,” he said, estimating this would affect about 250 people. Preference would be given to general practitioners, OB/GYN medical personnel and mental health professionals. “These are refugee issues and they need doctors that speak in their own language,” Mahoney said.

One change in the area of unemployment insurance would allow workers locked out of their job by management to be eligible for up to three years of unemployment benefits. This would not apply to professional athletes locked out by a professional sports team, nor — as successfully amended by Rep. Steve Drazkowski (R-Mazeppa) — would it apply to people who earned at least $150,000 in the previous year.

There are no new fees in the bill, but it does raise some current ones for accountants, barbers and cosmetologists. There is also some restructuring of fees in the elevator and plumbing areas. The fees are generally enough so that the boards will not have to return every biennium for an increase, Mahoney said.

In the areas of employment, economic development and workforce development, the bill would, in part:

“We have one trade office in China. In this bill we have the money, $4.5 million, to open three more trade offices so our farmers, our manufacturers, our businesses can sell their services and commodities and parts overseas,” Mahoney said, adding DEED has a list of 15 countries its representatives are reviewing.

In hopes of attracting more television and film production to the state, the bill would provide $1.9 million in onetime funding to the Minnesota Film and TV Board to offer financial incentives, such as production cost rebates. The board’s oversight would be moved from the Administration Department to DEED.

Rep. Joe Atkins (DFL-Inver Grove Heights), chair of the House Commerce and Consumer Protection Finance and Policy Committee, said the bill largely follows the governor’s recommendations in areas overseen by his committee. Many of the agencies it oversees are fee-based.

The bill calls for the establishment of an Office of Broadband Development within the Commerce Department to improve broadband service within the state in order to drive job creation, serve the ongoing needs of the state’s education system and improve accessibility for underserved communities and populations. The bill would provide $1 million for the biennium, double what the governor has proposed.

Other provisions include allocating $1.29 million to establish regulation of gold bullion dealers.

In recent years, illegitimate collectable coin dealers have bilked money from senior citizens by keeping coins they are supposed to appraise and not delivering promised coins, according to Attorney General Kermit Fruechte previously told a House committee.

The funds allocated from the General Fund would be raised through fees charged to gold bullion dealers to register with the Department of Commerce.

The bill contains a $22 million ongoing base funding increase for the Minnesota Housing Finance Agency.

“This is the first time in about a decade that we’ve put additional funding into affordable housing throughout the state,” said Rep. Karen Clark (DFL-Mpls), chair of the House Housing Finance and Policy Committee.

Included in its policy provisions, the bill would establish a pilot program to increase student achievement by increasing the housing stability of highly mobile K-12 students. Furthermore, it would make investments in the Department of Human Services to fund housing related programs; including $3 million for homeless youth services, $2 million for trafficked women and youth programs and $500,000 to a demonstration program that helps people coming out of prison. Clark said program participants have a less than 10 percent recidivism rate, about one-third the number for all released prisoners.