Despite taking a somewhat uncertain path to its approval, the House voted 70-55 to pass the $538 million omnibus legacy bill, HF1183, Friday evening. 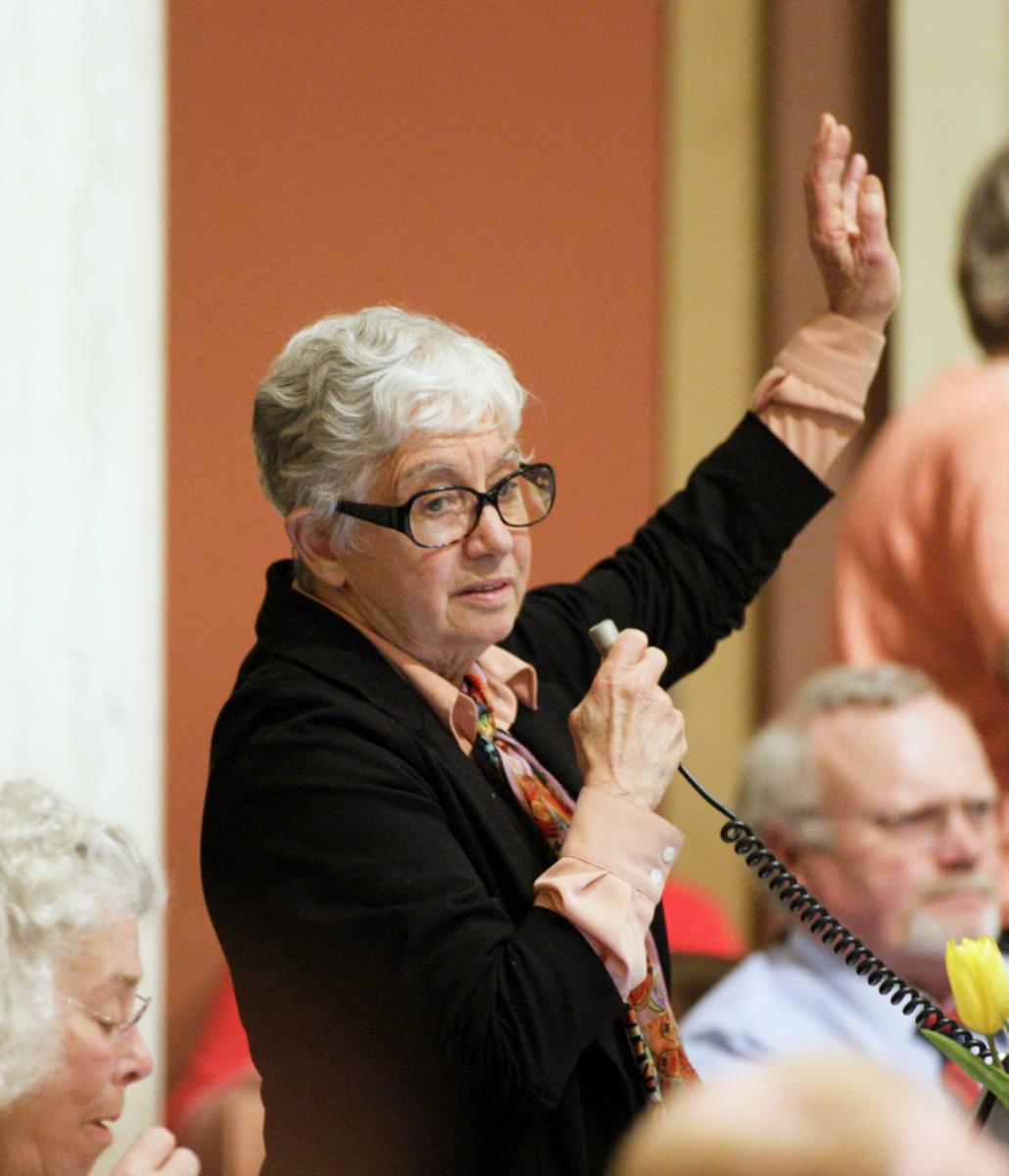 Although a number of lawmakers expressed concerns about the bill, Rep. Phyllis Kahn (DFL-Mpls), the bill’s sponsor, said it did a lot of good things throughout the state and called for members’ support.

“I’m proud of this bill, I think it does a good job,” Kahn said. “It had a lot of bipartisan support to put it together, and I hope it will have a bipartisan departure from the House.”

Right: During floor debate May 10, Rep. Phyllis Kahn raises her hand for a roll call vote on an amendment to her bill HF1183, the omnibus Legacy bill. (Photo by Paul Battaglia)

Originally scheduled for its floor debate April 20, HF1183 was not taken up that day. Members on both sides of the aisle questioned several of its provisions. One of those issues was proposed funding for metropolitan parks’ projects that were not on the list of recommendations made by the Lessard-Sams Outdoor Heritage Council. This highlighted a more general difference of opinion about how closely legislators should follow recommendations made by advisory bodies.

Rep. Dean Urdahl (R-Grove City), a former chair of the legacy committee, said HF1183 “went too far” and circumvented the review process groups such as LSOHC provide. But Kahn said the bill didn’t “tinker” with any of the council’s recommendations and instead went beyond what had been recommended.

“We did do things that the Outdoor Heritage Council has neglected to a point,” she said. “We have an extra $10 million for aquatic invasive species, which they have clearly not seen as an emerging issue as the rest of the state does.”

Some lawmakers also questioned the millions of dollars in appropriations made for the second year of the biennium — fiscal year 2015. Kahn said funding certain programs and projects for both years would make their planning and administrative functions run more smoothly.

Rep. Denny McNamara (R-Hastings) said HF1183 was the “worst legacy bill that’s ever been written,” and said members who voted for it would be “walking the plank.” He also said the bill would pass with 110 votes when the report on it was returned from conference committee as the Senate version was much closer to the recommendations made by Gov. Mark Dayton.

HF1183 would distribute Legacy funds in the following manner for the upcoming biennium:

These funds were created by the Clean Water, Land and Legacy Amendment in 2008. It increased the state sales tax by three-eighths of one percent until 2034, distributing the proceeds among the four funds.

The bill now goes to the Senate where Sen. Richard Cohen (DFL-St. Paul) is the sponsor.