A high-profile school lunch bill that would help ensure no student returns to class hungry was passed 130-0 by the House Thursday.

About 61,500 low-income children and teens would be impacted by this change, Selcer said.

The bill now goes to the Senate, where Sen. Jeff Hayden (DFL-Mpls) is the sponsor.

A February report by the watchdog group Mid-Minnesota Legal Aid revealed that about 15 percent of the state’s 309 public school districts had policies in place that could result in cash-strapped students being turned away from lunch lines.

Other students, unable to pay, might be humiliated by being served a more plain lunch than what the rest of the students were eating.

“No child in the great state of Minnesota is going to go hungry because of inability to pay,” Selcer said. 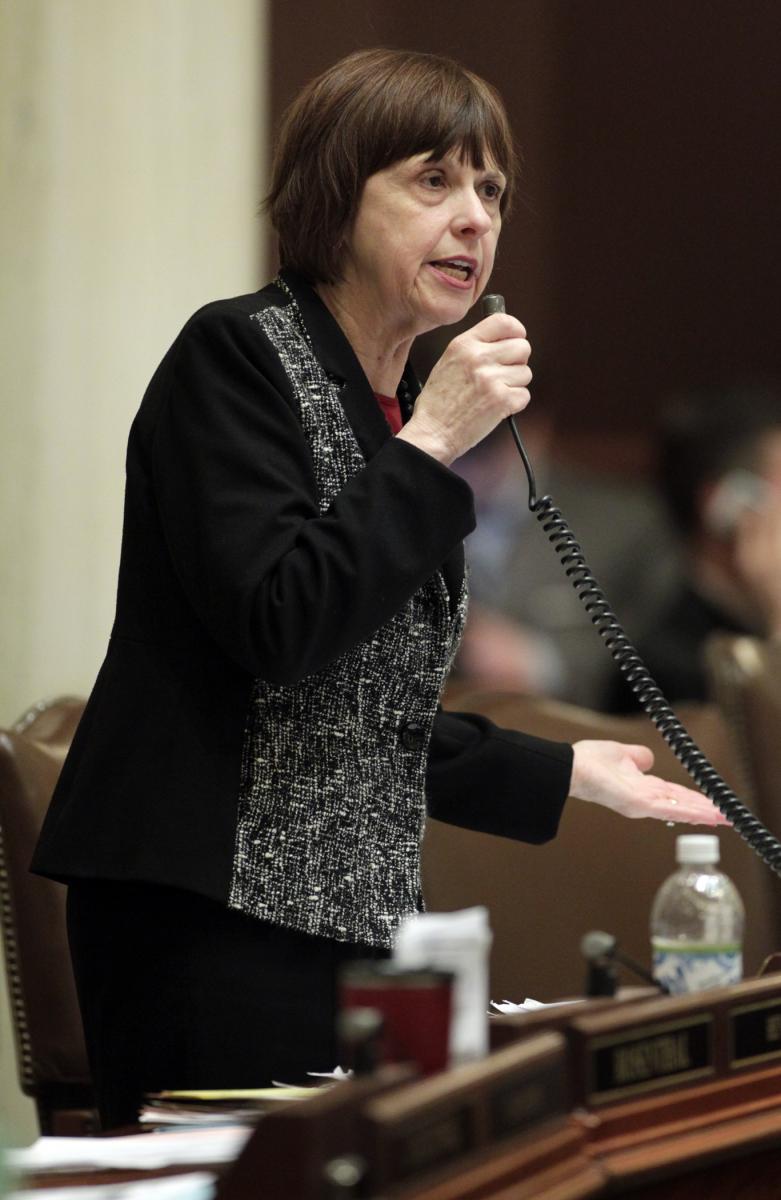 The bill would cost the state about $3.5 million in fiscal year 2015, with the cost slightly ramping up over ensuing years. Gov. Mark Dayton included the funding in his recently released supplemental budget.

Lawmakers expressed regret that school district food service workers had been unfairly treated in the media.

Rep. Anna Wills (R-Apple Valley) said they had taken a “bad rap” for supposedly sending children away hungry when actually they strive to make sure that doesn’t happen.

“I would like to thank the lunch ladies,” Rep. Kelby Woodard (R-Belle Plaine) said.

Left: Rep. Yvonne Selcer responds to a member’s amendment during floor debate on her bill, HF2480, which would increase the reimbursement rate for school lunches served to students who qualify for reduced-price meals. (Photo by Paul Battaglia)