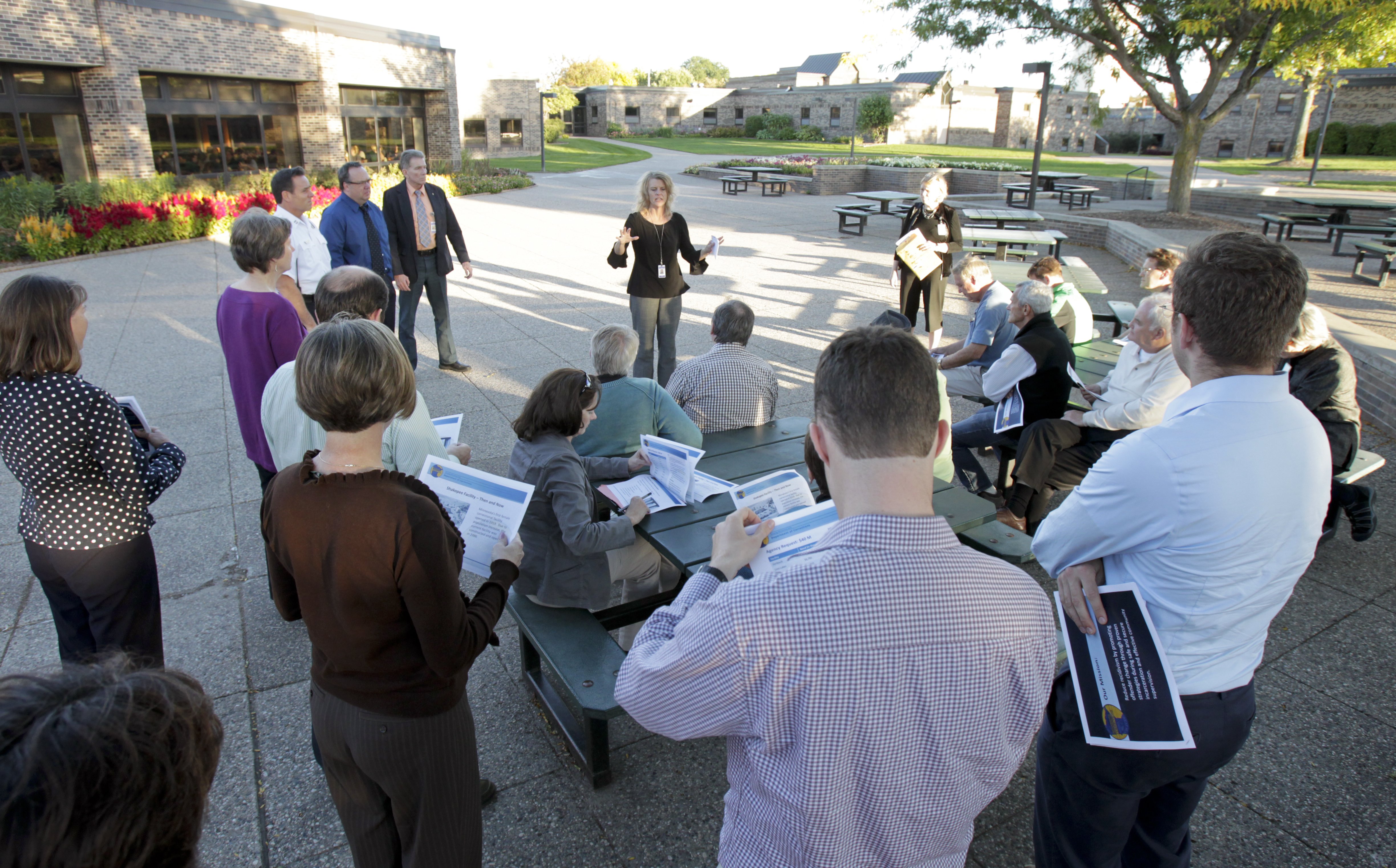 Tracy Beltz, warden of the state women’s prison in Shakopee, describes a proposal to add a perimeter security fence to the facility, not only to keep inmates in, but to keep intruders out, since the prison is located in a residential area. (Photo by Paul Battaglia)

The second year of a legislative biennium is often focused on passing a capital investment, or bonding, law.

In anticipation of the Legislature whittling down nearly $3 billion in requests from state agencies and local governments, members of the House and Senate Capital Investment committees have been touring the state to get a first-hand look at some of the requests.

View a photo gallery that followed House members Oct. 9 as they toured some project requests from southeastern and south-central Minnesota.

It is anticipated the 2014 capital investment law will be in the $850 million range, putting total biennial bonding spending at about $1 billion.

View the local government and state agency project requests that have been submitted for consideration during the 2014 legislative session.