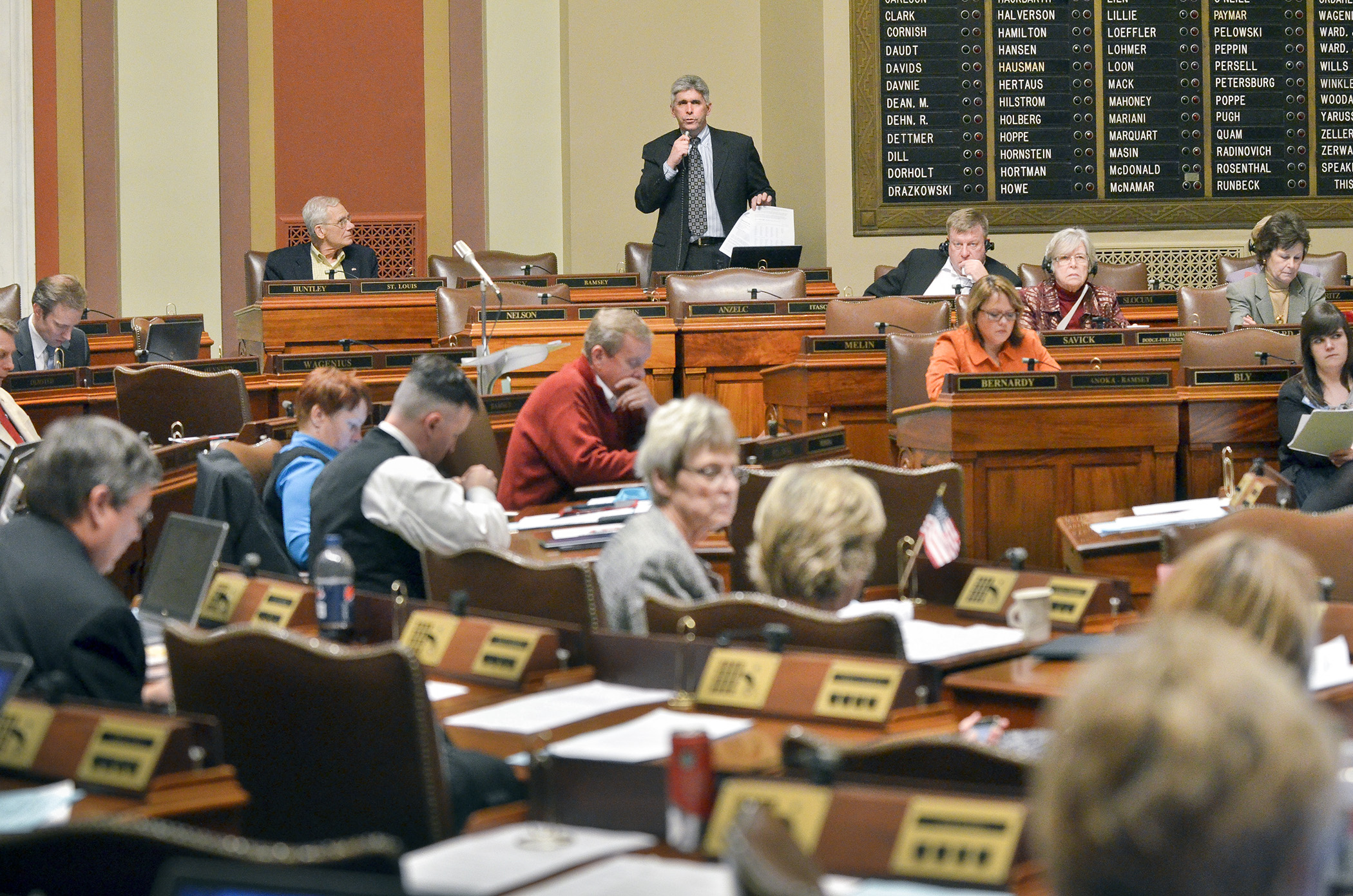 Conferees for the proposed Minnesota Insurance Marketplace went into meetings this week at odds over funding a new state agency that would run a health care exchange. They emerged Wednesday night with a compromise they admittedly said would be a tough sell to the full House and Senate.

HF5*/ SF1, also sponsored by Sen. Tony Lourey (DFL-Kerrick), would enable Minnesota to operate its own health exchange rather than defer to a federally-run exchange, under the federal Patient Protection and Affordable Care Act.

The marketplace — a new state agency that would work in tandem with insurance carriers who would sell plans through a state website — is projected to cost $60 million annually to run. The Senate wanted to use the tobacco tax to pay for operations, while the House proposed a withholding fee on each policy sold through the exchange.

Conferees now recommend that legislators accept the House position, a withholding fee on each policy sold, rather than the tobacco tax, which goes into the General Fund.

“We don’t have that money to spend,” Atkins said.

The rate of the withholding fee was lowered from 3.5 percent to 1.5 percent for 2014, the first year of the exchange. If the marketplace runs into cash flow problems during the first two years, it could borrow up to $20 million from either the General Fund or the special revenue fund and pay that loan back with interest. In future years, the withhold fee could increase to no more than 3.5 percent, which is what consumers would pay in states using the federal exchange, according to Atkins.

“The loan option allowed for the premium withhold fee to be reduced, Atkins said.

But that didn’t satisfy Rep. Tara Mack (R-Apple Valley), who asked rhetorically, “How are they going to pay that back? By upping the premium tax.”

Rep. Greg Davids (R-Preston) had his name as a co-sponsor removed from the bill before it returned to the House floor.

“I had high hopes. Chair Atkins gave it his best but it falls short,” he said during House debate. “I still have tremendous concerns about the board. I have a lot of confidence in the Commerce Department. They understand insurance and we need them to be in the lead. We have a board now that can overrule our Commerce Department,” Davids said. 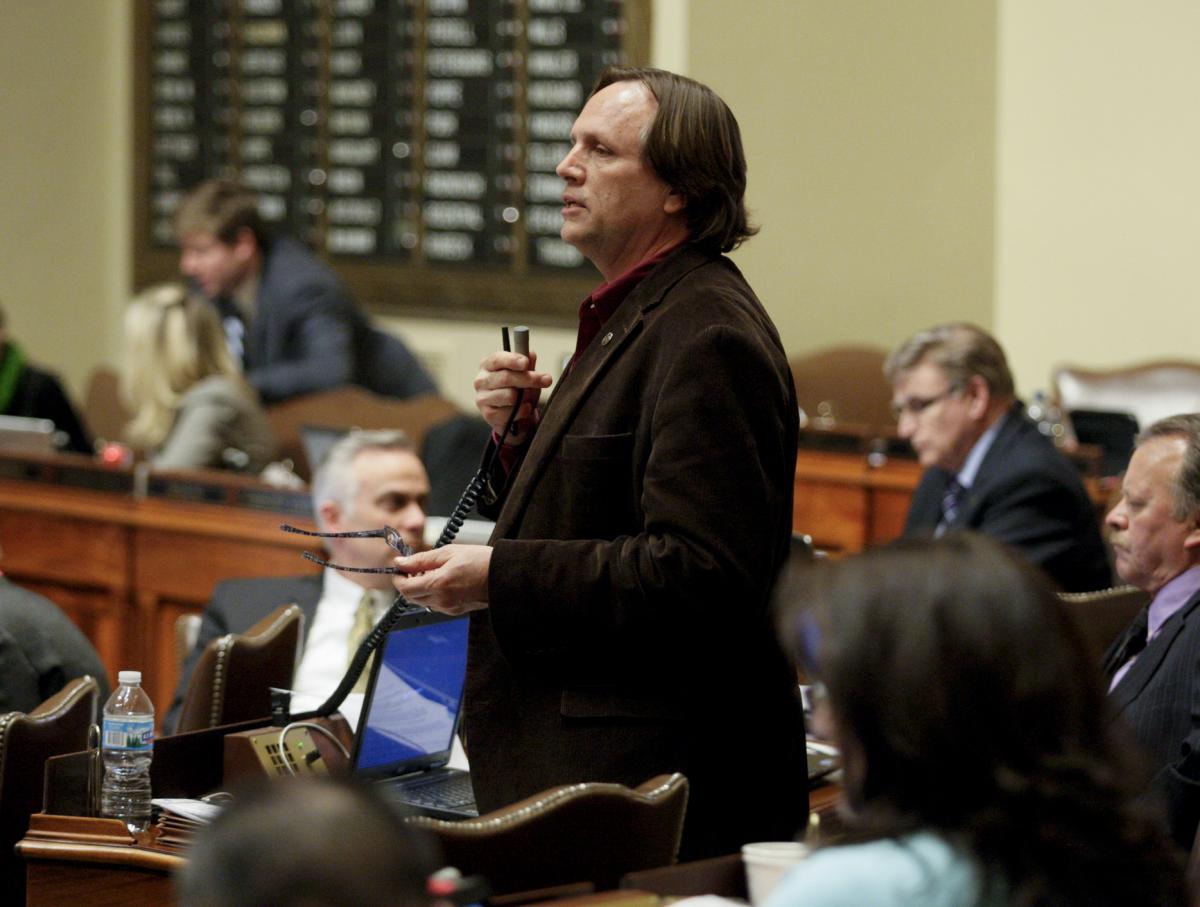 Commonly referred to as the “active selector” model, letting the board choose the plans had its pros and cons. Rep. Jim Abeler (R-Anoka) said insurance carriers need a guarantee, at least during the first year, that some of their products would be allowed in the exchange, in order to make the IT investment necessary to connect with the marketplace.

They don’t have $5 million to take a shot in the dark and not get picked,” Abeler (pictured at right; photo by Paul Battaglia) said during conference committee.

The Senate wanted the active selector model from day one to avoid the possibility that a plan offered the first year would be discontinued by the board the following year, disrupting the marketplace for consumers.

Other provisions kept or rejected

House members worked in a bipartisan manner to address data practices and privacy concerns. The report contains all of the suggested House language, which would make the board subject to the Data Practices Act. In addition, the seven-member board would be overseen by a legislative oversight committee, which would review the operations of the Minnesota Insurance Marketplace — a Senate provision. Plus, the legislative auditor would have authority to audit the marketplace as well.

A House-only provision to prohibit abortion coverage for plans offered through the exchange was not adopted by the conferees. It had been added as an amendment offered by Rep. Patti Fritz (DFL-Faribault).

The House also had a provision to prohibit the state marketplace from collecting data on individuals indicating whether they owned a gun, have firearms in the home, or had ever smoked tobacco. Conferees dropped the language about smoking and kept the prohibition on asking about firearms/gun ownership.

Called the most significant health reform in 50 years, more than one million consumers are expected to purchase health insurance through the exchange, including 300,000 current uninsured residents. Atkins said the state could save $168 million per year by insuring those currently being treated with uncompensated care in emergency rooms. Millions more would be saved by small businesses who would no longer pay into the state’s high-risk insurance pool, which would be phased out.