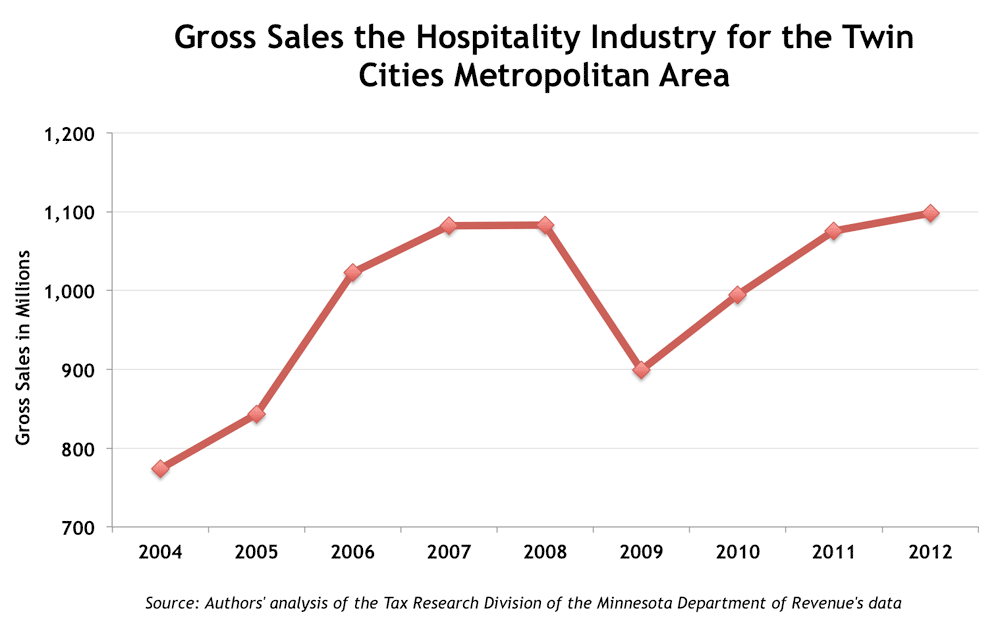 The hotel industry in the Twin Cities metropolitan region has made a strong recovery out of the Great Recession, but not everyone is benefiting from the industry’s progress.

Based on a range of indicators the regional economy in the area is doing well. The region’s 4.3% unemployment is well below the national average. Both the housing and commercial development markets are showing strong signs of recovery. The accommodations industry is on track for record profits, which will be bolstered by the All Star Game this summer. Gross sales have exceeded pre-recession levels in the regional hospitality industry at $1.097 billion in 2012 (see above).

The hotel industry in particular has seen strong post-recession growth nationally and locally. According to a report by Smith Travel Research (STR), “The U.S. hotel industry achieved a net income of approximately $33 billion, or 21.4% of total revenues, during 2011—a healthy increase of 15.7% over 2010 levels.”

On many industry indicators, the Twin Cities metropolitan region has outpaced the national average both in terms of REVpar (revenue per available room) and occupancy rates. In a February 21st, 2014 Minneapolis/St. Paul Business Journal article, John Vomhuff Jr. documents how, “Minneapolis’ hotel occupancy rate was 72 percent at the end of 2013, the highest mark since 2005. The local hotel market has rebounded strongly since falling to a low of 59 percent occupancy at the height of the Great Recession in 2009.”

Despite the return to profits in the industry, many metro area hospitality workers have seen declines in their living and working conditions. The lack of gains from the recovery for workers in the hospitality industry is a trend facing low wage workers across the region. A 2013 report published by the Metropolitan Council, The Twin Cities in 2012: An Uneven Recovery, uncovered the struggle low wage workers in the region continue to face. Based on a data from the 2012 census, the report demonstrates that a typical high-income household (at the 80th percentile of household incomes) has seen an increase in its income, from $119,810 to $121,335 between 2011 and 2012, while a typical low-income household (at the 20th percentile of the household income distribution) has seen no statistically significant change in household income during the same period.

Along with relatively stagnant wages many workers in the hospitality industry have seen an increase in their workloads. The financial pressures of the recession led many hotels to dramatically cut back their staffing levels. Despite recovering profits, there has been little new hiring. Statistical estimates based on ACS PUMS Census data show that employment in the hotel industry peaked at 16,423 in 2008 and fell to 14,153 by 2012. 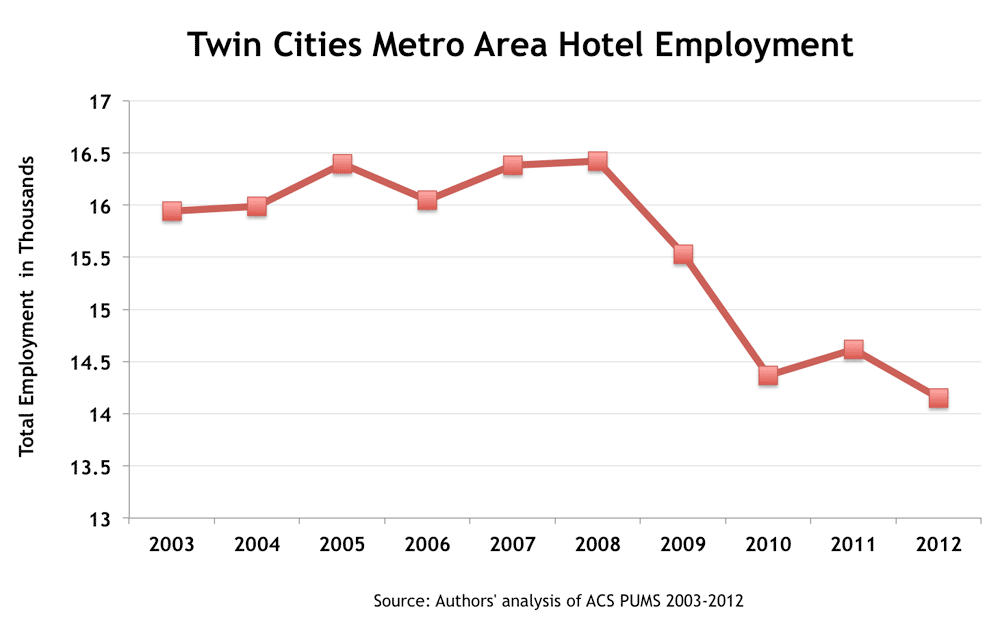 These declines in total employment are not due to a widespread shuttering of hotels. Rather, it is primarily a product of industry pressures for increased productivity. This has been a trend in the hotel industry nationally.

In a presentation to investors in 2011, Frits van Paasschen (CEO of Starwood Hotels) noted that his company strongly profited during the Great Recession by “cutting costs, reducing leverage and increasing liquidity. The crisis made us better and faster. In 2010, it was management’s ability to control labor cost that was the main reason for profitability growth.” The staffing cutbacks have clearly contributed to profit gains nationally and locally. The result for workers, however, is troubling. 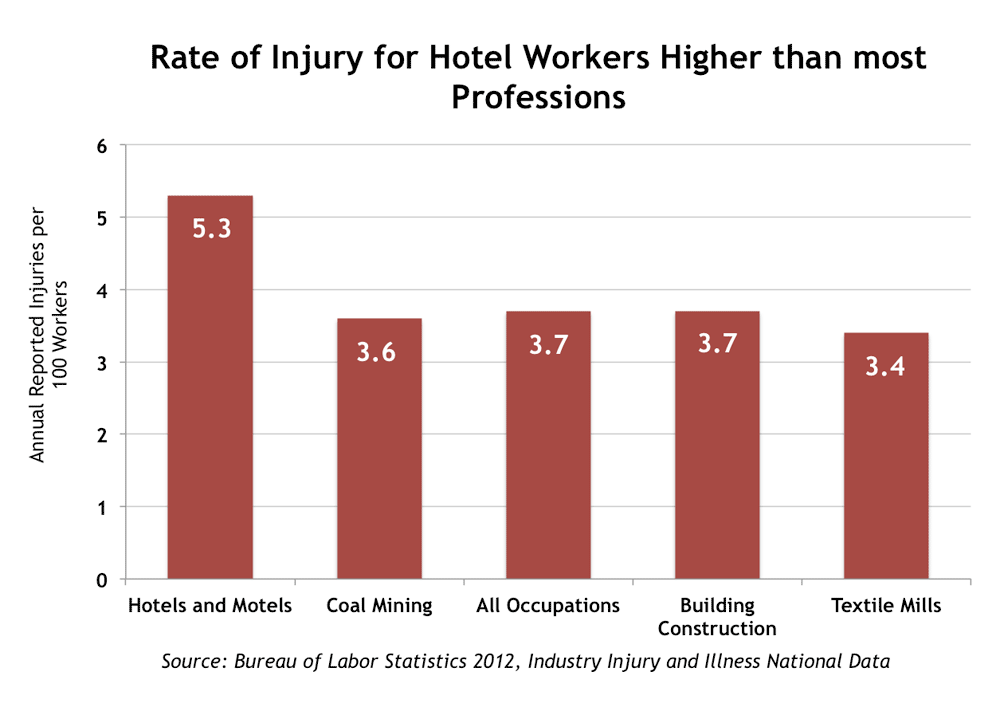 These industry trends are concerning. The hospitality industry is a key driver of our regional economy. We have seen a robust post-recession recovery, but industry gains have to a large extent come at the cost of employees. Through informed public policies and support for collective bargaining rights we can promote vibrant growth and improve for thousands of low wage workers in the industry.

* This article is the first of a three part series exploring the working conditions in the hospitality industry in the Twin Cities region. Upcoming articles will analyze the public cost of poor working conditions and the disproportionate hardship suffered by women and people of color in this low wage industry. This series will also advance a number of recommendations to promote a tourism and accommodations industry that is good for all Minnesotans.