Hospitals, as places of healing, have a natural incentive to provide food that’s healthy for people and the environment and to be models for healthy eating. A poor diet is a risk factor for four of the leading six causes of death nationally: heart disease, stroke, diabetes and cancer. More than 75 percent of the $2 trillion the U.S. spends annually on medical care is going to treat diet-related chronic diseases.

However, like many institutions seeking to contain food and labor costs, hospitals have become increasingly reliant on pre-processed and convenience foods, volume pricing and distribution agreements negotiated by national group purchasing organizations (GPOs). In some cases, they have completely outsourced their food service management and supplier relationships, giving up the ability to make day-to-day menu planning and purchasing decisions.

Nearly six years ago I wrote a report for IATP entitled Healthy Food, Healthy Hospitals, Healthy Communities: Stories of Health Care Leaders Bringing Fresher, Healthier Food Choices to Their Patients, Staff and Communities. In the report I described many of the barriers mentioned above. I also provided eight case studies of institutions that had found creative solutions to these barriers and were willing to share their experiences. At the time, these examples were far from the norm. Fortunately, this is no longer the case in Minnesota and nationwide. 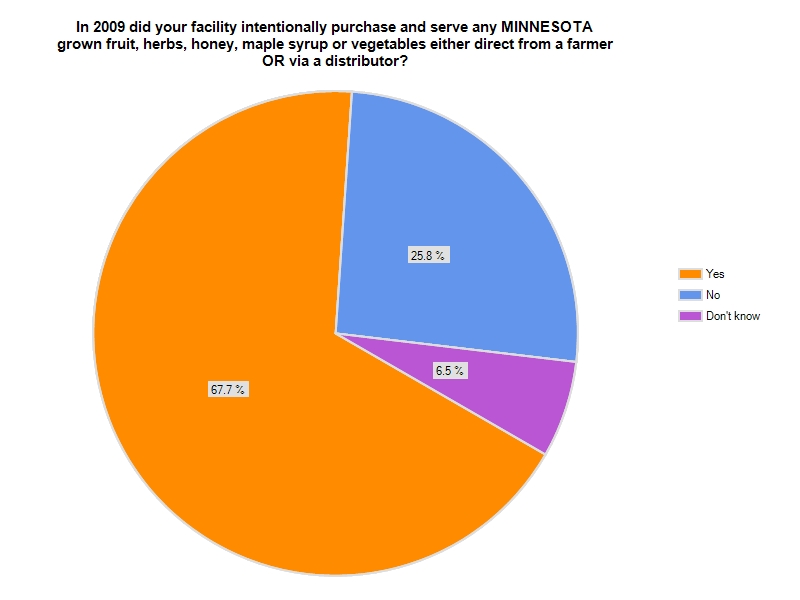 In recent years, several Minnesota hospitals have formalized their commitment to “the goal of providing local, nutritious and sustainable food” by signing the Healthy Food in Health Care Pledge, including St. Luke’s Hospital in Duluth, Children’s Hospitals and Clinics of Minnesota, Hennepin County Medical Center, Ridgeview Medical Center and Winona Health. Others have been taking less public but noteworthy steps to do the same.

To better understand the progress that Minnesota hospitals have made in the last few years, IATP partnereded with the Institute for a Sustainable Future (ISF) and Land Stewardship Project (LSP) over the last 12 months to survey individual hospitals.

We attempted to track purchases, document lessons learned, and more. Our efforts were focused on health care facilities in four regions of the state, including the Twin Cities metropolitan area, Duluth metropolitan area, Rochester area, St. Croix River Valley, and portions of west central Minnesota. The effort was funded in large part by a grant from the USDA Specialty Crop Block Grant Program and the Minnesota Department of Agriculture.

As a result of our survey, we learned that a high percentage of Minnesota hospitals (about 68 percent of survey respondents) are purposefully buying Minnesota-grown produce when available. Though some hospitals (35 percent of respondents) purchased produce directly from Minnesota farms, most hospitals reported purchasing local products via their distribution partners (70 percent of respondents) such as Bix Produce and Sysco Minnesota. The most commonly purchased crops include apples, corn, tomatoes, cucumbers, bell peppers, potatoes and winter squash. Also, 25 percent of respondents reported purchasing USDA Organic or Food Alliance Midwest certified produce items. This is great news since directing even a small portion of hospital purchasing dollars to support local farmers can help improve the overall economic health of our community, particularly Minnesota’s rural communities. 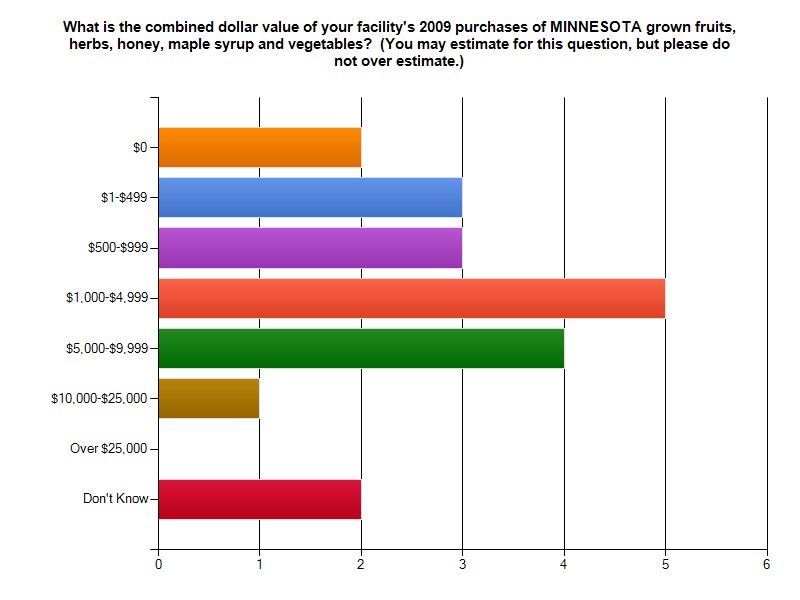 We also confirmed that more hospitals are hosting farmers markets and farm stands on site and/or are acting as Community Supported Agriculture (CSA) drop sites. Approximately 25 percent of survey respondents (7) hosted a farmers market or farm stand during the 2009 growing season, and 10 percent (3) acted as a CSA drop site for employees who wanted the convenience of purchasing and receiving CSA shares at work. While interest in and plans to host farmers markets held steady for 2010, survey results indicated a potential doubling of the number of CSA drop sites. Through a separate process we also learned that many CSA farms are interested in adding more workplace drop sites to their existing routes.

In addition to the survey, staff from IATP, ISF and LSP worked individually with hospitals between May and October to set local-produce purchasing goals, determine steps needed to achieve the goals, measure progress and document lessons learned so they can be shared with Minnesota farmers and other hospitals.

The results of our survey and work with individual hospitals show positive signs that Minnesota’s health institutions are headed in the right direction, but we also found that there is lots of room for growth. For instance, the estimated annual dollar value of Minnesota-grown specialty crops purchased by surveyed hospitals varied considerably, with the largest percentage spending less than $1,000 per year and all but one hospital reporting annual purchases of between $1,000 and $10,000. These amounts generally represent a very small percentage of total reported produce expenditures, especially fruit. Hospitals buy lots of fruits and berries, but find it hard to get anything other than local apples through their distributors. For instance, one hospital we worked with purchased $26,000 of fruit between May and October, of which less than 1 percent was grown in Minnesota.

For many hospitals, it is still very challenging to spend even a small percentage of their food dollars outside their normal distribution channels. Most Minnesota hospitals are still relying on their distributor to provide them with produce, including produce grown on Minnesota farms. Right now there are only a few distributors that are going out of their way to provide these products, and only one that does pre-processing and carries at least some Minnesota-grown produce items most of the year. Thus, hospitals that do not or cannot do business with these distributors or buy direct from farms will have extremely limited ability to support local farmers until contracts expire or are renegotiated.

In the meantime, many of the hospitals we worked with this year are eager to continue their efforts to increase staff and community access to fresh produce grown on Minnesota farms in 2011, and we will continue to support them.