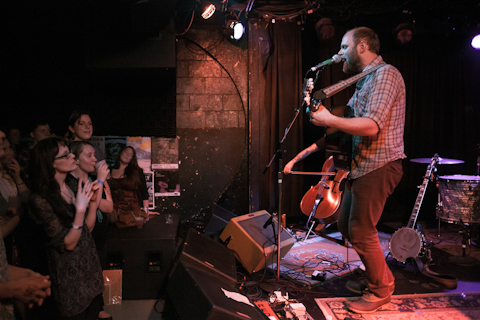 Disclaimer: I have a huge bias in favor of Horse Feathers. I walked into the 7th Street Entry on Tuesday, April 24 ready to love them because I’ve listened to their third album a disgusting amount of times, and their newly released album, which has only been released for about two weeks, is quickly following suit. So it should come as no surprise that I loved them in concert, but not because I know their music like the back of my hand, but because they put on a hell of a show. I had already fallen in love with their music through the ear buds connected to my iPod, but Horse Feathers live in concert is the best way to enjoy it.

It was clear just by looking at the instruments strewn across the stage before the concert started that Brown Bird would be a perfect complement to the indie folk music of Horse Feathers; if you went to see Horse Feathers, you would be pleased with Brown Bird, and vice versa. Jay Gabler saw the two-person band at this year’s SXSW and said the band’s live performance had a “a static sameness not reflected on the Rhode Island act’s fine new album Salt for Salt.” I’m happy to say that my experience of the band live was nothing like Jay’s. With David Lamb on banjo, guitar and lead vocals and MorganEve Swain on fiddle, bass, and cello (the one-woman orchestra), the two pretty much blew me away with their sheer musical talent. And this was even before MorganEve’s brother Spencer Swain casually jumped on stage to play the hell (and rosin) out of the violin for a song, and then just as casually leave wearing a much-deserved, albeit a little bashful, smile on his face. I’m not usually one for jamming songs, but damn … I could’ve listened to those three play their instruments all night. During Brown Bird’s set, members of Horse Feathers watched their opener with the audience. Brown Bird, I gathered, would only be touring with them for a week or two. When Justin Ringle (lead singer of Horse Feathers) came on he said he realized how great the next week was going to be because of them. It was the band’s first time in Minneapolis, and I really hope they return.

Horse Feathers followed not too long after Brown Bird wrapped up. The group consists of Ringle (lead guitar and vocals), Nathan Crockett (violin, saw), Angie Kuzma (violin), Lauren Vidal (cello), and Dustin Dybvig (drums, keyboards). Since their 2010 album Thistled Spring, the band made some changes and additions member-wise, but haven’t missed a beat. Songs from their old albums blended in seamlessly with their new album, Cynic’s New Year, which was just released in the middle of April. Thistled Spring is arguably one of my favorite albums of all time. The instrumentation is absolutely astounding to listen to, the lyrics are carefully constructed, and Ringle’s voice is, well, almost beyond desribing (it’s so, so good). I listen to their music to relax (and to fall asleep), and so I was curious how their music would transpire on stage. The transformation from album to stage was actually quite amazing, the instrumentation had even more of a presence live than it does on their albums (I didn’t think it was possible). Songs like “Drought” and “Cascades” that are on the mellow side had a floor-shaking beat that carried through my body when performed on stage. I didn’t want them to stop playing. Ever.

Having played in the orchestra from fourth grade through college, I have a great appreciation and fascination for the art (probably partly because I was never very good, a little above average if I really tried). Seeing bands like Horse Feathers and Brown Bird play at the 7th Street Entry reminded me just how cool the orchestra is. They were rocking out on their wood instruments and whatnot, and the audience was eating it up. There’s no pretension in bands like these; they are successful because they can play, not because they they can make you “make some noiiiise” or woo you with their showiness. It was a pure and refreshing night of music. 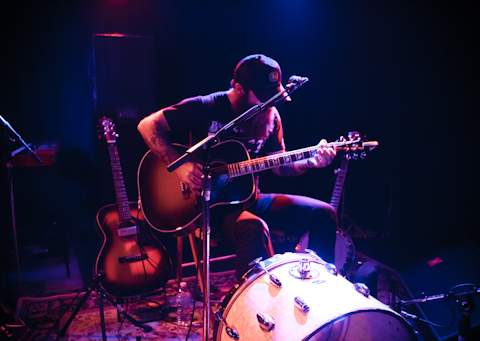 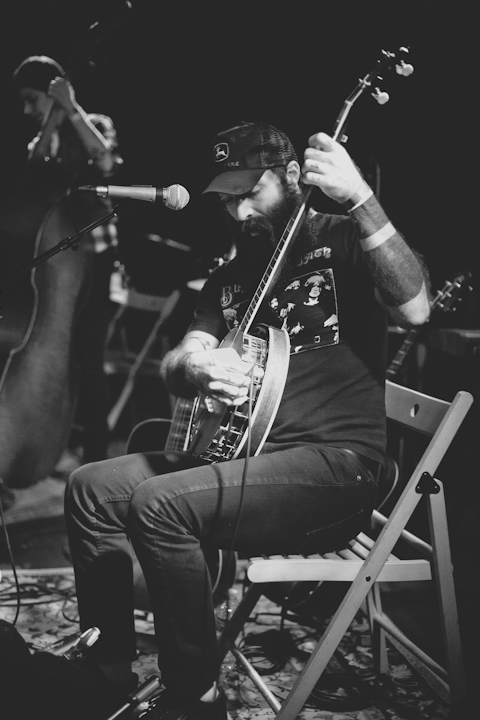 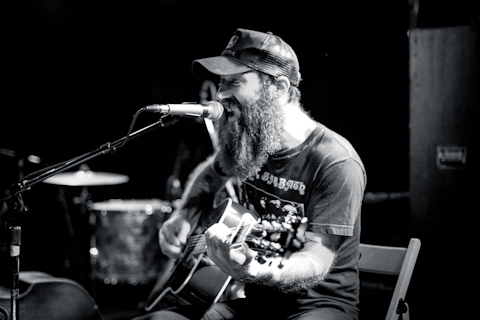 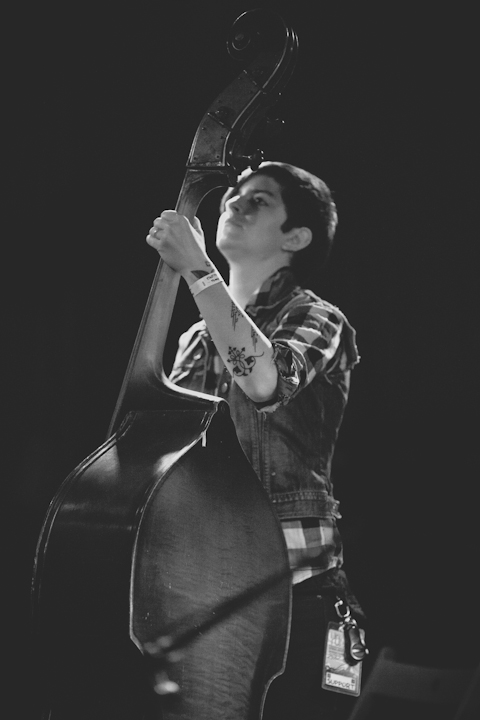 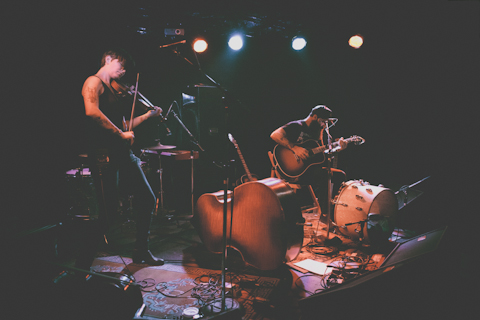 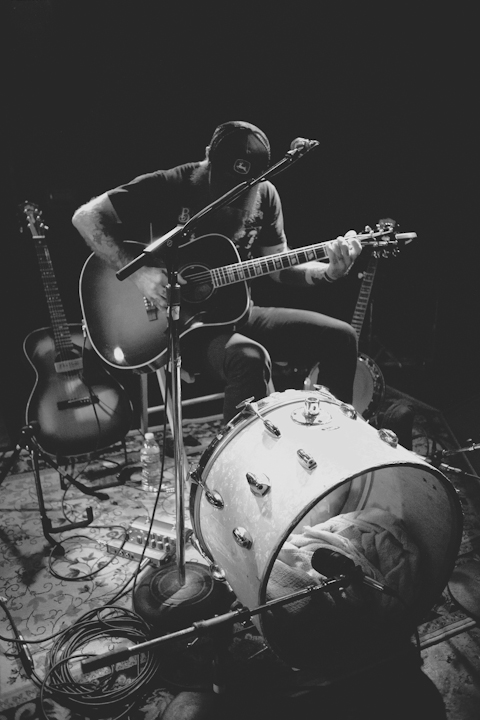 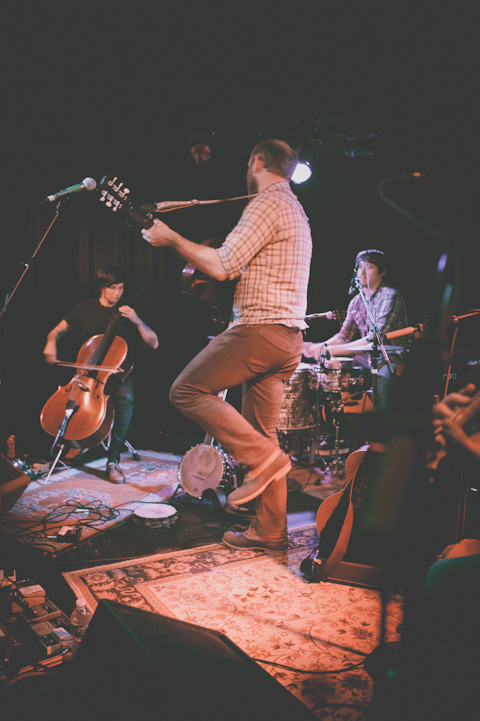 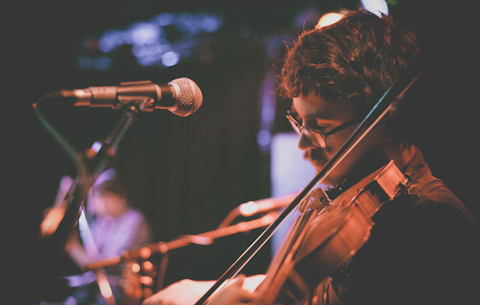 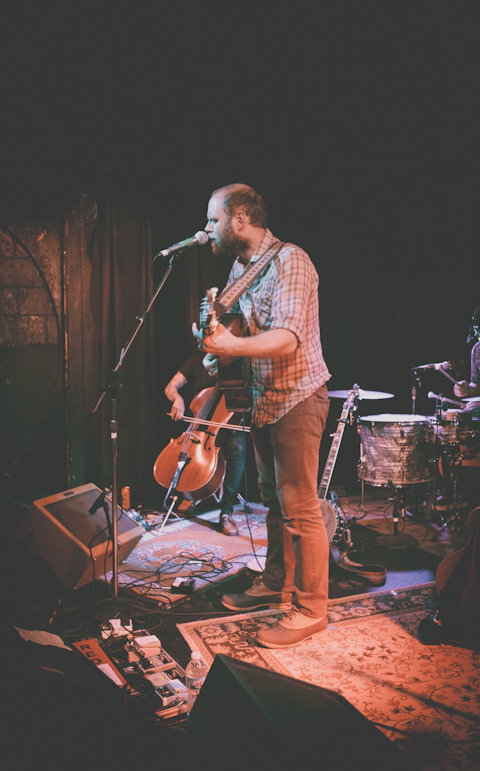 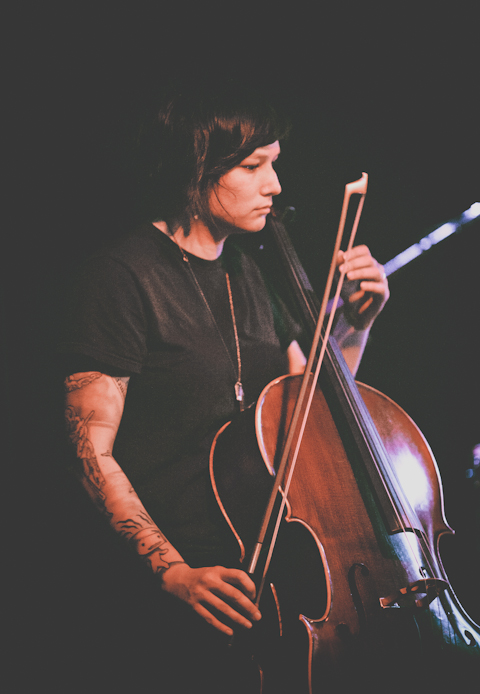 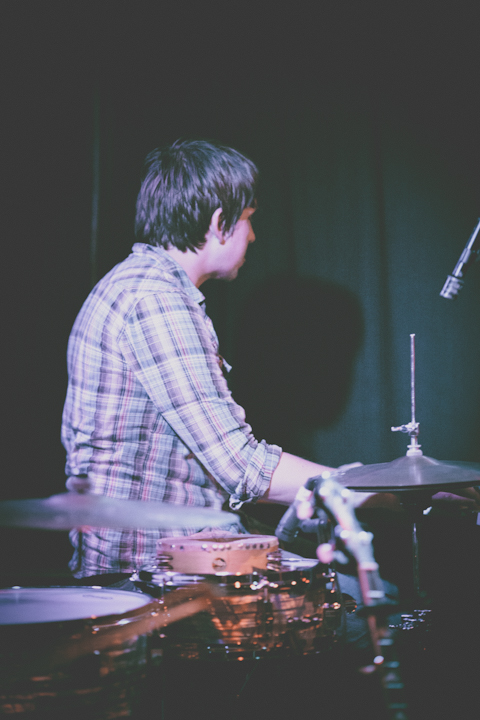 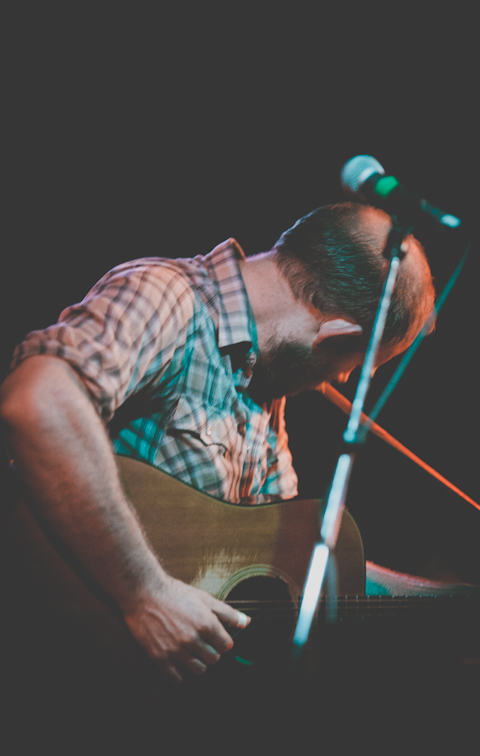 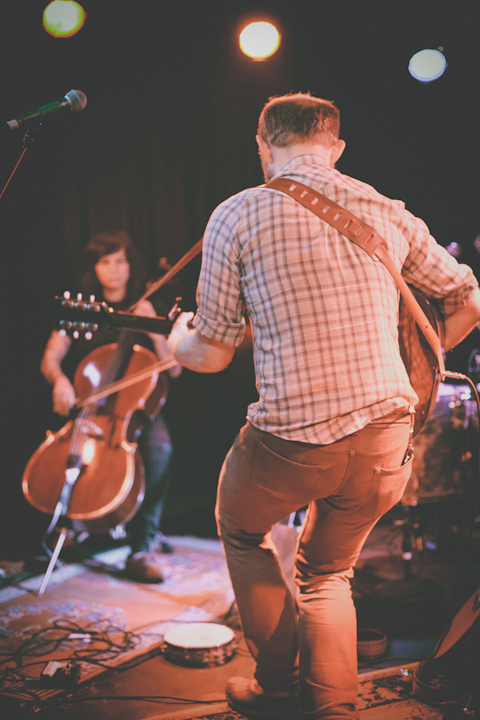 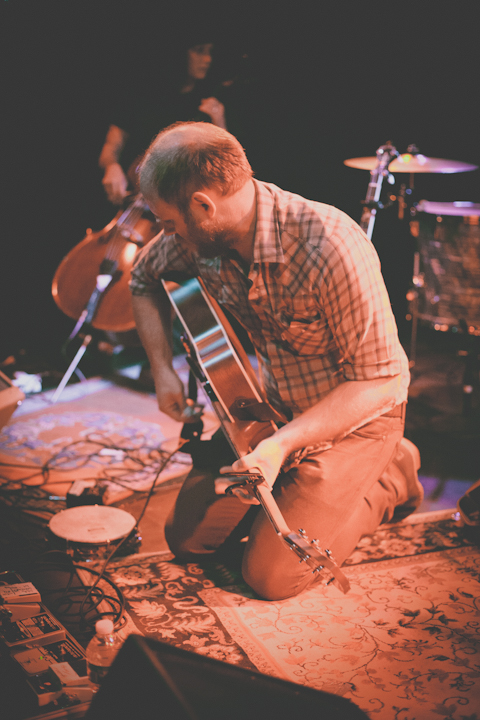