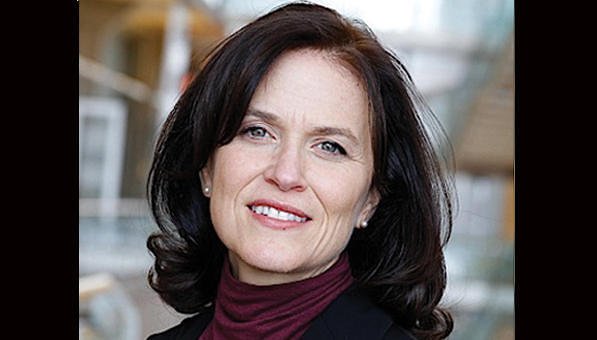 Bill McGuire and his sports buddies the Pohlads, who own the Twins, and Glen Taylor, who owns the Timberwolves, want to build a stadium in downtown Minneapolis just for soccer.  And here’s the good news: They want to build it using private money.  And here’s the bad news: They want a rebate on sales taxes and they want a permanent exemption from paying local property taxes.
Mayor Betsy Hodges went on record as saying “No,” and she said it in a public and detailed letter:

“There is no need for a subsidy for this facility, or this ownership group, whatsoever. The subsidy they are requesting will have a direct and negative impact on the taxpayers of Minneapolis.

“First, the McGuire group is asking to avoid paying their fair share of property taxes—not just for a limited term of time, but forever.

“The land where the MN United ownership group proposes to build the stadium is currently privately owned, so it currently pays property taxes [$334,000 a year] that would disappear if the soccer stadium were exempted from taxes. Beyond that, given this land’s location on the growing edge of our booming downtown, and its proximity to the upcoming $1.6-billion public investment in Southwest light rail, there is no question that this property will be redeveloped, stadium or no stadium. A truly private development would pay property taxes there; but if a tax-exempt stadium is built there, Minneapolis taxpayers would forego millions of dollars of value on the property-tax rolls.”

The City of Minneapolis is probably going to have to spend hundreds of millions of dollars, according to architects at Urban Works, to develop the kind of infrastructure in road construction that would make the renewal of the West Loop a possibility.  But that investment by the city will be repaid by an increase in property taxes for the area.  The key is that the property taxes are necessary to pay for the infrastructure.  But McGuire, the Pohlads and Taylor don’t want to pay their share, even though they will benefit directly from the hundreds of millions of dollars in city infrastructure and the $1.6 billion light rail that will stop at their front door.
It’s class war.  Them against the rest of us.  And we’ve been losing for a long time.

Who are these guys that want a handout?

In our January editions we described McGuire as the man “who ripped off $1.6 billion from UnitedHealth through backdating stock options and was ordered by the Securities and Exchange Commission to repay $468 million.”

The late Carl Pohlad earned his fortune by selling the Tropicana Casino in Vegas to the Mob; by allegedly misrepresenting the value of stock in Continental Airlines according to a stockholder suit; and by pleading no contest to conspiring to fix interest rates when he owned Marquette Bank.

And Glen Taylor, the third billionaire in this constellation, owns the StarTribune, which (unashamedly) is editorializing in favor of the tax exemption.

They make the Vikings’ Zygi Wilf (who was called a racketeer by a New Jersey judge) look like an altar boy.

The City Council is split on whether to grant the property tax exemption to the billionaires.  President Barbara Johnson has done a neat job of corralling the Northside votes.  Blong Yang and Jacob Frey are already on board.  Kevin Reich will probably drink the Kool Aid.  It remains to be seen how well the Southside City Council members will be able to resist the euphoria of billionaires and big time soccer.