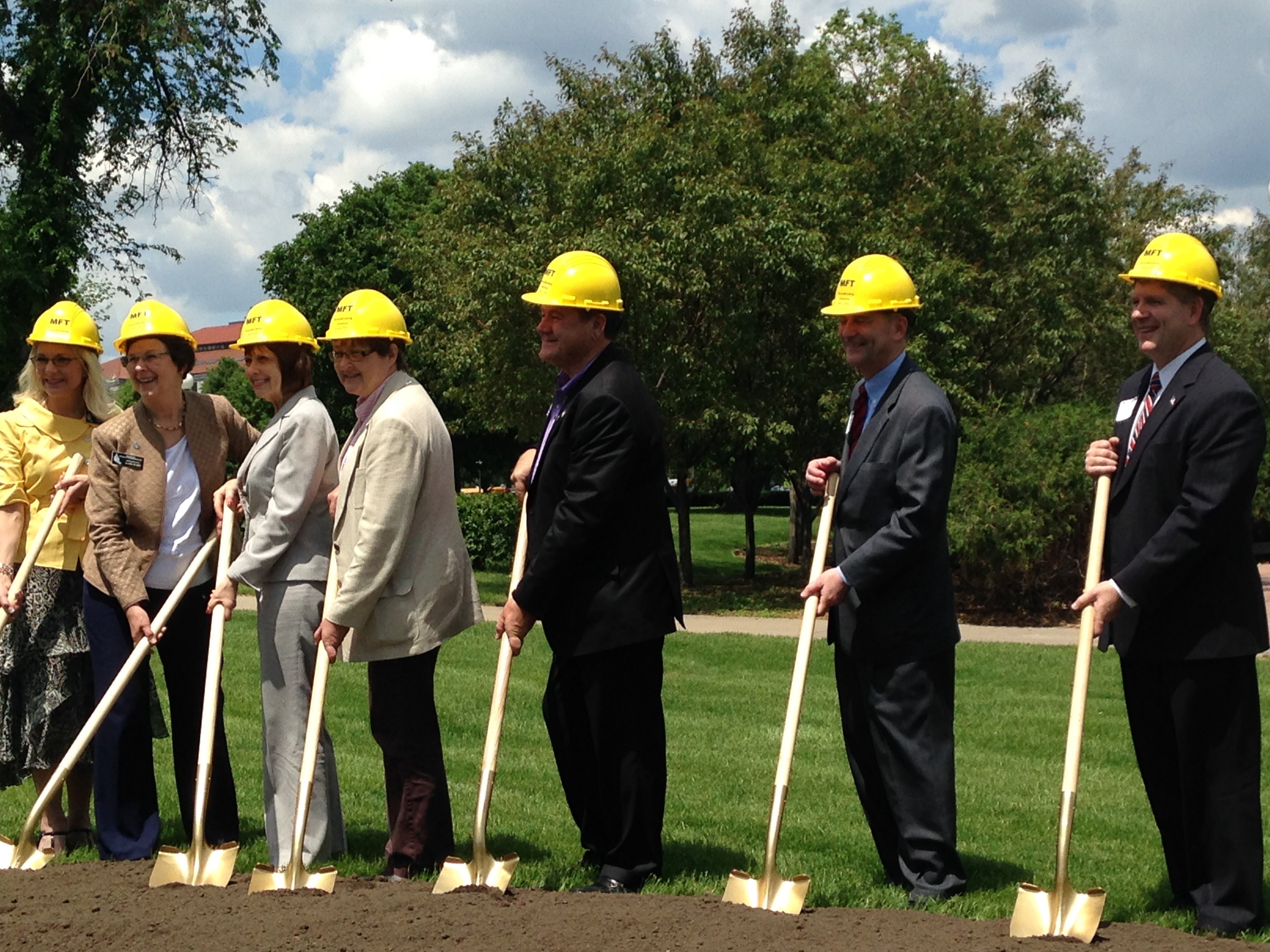 On June 4th there was a groundbreaking ceremony for the Minnesota Military Family Tribute (read=”memorial”) at the Minnesota State Capitol.  And it was a nice occasion; speakers included Gold Star parents Ken and Julie Drevnick, Major General (Ret) Harry Sieben, Congressman Erik Paulsen and Governor Mark Dayton. All spoke of the sacrifices military service has on the home front. “When a soldier is deployed, an entire family is deployed. The mother is sitting home watching the news like she’s never watched it before, wondering if her son or daughter is there.” remarked Major General (Ret) and Mn Dept of Veterans Affairs Commissioner Larry Shellito.

Indeed Mothers do – as do spouses, fathers, brothers, sisters, in-laws, friends and neighbors.  Lest anyone forget: war is hell on the home front, too.

To me, there was a disconnect at this event.  While this memorial honoring the sacrifices of families is nice and well deserved (and paid for by private donations), there was legislation introduced and debated this last legislative session that would have severely and adversely affected spouses and widows of those that served.  It’s a zombie bill; it was stopped last session but was not killed.  It’s sure to be brought up again and Again and AGAIN.  While memorials are nice, honoring the sacrifices requires more than just that.

Ever since the Minneapolis Veterans Home was built (late 1880’s, shortly after the end of the Civil War), spouses and widows have been eligible to receive care there as long as they had the medical necessity and the financial need.  After all, President Lincoln’s Second Inaugural Address called for care of the Veteran, the spouse, the widow, the orphan. For over 125 years, the great State of Minnesota has honored that call.

Earlier this year, legislation was introduced in the Minnesota Legislature that would take away a benefit available to spouses and widows.  To be clear: Veterans and Veterans Organizations (American Legion, VFW, Disabled American Veterans, etc) did not ask for this. Actually, every major Veterans Organization opposes this change, for a very simple reason:  spouses and widows of veterans made sacrifices, too.

It would be a real shame if this legislation was passed next spring, right before the Minnesota Military Family Tribute (“memorial”) is dedicated in June 2015.