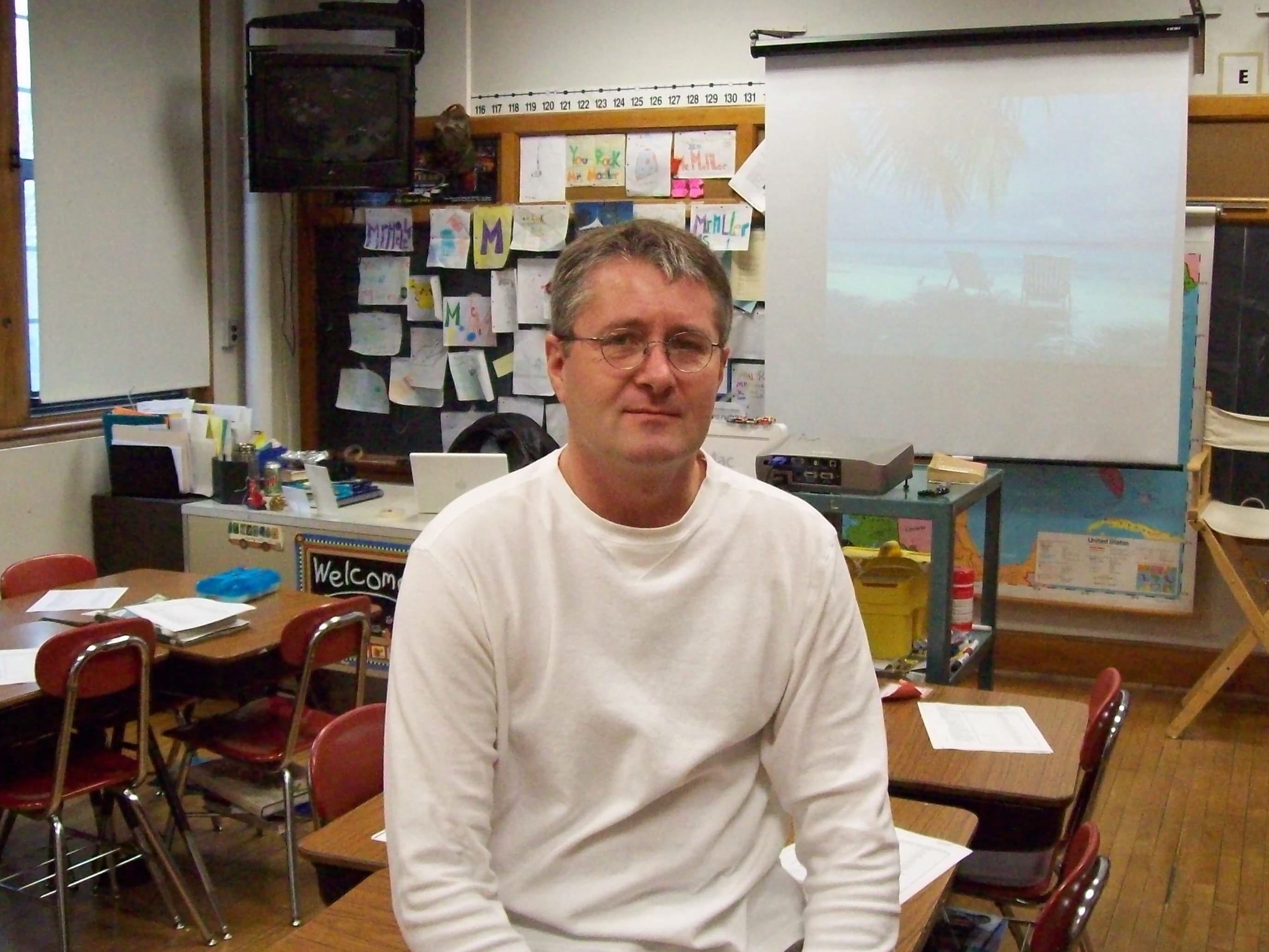 This is the story of a beloved public school teacher.  It’s about Ron Moeller, who recently died at age 48.  More than 300 St. Paul, Minnesota parents, educators and students attended a spaghetti dinner and memorial service in his honor last week.

At that service, St. Paul elementary school teacher Joe Flahavan recalled that he and Moeller were “surrounded by a lot of women and a lot of estrogen.”    Others remembered him as a man who cared deeply about students.  But he did not take himself very seriously. Some recalled how he would sometimes put his feet up on a desk, and students would write notes on the bottom of his beloved Adidas.

Fellow teachers, like Sandra Bertz, noted that he had enormous commitment and compassion.

Through tears, some of Moeller’s students sang,
“I’ll be your candle on the water, this flame of me will grow,
Keep holding on, you’ll make it.  Here’s my hand so take it….”
(From Candle on the Water, by Al Kasha and Joel Hirschhorn)

That dinner was the idea of a parent, Rose Wahlberg.  She and others organized it, hoping that he would live to enjoy it.  But sometimes cancer is cruel.  In this case it moved too quickly.

But Moeller knew people loved him. A variety of community groups and businesses donated food and other items for the dinner and raffle. That dinner and service were another gift to all who attended.  It was a true testament to the powerful, positive connection that can develop between educators, students and families.

Students at Randolph Heights, the elementary school where he taught raised more than $2000 to help his family.  The spaghetti dinner raised another $7000.

Moeller did not start out his career in teaching.  He moved to the Minneapolis/St. Paul area after graduating from the University of Northern Iowa.  Following graduation, he worked for an aerial photography company.

But Moeller decided that teaching was what he wanted to do.  Moeller met Joe Flahavan while they attended teacher preparation classes together.  They later taught at Randolph Heights.

Friends recalled that Moeller had many interests.  He was a huge fan of NASCAR racing, Hawkeyes football, along with the Minnesota Vikings and Twins.

Many of the young people he taught will never forget Mr. Moeller, just as many of us remember wonderful teachers decades after we leave their classrooms.

Yes, students move on.  But lessons the best teachers share about life, integrity, honor and humility, stay with us forever.

A lot has been written recently about teachers.  Yes, some improvements are needed.  But concerns and criticisms must be balanced with recognition that the finest teachers have enormous positive impact.

One of Moeller’s students wrote, “Like a kid in charge of room 2409, the classroom was his place to shine.”  Teachers like Moeller make it the students who shine.