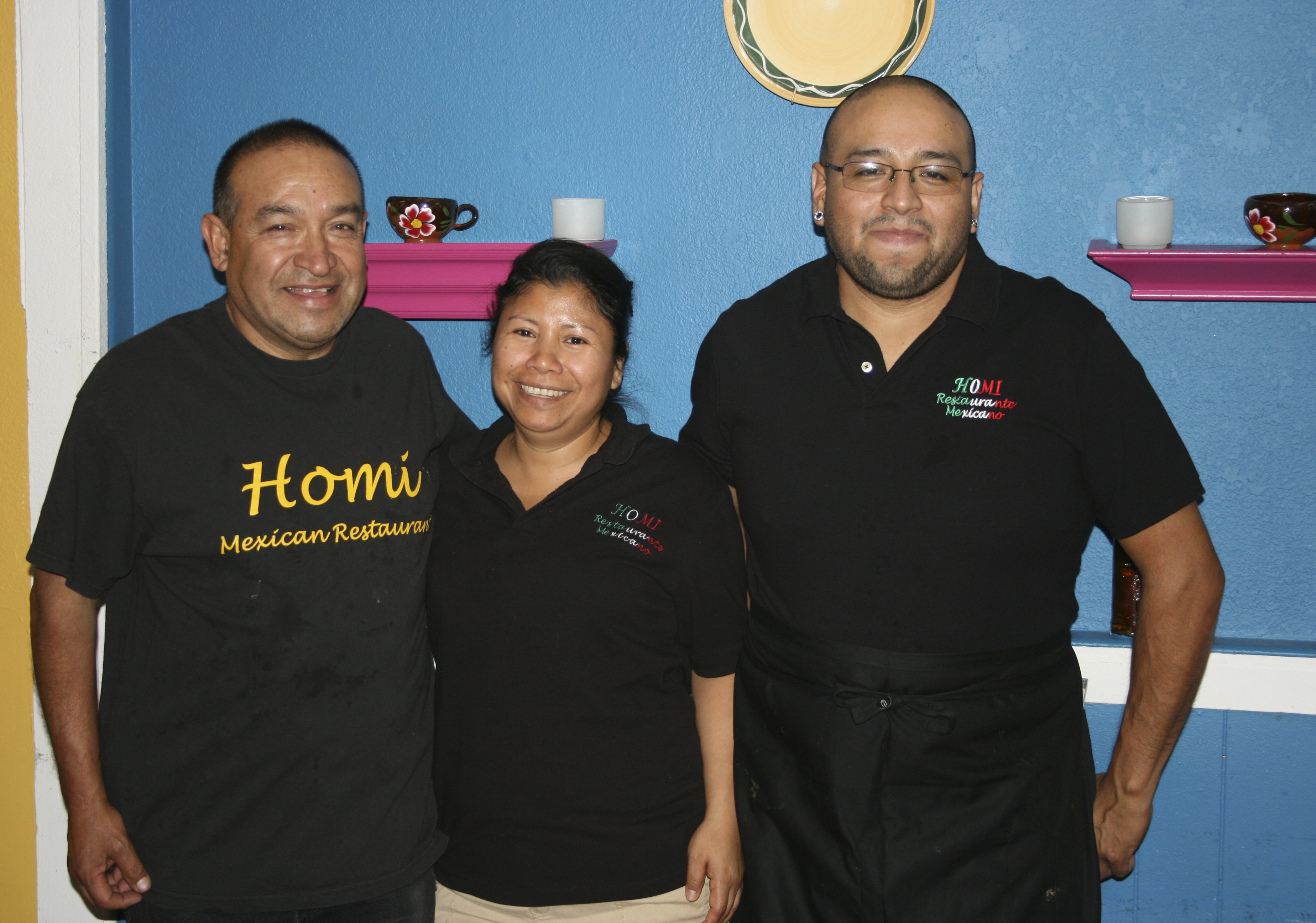 “I remember my first year, when I come to Minnesota. Only one place that I can find Mexican people, El Burrito, El Burrito Market (on St. Paul’s West Side).” That was over 20 years ago, but Miguel López, co-owner of Homi Restaurant (864 University Avenue W., St. Paul), still recalls the feeling of isolation that he experienced. “No Lake Street, no nothing. It’s very hard.”

López marvels over how things have changed. “Now you can find (Latino) people everywhere.” He says that Minneapolis’s Lake Street has undergone the most dramatic transformation. “You go to Lake Street and it feels like any city in Mexico.” 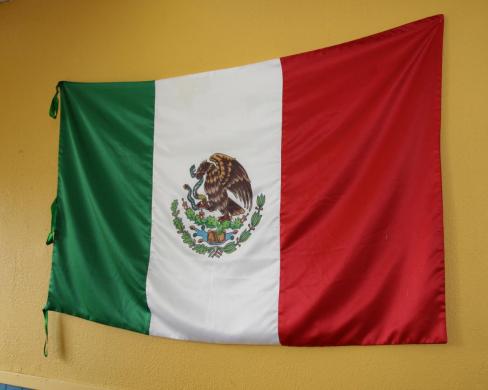 These days, change of another kind is something that López and his family are having to navigate, this time right outside Homi’s door. Construction of a major light rail project was not something that Miguel, his wife and co-owner, Hortencia, or son, Miguel, Jr., anticipated when the family purchased and opened the place in October 2009.

The hardest part about University Avenue’s transformation, according to family members, is the vulnerable spot they find themselves in as renters.

Miguel, Sr., calls Homi his “hobby.” His primary job is at Wholesale Produce Supply. An interest in food, which connects job and “hobby,” runs deep. He was born in the Mexican state of Hidalgo, where his father left a job at Goodyear Tires to start a supermarket. His mother was a homemaker. López came to Minnesota as an adult, after four years in Southern California. His wife, Hortencia, was born in the state of Oaxaca and grew up in Veracruz. She arrived in St. Paul much later, in 2001. It’s where the couple met. 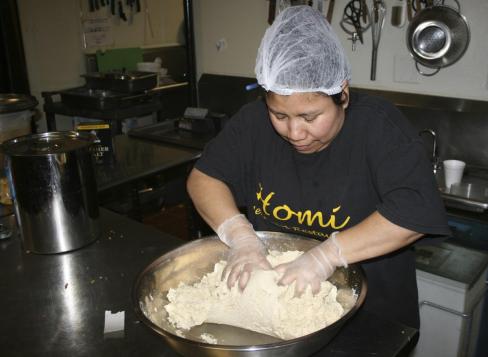 López says he’s always been cooking and serving food, first in Mexico, then out of his family’s home, to friends, in St. Paul. The leap to preparing food for the wider public began one day when he was driving down University Avenue. A “for sale” sign in the window of the Red Pepper Café—a restaurant featuring a fusion of Hmong, Chinese, Vietnamese, and Thai cuisines—caught his eye. López spoke with the restaurant owner and thought that the asking price was good. Having a restaurant would allow Miguel, Hortencia, and Miguel, Jr., all of whom love to cook, to share the foods they eat in their own home with more people.

The name “Homi” comes from the first two letters of Miguel’s and Hortencia’s names. 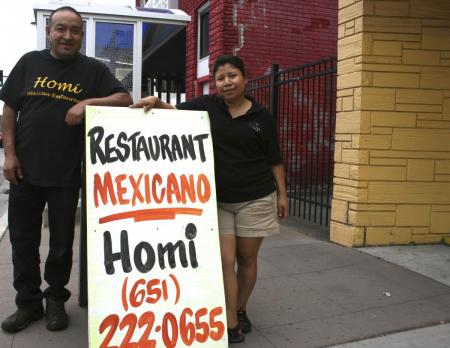 According to López, “The recipes is like any, any food like I’d eat it at in my home, regular food, eat it in my home, those are the recipes. It’s not a big complicated recipe. The basic recipe, even from Mexico, most of the people know my menu. It’s a very simple menu.”

This, his son points out, is what distinguishes Homi’s menu from others. “We’re the only Latino-Mexican restaurant in the area, besides La Cucaracha, which has been here for what, 20-something years. But again, they’re Mexican American. Our food is 100 percent Mexican….It’s things you will eat at home. Pretty much it’s comfort food for us.” 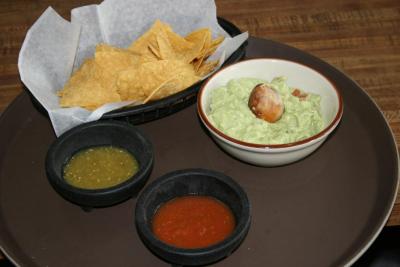 Navigating an economic downturn and then construction

One thing the family did not anticipate when they opened in 2009 was the economic downturn. Then, in the midst of those challenges, came news that light rail construction was about to begin.

I know about the construction about three or four months later (after the purchase). I think it’s the reason he (the Red Pepper Cafe owner) ended up selling this place. Because the previous owner think I’m going to be in trouble if I keep open.

It took until the summer of 2012 before light rail construction reached the intersection of University and Victoria. By that point Homi had built up a nice clientele. “Most of the customers are neighbors,” says Miguel, Jr. “Yes, most of them are neighbors, so they know about us, they come to eat, they bring their friends. Friends tell friends, I think. That’s probably the best advertising we can have, word of mouth.” 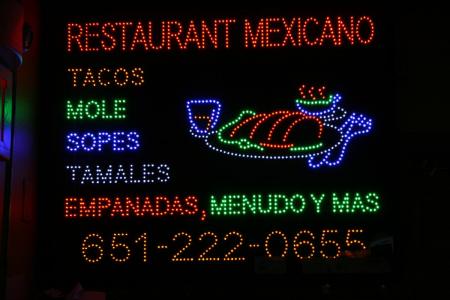 Having a small parking lot has proven a big plus, adds Miguel, Sr. “It (light rail construction) affected us, but not very much…most of the businesses (along the Central Corridor) don’t have parking. We have parking in the back, just a little bit. For six cars, but that help us.”

A steady catering business also helped Homi through the construction phase.  Miguel, Jr. reels off a number of catering customers, from the State Capitol, to nonprofit organizations, and Latino family weddings. “That helps a lot,” he says.

More challenging than the lightrail construction are the costs of running a small business in an old building, especially during winter, and particularly when the space is leased. Wintertime, says Miguel, Jr., is a huge challenge. “Part of it’s insulation, part of it’s the building’s so old. As you can see, we have the old water heaters, so it takes a lot of money to keep this place running in the winter.” Bills almost double, but customers are charged the same as during any season. 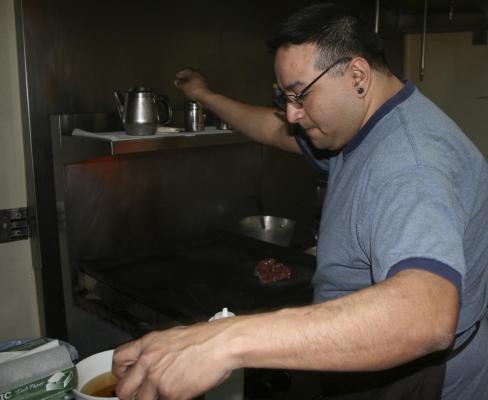 Available assistance, father and son say, benefits property owners, not business owners who lease their spaces. A business owner can receive support for façade improvements like painting, or for structural improvements like adding a new roof, all of which ultimately benefit the property owner, since they stay with the building. Business owners who lease are not able to seek help with rent, heating or electrical bills, things which would directly benefit them.

On top of all of that, it’s the landlord who determines what rent to charge. As a commercial area becomes more attractive, the property owner can and normally does raise the rent, which puts the business owner, the lessee, in a precarious position. It’s why Miguel, Jr., says, “For us to apply for a project that will benefit the owner of the building…why even bother to do that?”

The two Miguels think that the light rail project is already making the area more attractive. More lighting and various aesthetic improvements are helping prospective patrons feel safer, more secure.  Miguel, Jr. notes that drug dealing along the Corridor is disappearing. His father says, “It’s not the same University street it was 20 years ago. Now you can walk in the night.” 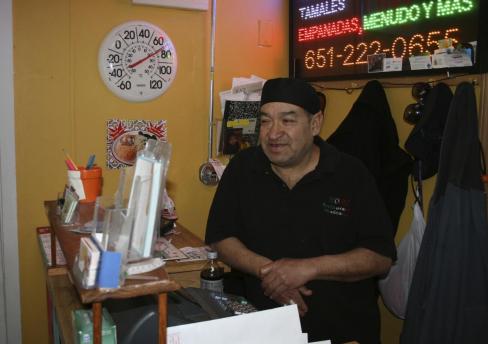 The younger Miguel sees the Central Corridor becoming an affordable alternative to other fashionable neighborhoods. Lofts, such as those near 280, are reviving the area, he says.

All of this will help draw more customers, particularly white middle class customers. “White people don’t like the neighborhood,” says López, Sr., because they think of it as a black neighborhood. “They’re scared of all those neighbors.” 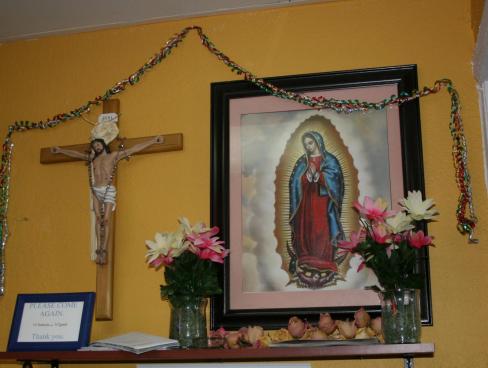 The family’s interest in how things unfold is heightened by the fact that they have owned a home off of University Avenue near Lexington Avenue for the past 13 years.

Tempering all of the ups and downs are the satisfactions that come from interactions with customers. “Everywhere we go,” says López, “they say, ‘I know you, I see you in the restaurant; you are the owner, you are the cooker.’ It makes us very happy, people talking about that.” He credits Reyes for creating such a welcoming environment. “The lady’s very charismatic and talking and making jokes with the customers.” The family often hears that Homi is, “like eating at our home, not like a chain restaurant.”

Homi has tried advertising, mainly on Latino radio stations and with flyers, but personal endorsements, either face-to-face or over social media have been the most help. “Yelp has been good to us,” reports Miguel, Jr. “We get reviews every day from customers who love our food.” His father adds that glowing reviews by local food critics have drawn customers, too. 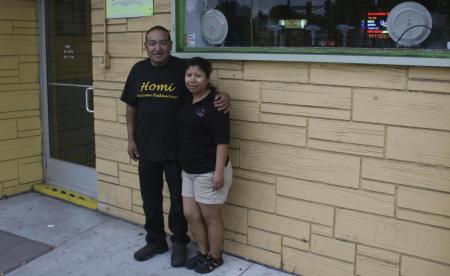 Reyes says that what keeps her family motivated amidst all of the challenges is the support they have gotten from the community. “If you like our food, come, support us,” she says, “thank you, thank you everyone.”

There are plans that the family cannot talk about, but one of their hopes is to make the space bigger, “because now sometimes my customers are waiting for a table,” López says. “I dream about maybe 60, 70 people in the room, double this size.” The thing about dreams, he adds, is that, “Every time when you have a dream, everything you do costs money. There’s not enough money now.”

To learn more about Homi, listen to an audio version of the interview Miguel López, Hortencia Reyes and their son Miguel, Jr., and read the full transcript here, and watch a short video featuring Miguel López, produced by Jose Luis Morales Alegria. Additional assistance was provided by Luce Guillen-Givins and Mary Turck.

To see more photos and to keep up with news and future plans, visit Homi’s website and Facebook page.