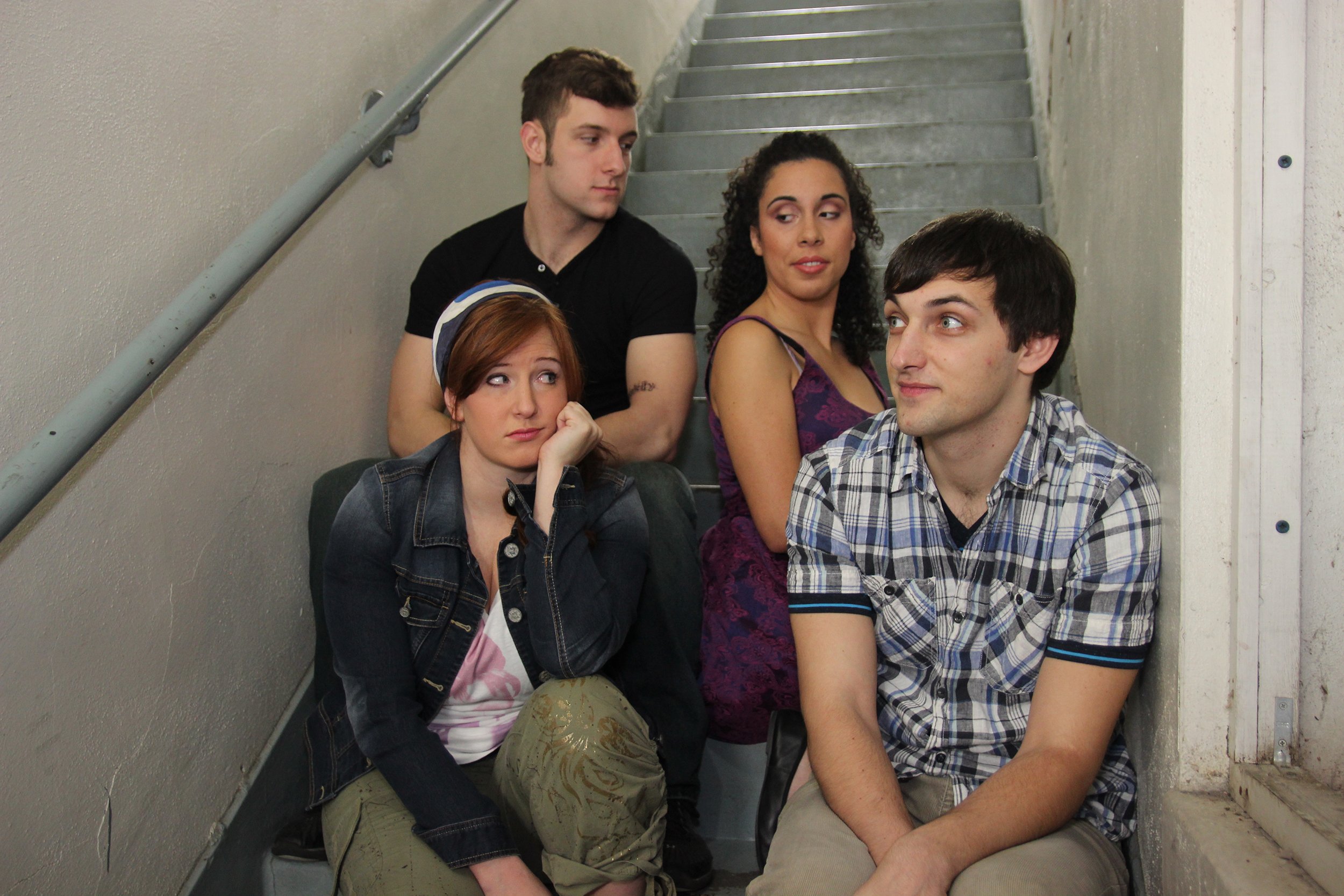 Calvin Berger is a new and hilarious musical by Barry Wyner that follows four high school seniors trying to survive their last year. Calvin, the class brainiac, has a huge crush on the prettiest girl at school, Rosanna . She falls for the cute new kid, Matt, who feels the same way but can’t find the words to tell her. Calvin, convinced that his big nose is the one thing standing in the way of his chance with Rosanna, finds a different and not-so-successful way to confess his love. Brilliant at writing, he gives Matt romantic poems to memorize and recite to Rosanna, making her fall in love with the words… and Matt. While this unfolds, Calvin’s cute and quirky best friend Bret watches from the sidelines, hoping that Calvin will notice her feelings for him.

On Tuesday, January 13th, I had the pleasure of being able to watch the cast of four perform the first act, and afterwards sit down with them for a Q&A. Don’t let the words “cast of four” fool you.  On the final chord of the first act, I caught myself leaning back in awe from their power. Each actor packed quite the punch. Their chemistry was strong too, it is pretty cool when you can assume a group of people really care about each other off stage just by their performance on stage. Speaking of their performance on stage, it was absolutely hilarious. Gregory Adam’s (Calvin) and Logan Greene’s (Matt) comedic timing was always on point, it was like both of them knew exactly how and when to get a laugh out of the audience. Kecia Beth Rehkamp (Bret) completely lived in her character, and had such a powerful voice. Emily Madigan (Rosanna) was charming and her performance was filled with joy. Each character is unique, and it is amazing how easy it is to find yourself in all of them. Not only were they all great performers, they were all genuine, nice people. Talking with them afterwards made it clear that they cared about the show, each other, and performing. It was something special.

Calvin Berger is cheerful, witty, and will definitely put a smile on your face. Don’t miss the opportunity for laughter and a showcase of tremendous talent! Grab your tickets as soon as you can, Calvin Berger is running at the New Century Theatre from January 23rd – February 15th. You won’t want to miss this one!