“On any given night in Minnesota, the total number of homeless people in Minnesota is estimated at over 14,000 people, and over the course of a year nearly 40,000 people.”

That’s the key finding from Wilder Research’s recent report on homelessness in Minnesota. Those 14,000 people represent a six percent increase since 2009.

Wilder’s article on why homelessness persists is definitely worth reading in its entirety, but here’s a summary of its key points: 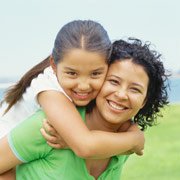 In my work in the housing and homelessness field, I’ve seen a lot of positive progress over the past few years. Awareness has increased, various levels of government have committed more money for affordable housing, and service providers have expanded housing programs with proven results. So why is homelessness still on the rise? Why are shelters still seeing all-time high demand?

It’s easy at moments like this to assume that what we’re doing isn’t working, that homelessness just can’t be ended. I see it differently from my years of working in shelters and affordable-housing programs. Our interventions and investments have been mostly effective when people find the right fit for their needs. I’ve seen the results for people like Ken, a kind and bright man who had seen a lifetime of trauma, homelessness, and alcoholism. Ken is the kind of person many would see as irredeemable, but an intensive Permanent Supportive Housing program has given him stability and health (at a far lower taxpayer cost than before he had housing). I’ve seen firsthand that people are not hopelessly homeless.

However, I’ve also seen how the demand still far outpaces the availability of such interventions, and that’s where the problem lies (a problem that could be much worse if not for our investments in recent years). The man I wrote about a year ago who was homeless in my backyard? He’s still there, sleeping in a camper he parks around the neighborhood. He still doesn’t have access to an affordable, feasible alternative.

It may seem that the constant drumbeat of, “invest in housing, invest in housing” hasn’t stopped, and that’s because it can’t. We’re doing good work, but we can still do better. We must continue to make wise investments that reap long-term rewards for every Minnesotan. This isn’t a time for hopelessness, but for hope that we can still give every one of us a place to rest their head at night.