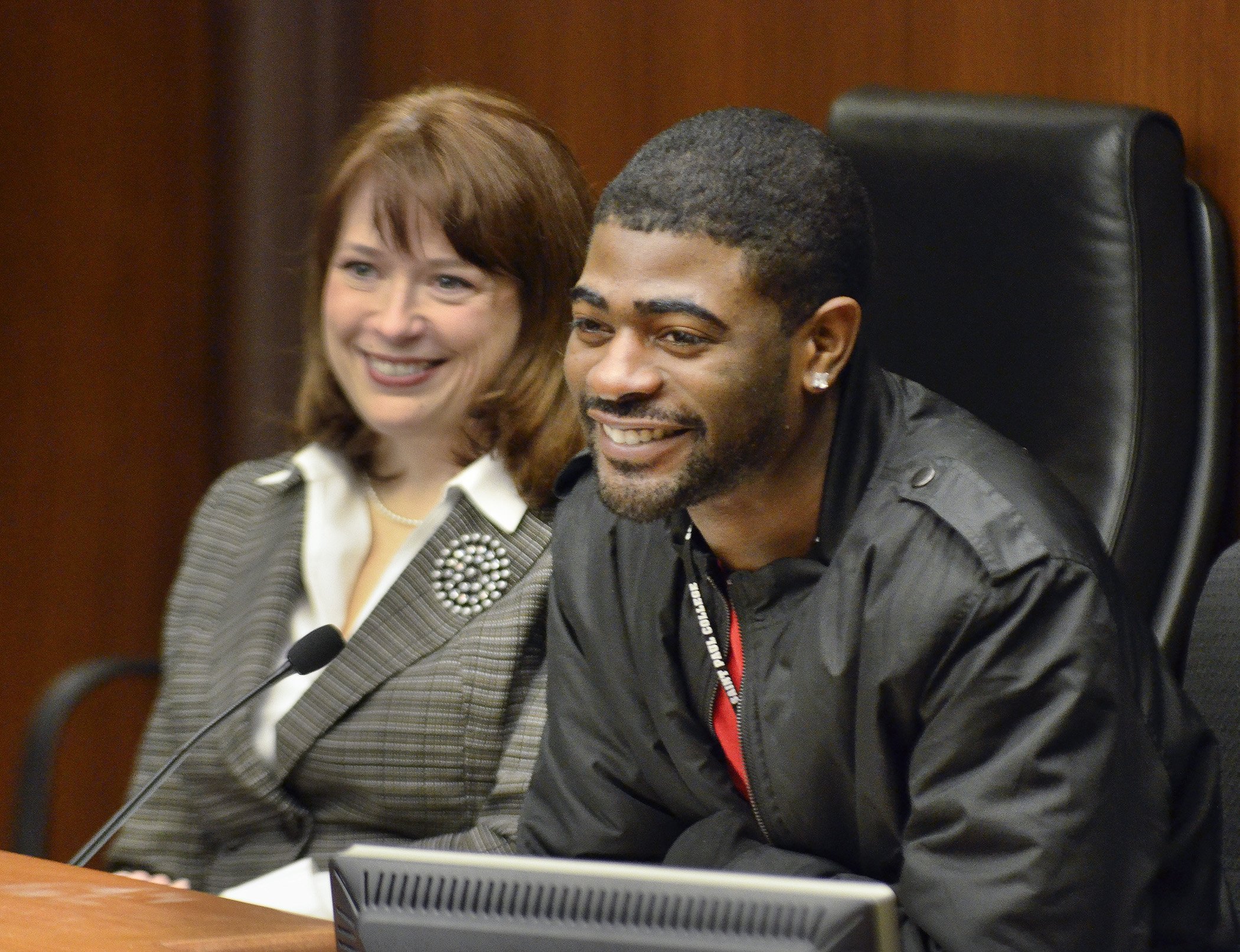 Jeremiah Carter was 19 years old when he became homeless, he told the House Health and Human Services Finance Committee Thursday. He wanted to live independently, but didn’t know how to do that responsibly. Carter said his life was headed down the wrong path until he connected with a homeless youth program when he was 20. Through the program he met other youth seeking to change their lives, obtained his GED and began attending college.

The organization Carter found and others like it could benefit from the $4 million requested in HF2203, sponsored by Rep. Laurie Halverson (DFL-Eagan). It would go toward the Homeless Youth Act, which creates a grant program for emergency shelters, drop-in services and other youth homeless services across the state.

The committee laid the bill over for possible inclusion in its omnibus bill. A companion, SF2194, sponsored by Sen. D. Scott Dibble (DFL-Mpls), is awaiting action by the Senate Finance Committee.

While homeless youth are often escaping danger at home, they face new risks on the streets, such as involvement in crime, trafficking and a lifetime of homelessness, Halverson said.

Last session the Legislature provided $4.2 million in funding for the Homeless Youth Act, which the Department of Human Services distributed through grants to 30 organizations. The department received grant requests totaling around $20 million, Halverson said. Of those requests, $10 million would extend the reach of currently operating, but underfunded, programs, she said.

Just over 4,000 youth are estimated to be homeless each night in Minnesota, said Brian Pittman, a researcher on a homeless youth study conducted by Wilder Research. The estimate accounts for youth who are not participating in a formal service.