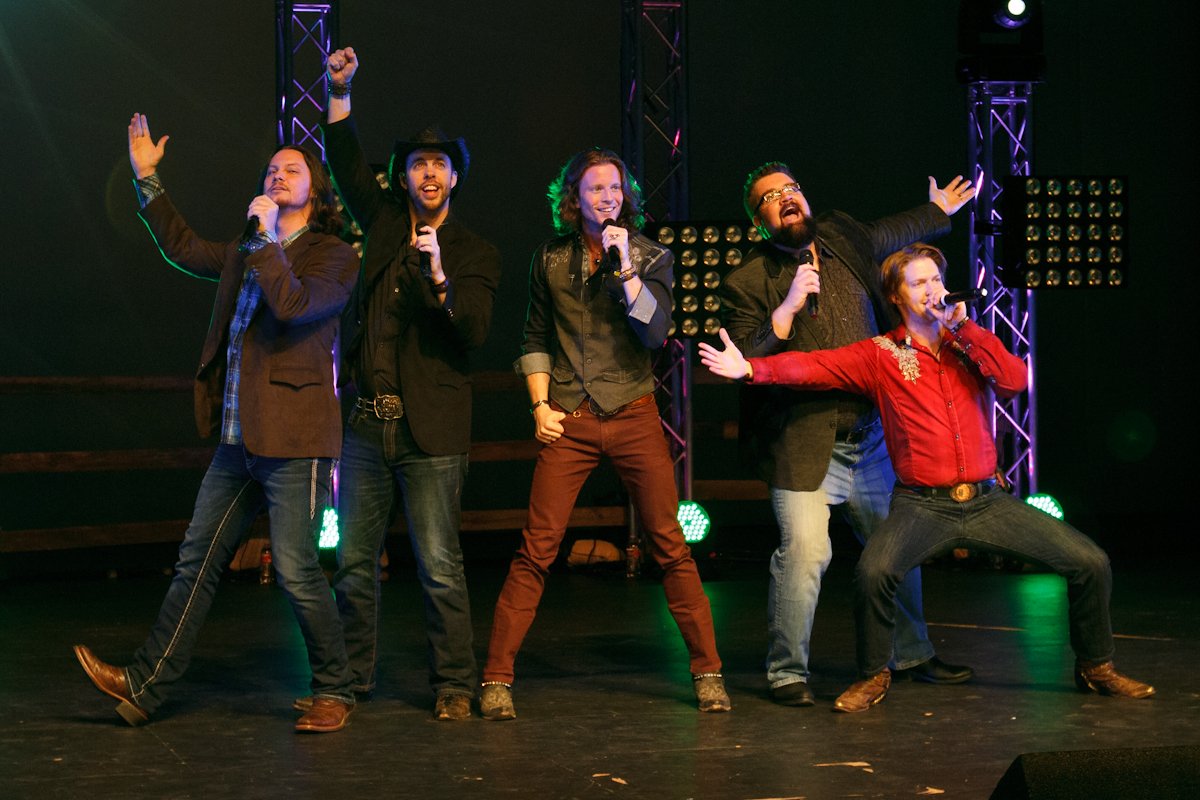 Minnesota country a cappella band Home Free must have felt the love and support of a home town crowd at their sold-out Ames Center performance on October 7th. As part of their prize for winning Season 4 of The Sing-Off, they have released their debut album Crazy Life and are out on a national tour to support it.

Their show last night can simply be described as a lot of fun. They did a beautiful job of creating a more intimate sound on popular songs by artists including Johnny Cash, Zac Brown Band, Josh Turner, Kenny Chesney, and make you hear the songs in a different way. They have also built in a good amount of humor into the show upping the entertainment value. Some of the standouts were “Story of My Life” (you can watch on youtube), “Colder Weather” and “God Bless the USA”.

They will be releasing a Christmas album this year and have announced a holiday show at the Fitzgerald on November 30th, which you don’t want to miss and is guaranteed to sell out.