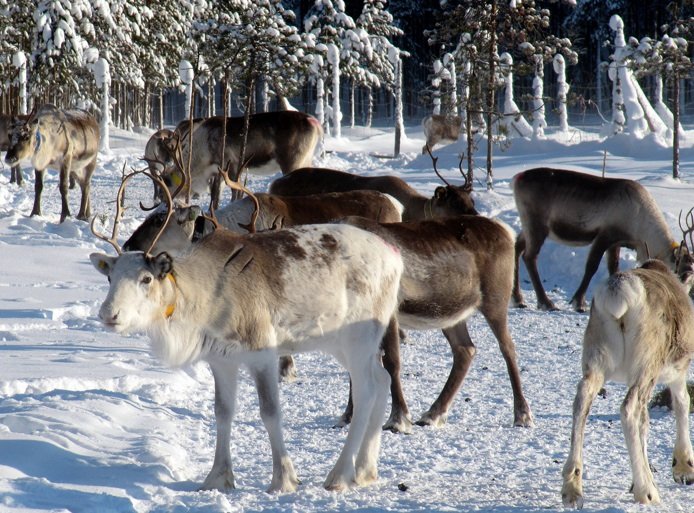 Whether you’re keeping to old traditions or looking for something new, there’s something to fit everyone’s fancy this holiday season. From seeing classic or quirky theater, shopping local for your loved ones, or enjoying some drinks for a cause, we’ve got our bases covered in our holiday events roundup. 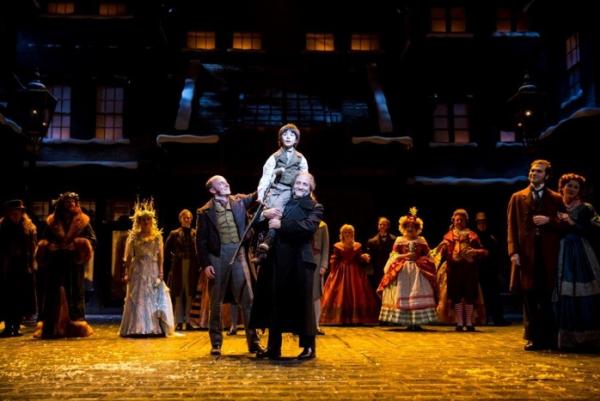 Going into its 40th year, A Christmas Carol at the Guthrie Theater is a tradition for many Minnesotans. Everyone should see it at least once. Read my review from last year, and also Jay Gabler’s (2012) and Christopher Kehoe’s (2011).

Striking 12 at Bloomington Civic Theatre, a “concert-with-a-story musical event,” tells the story of a grump who’s in need of some Christmas cheer and strives to be a new holiday tradition.

La Natividad: de Acuerdo a San Mateo y San Lucas (The Nativity: According to St. Matthew and St. Luke) is performed in both English and Spanish and “honors the Mexican tradition of La Posada.” For those looking for a retelling of the nativity story with a musical spin, Black Nativity at Penumbra Theatre guarantees to “raise the roof.”

Open Eye Figure Theatre’s The Longest Night strives to bring “light and levity as well as reflection and renewal to a season that too often is filled with stress and high expectation.”

Minnesota Jewish Theatre Company’s The Chanukah Guest is a “funny, heartwarming, and imaginative” play that sheds light on the traditions of Chanukah through the story of Bubba Brayna. Based on the book by Eric A. Kimmel, MJTC’s production of the show is a world premiere.

Steppingstone Theatre’s annual classic, The Best Christmas Pageant Ever (2014), promises to be as funny and touching as ever.

Dr. Seuss’ How the Grinch Stole Christmas is a beloved tale, and Children’s Theatre Company’s “technicolor, maxed-out musical” encourages you to “boo the most loathed Christmas villain—and cheer for a beloved holiday tradition.”

A Very Die Hard Christmas at Bryant-Lake Bowl has everything you’d sort of want in a holiday production: singing, dancing, and bloodshed. Also at BLB, The 8th Annual Star Wars Holiday Special and Toys for Tots Benefit is a way to give to those in need, while also “celebrating the holidays the strangest way we know how.”

The Santaland Diaries is the story that put David Sedaris on the map, and with good reason (it’s really funny). If you haven’t read the short story, do it now. And then go see Frank Theatre’s production

Miss Richfield is back again this holiday season, starring in Play With My Poodle For Christmas! This time she’s looking for Mr. Right Now. You’ll be treated with “colorful videos, twisted sing-a-longs, and a healthy heap of audience interaction” at this performance.

The Holidazzle parade took a year off, and this year it’s back with a much-needed makeover. The Holidazzle Village is designed to look like a European village in downtown Minneapolis (with reindeer!). Also new this year is the Holidazzle Market, where you’ll be able to purchase “handcrafted items, many of which are made local, to one-of a kind German Holiday decorations.” On the other side of the river for one weekend is St. Paul’s European Christmas Market, where can taste European food and buy local handmade goods.

Last year, The Christmas Wish by Minnesota writer Lori Evert sold out quickly. Pick up a copy early this year at Birchbark Books and meet the author, photographer and Anja (the book’s main character who goes on a journey to become one of Santa’s elves).

If you’re looking for something more classical, The Music from Downton Abbey concert features your favorite pieces as told with storyline of the widely popular show; wear your finest holiday garb. The Twin Cities Gay Men’s Chorus is back again this year with The Copper Street Brass Quintet and will perform classics and “new surprises” at their Joyful and Trimphant concert. Minneapolis-based choral ensemble VocalEssence’s “Welcome Christmas” concert will have carols and musical holiday traditions from Sweden, Norway, Finland and Denmark.

Ugly Sweaters for Cute Kids: Light Rail Bar Crawl (Blue Line Edition) and The Light Dazzler are a couple ways give back while having a little bit of fun this year.