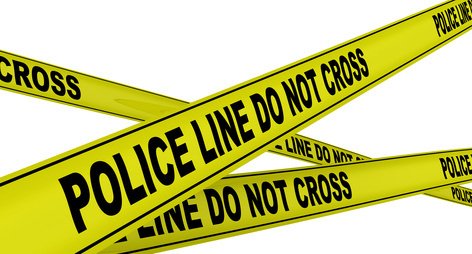 Back in the day, when I practiced law, I frequently appeared before a judge who really didn’t like my (juvenile, poor, wrong-side-of-the-tracks) clients. On one memorable day, I began my protest with, “The law says …”

He cut me off, saying “I know what the law says, and I don’t have to follow it.”

The certified transcript of that hearing became one piece of evidence in a multi-page, multi-case complaint I filed with the judicial standards board. The board sent out an ex-FBI agent, who took my statement and confirmed, without outright saying so, that he had gotten similar stories from others he interviewed. But, he told me, I would not be informed of the results of the investigation.

“Unfair,” I thought, “unfair!” I had much the same reaction as I reviewed the rules for “civilian” review of police misconduct in Minneapolis and St. Paul.

Since the 1950s, hundreds of cities have opted for some kind of civilian review of alleged police misconduct. Minneapolis and St. Paul both have formal police review boards that include civilians, but also include sworn police officers. In both cities, most investigations OF police officers are done BY police officers. Most investigations are not public and even when there’s a finding leading to discipline of an officer, the annual reports don’t reveal what happened. Here’s a closer look at what the two systems look like —

The Office of Police Conduct Review (OPCR) itself is made up of personnel of the Minneapolis Department of Civil Rights and the Minneapolis Police Department. The OPCR has a fourteen-member pool of review panelists: seven civilians and seven police officers. Each review panel has two civilian and two police members. (Two civilian positions are currently vacant and open for application.) The OPCR reviews reports from investigators, who may be police officers or civilians. Then it makes recommendations on the cases to the Chief of Police.

In practice, most cases never get to the OPCR. The investigators decide the level of seriousness of each case, with A being the lowest level and D the most serious. A-level cases with some merit get referred back to police supervisors for “coaching.” Only B-level and above get referred to the OPCR panels.

The Police Conduct Oversight Commission (PCOC) has more of a policy role. They adopted a strategic plan in July 2014. They also audit OPCR cases, reviewing a brief synopsis of ten randomly selected cases each month, and choosing three of those for a fuller presentation of case studies in the following month. You can read past synopses here and case studies here.

Police are much more involved in the “civilian” review process than they were before 2012. In 2012, the old Civilian Review Authority was disbanded, and the new system (described above) put in its place. Prior to 2012, investigators were civilians. In theory, the CRA had more power, though in practice, the Chief of Police ignored its recommendations with impunity.

Since the OPCR was instituted in October 2012, the Chief of Police has issued two 10-hour suspensions and three letters of reprimand to officers referred through this process. The officers and the circumstances of the cases were not identified in OPCR public reports. For a complete list of reports of OPCR activities, click here.

How to file an administrative complaint about police misconduct:

For information about civil suits, criminal prosecution and civil rights investigations, see What happens when police screw up?

In St. Paul, the Police-Civilian Internal Affairs Review Commission (PCIARC) has five civilian members and two police officers. All investigations are carried out by police internal affairs officers. Then the PCIARC reviews the reports of the investigations. The PCIARC makes recommendations on the disposition of cases, and can recommend disciplinary action to the Chief of Police, but the Chief is the final authority and decision-maker.

In both cities, when big cases hit the headlines — such as the beating of Al Flowers in Minneapolis or the tasing and arrest of Chris Lollie in St. Paul — city governments have set up independent investigations, separate from the civilian review process.

The civilian review programs seem set up to inspire mistrust. Investigation of the police by the police can too easily turn into investigation for the police. Add to that a lack of transparency and public reporting about what happens in individual cases, and credibility evaporates.