Over 200 protesters, both Hmong and allies, rallied outside of KDWB studios on Friday in a protest over the Clear Channel radio station’s airing on March 28 of “30 Hmongs in a House“, the parody song that uses stereotypes against Hmong people as humor.  The protest was organized by Take Action Minnesota’s Hmong Organizing Program (HOP).

TakeAction Minnesota (TAM) sent two letters to KDWB on April 1 and April 13 calling the apologies the station has provided to be inadequate.  (“It was never our intention to offend anyone”, KDWB posted on their Facebook page).

In the April 13 letter, they demanded the apology appear online permanently and demanded the station fire Steve LaTart, who wrote the lyrics to the song.  They also demanded that KDWB dedicate public airtime to promote racial and cultural tolerance through art and music, public service announcements from the Hmong community, an hour-long “Dave Ryan in the Morning Show” about Hmong veterans’ role in the Vietnam conflict, and a 30-minute segment with Hmong women and how negative cultural stereotypes impact them. 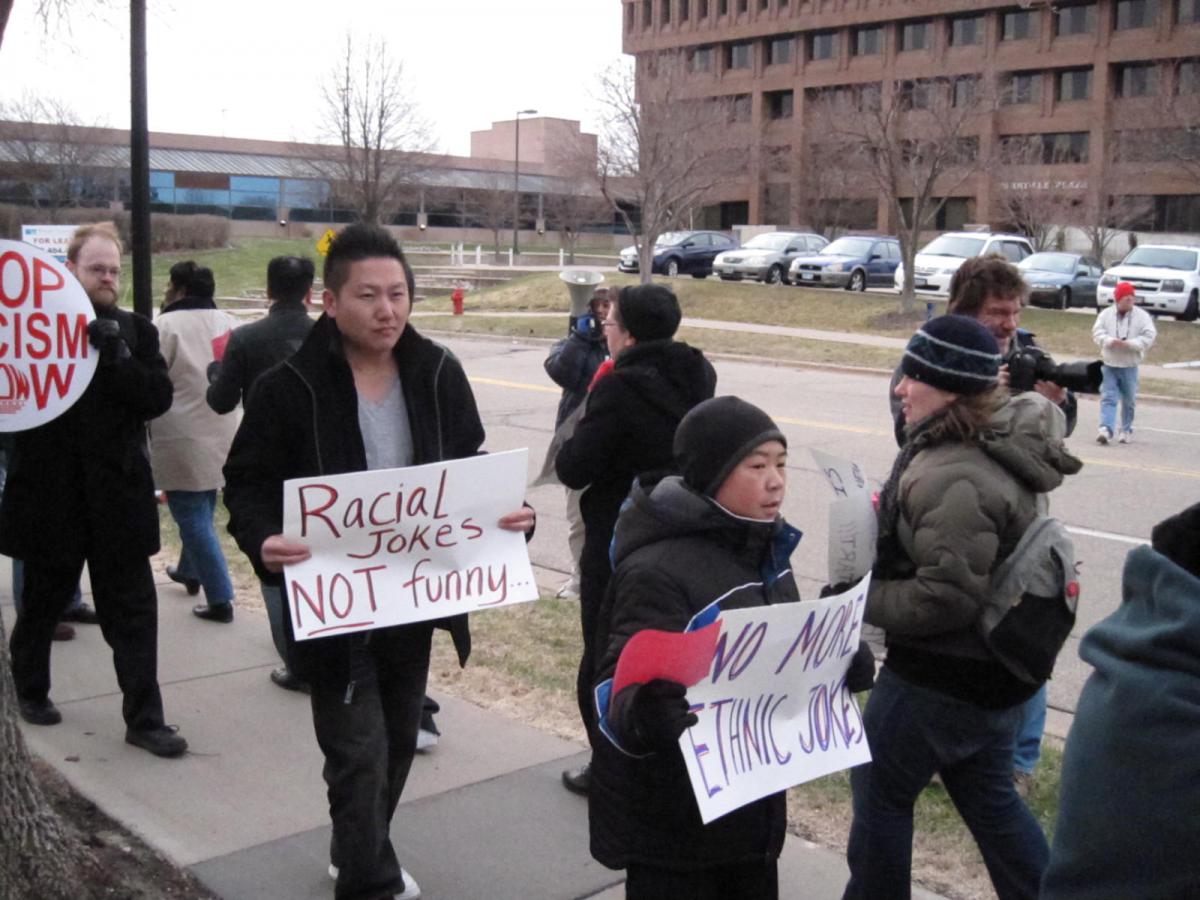 Friday’s rally began with a picket line on the sidewalk in front of the building, blocking the entrance to the parking lot.  The protesters then crossed the street where there were number of speakers, including several poets.

Victori Vu, HOP leader, said at the rally that KDWB committed a racist and sexist action by airing the song.  “KDWB, Steve LaTart, and Clear Channel amplify and reinforce the oppression of women and racial minorities,” he said.  “They sent a clear message that it is fine to treat women and people of color, this time Hmong, with utter disrespect and outright ridicule.” 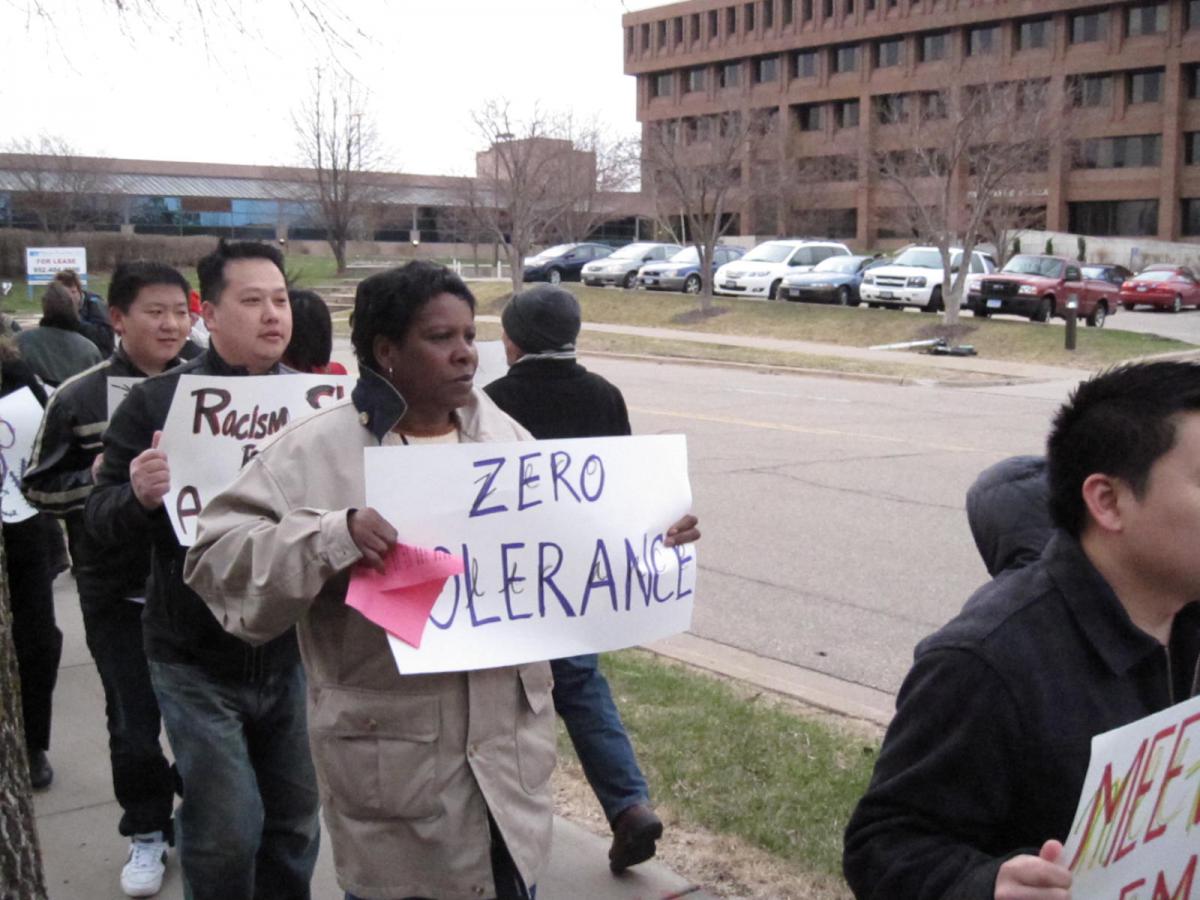 After a number of speeches, chanting, and performances by such artists as poet Chili Lor, several groups of delegates went to the different entrances of the building in order to try to meet with KDWB leadership.  Representatives from the station said they would accept a letter from the group, but would not meet with them on the day of the protest, saying they plan to hold a meeting with “members of the Hmong community” next week.

KDWB’s General Manager Mike Crusham, when asked by Liz Xiong, one of the delegates, what he thought about the community being at the studios, he said “I think you have every right by the First Amendment to express…”  and didn’t complete the sentence.

“They’re telling us that they’re setting up a meeting with the community,” Xiong said, “But the community is already here.”

When the delegates returned to the rally, Victori Vu reported to the crowd that he and his group of delegates asked if they could speak with Rob Morris, and were refused.  “They called the cops on us to kick us out,” he said.  However, Vu said that the community would return.  “We’ll be back!” he said, which was repeated by the crowd in a chant.

MinnPost reports that ATT, Health Partners and Blue Cross and Blue Shield have suspended advertising on KDWB over the song issue. 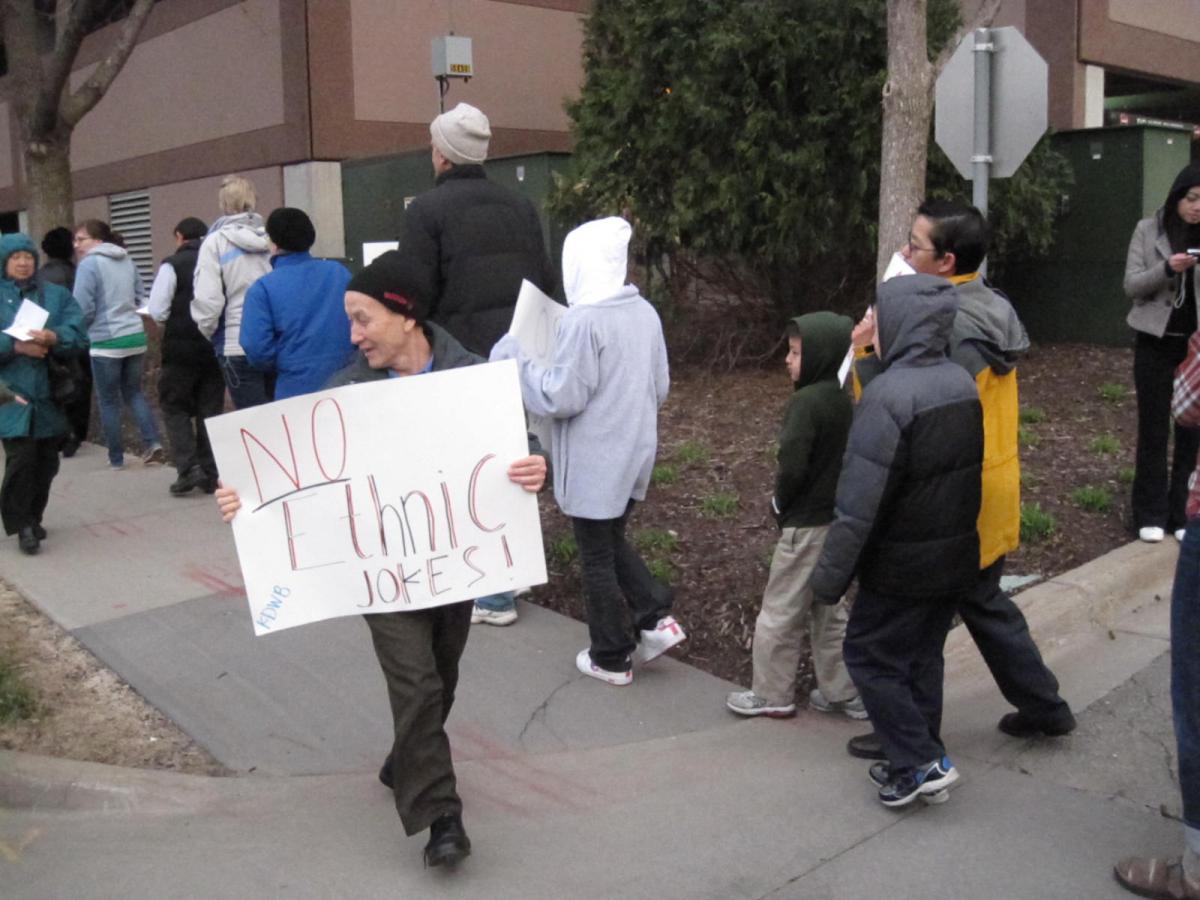 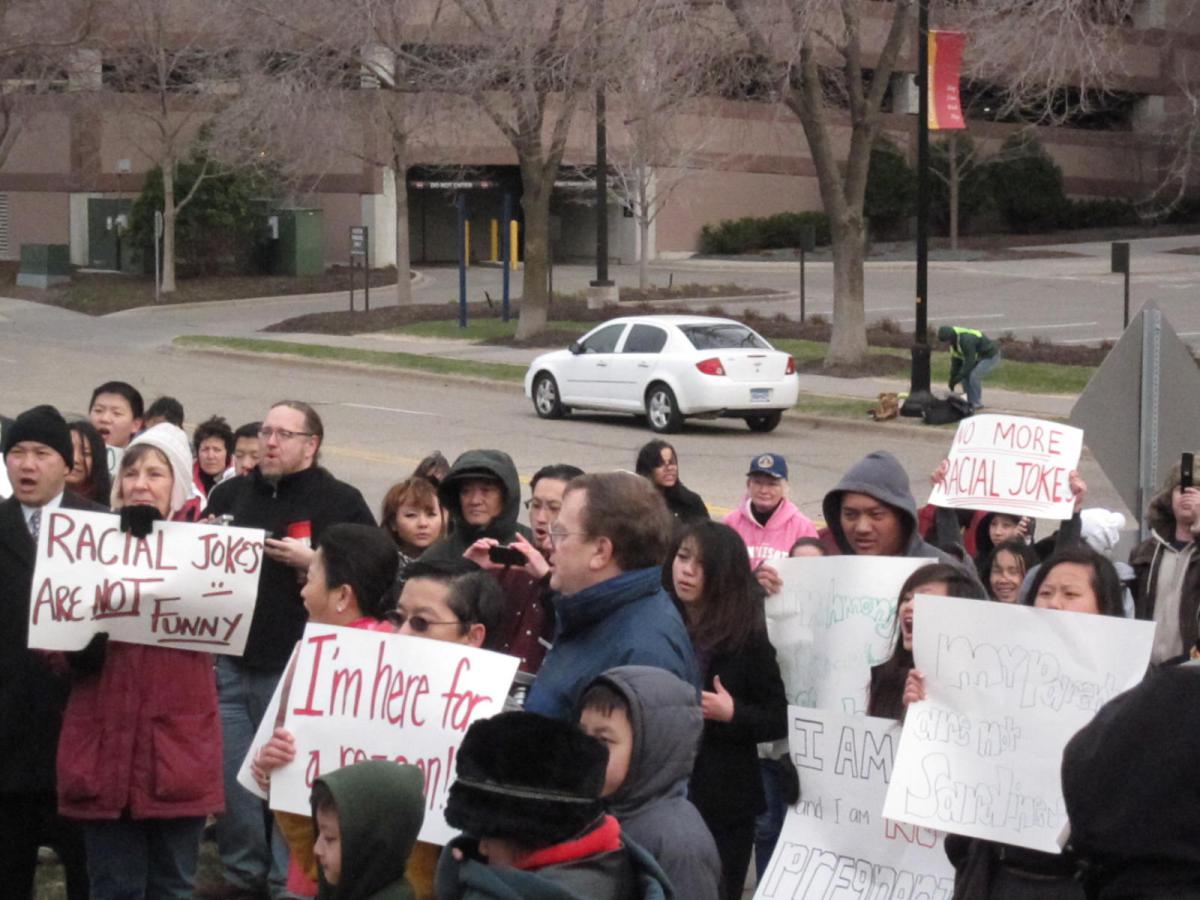