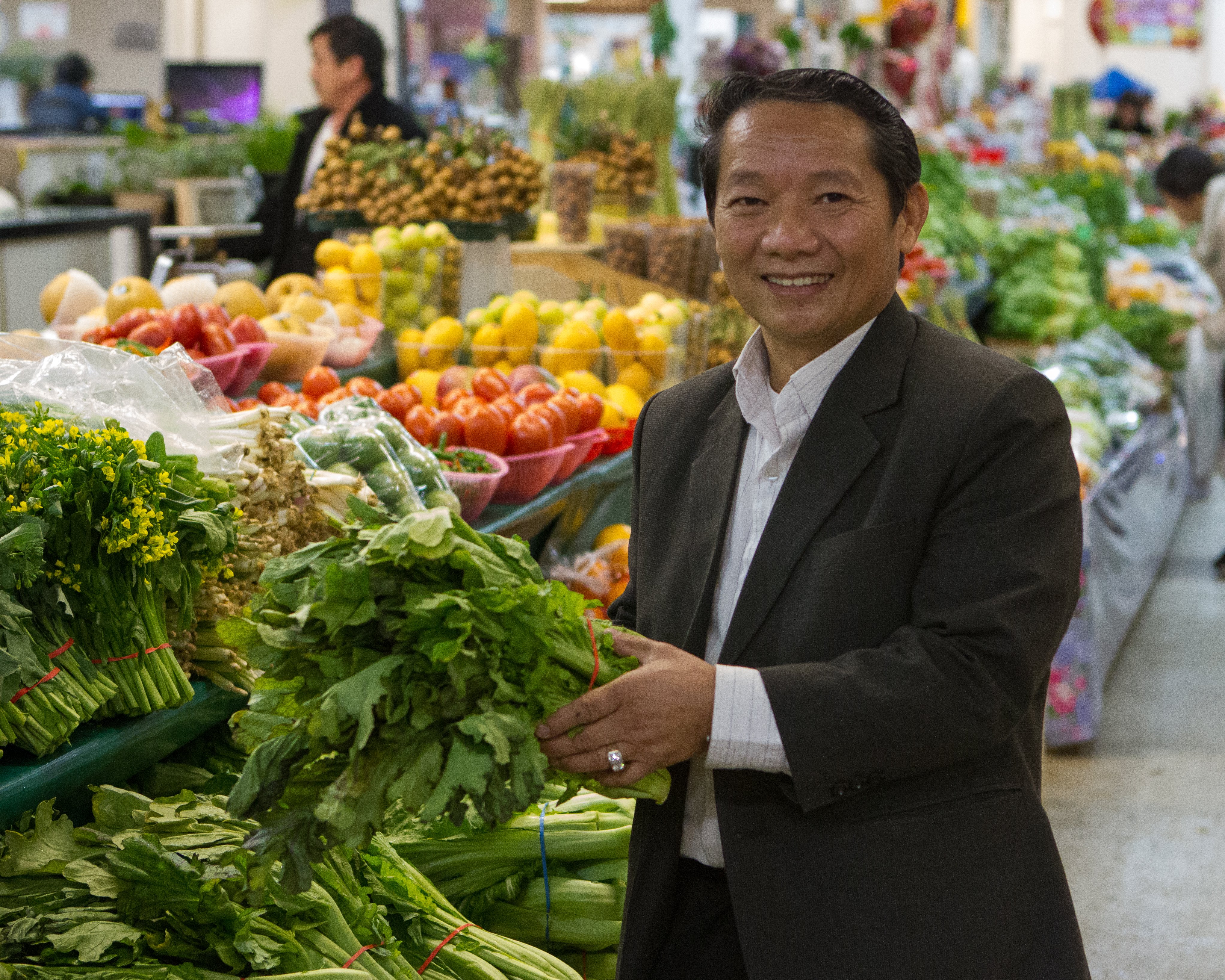 A few years ago, there was not a bank in the Twin Cities that would negotiate a loan to help finance a cultural shopping hub. Now, in the eyes of one man, it’s satisfying when those same banks clamor to be at your service.

It’s the case with Hmong Village, the 105,000 square foot urban market on St. Paul’s East Side. Shongleng Yang is one of the original investors and now the president of the giant restaurant/retail/produce/professional gathering spot for the St. Paul Hmong community. More than 186 businesses, representing nearly 315 entrepreneurs, work out of what once was a St. Paul school district office and machine shop on Johnson Parkway. When asked if Hmong Village is the biggest market of its kind in the Twin Cities, he replied enthusiastically: “the largest in Minnesota, the country… the largest in Hmong history!”

So successful is the market that visitors from Milwaukee, California and even France and other countries have toured it and taken notes to replicate it in their own communities. By necessity, negotiations with the city to develop more parking are underway.

Mr. Yang is a dominant figure not just at the market where produce vendors happily share lychee fruit with him and his visitors, but in the wider Hmong community as well where his success and standing in the community is honored. His path since arriving in the United States in 1980 is the essential, diligent immigrant story complete with sacrifice; a life of balancing work and education and grabbing opportunities as they present themselves. For example, Mr. Yang is a graduate from some of the first entrepreneur training classes Neighborhood Development Center (NDC) ever offered. Now with hisleadership, Hmong Village is one site for NDC’s Plan It! Entrepreneur Training Program and houses at least five NDC assisted businesses.

Mr. Yang moved to the Twin Cities from Ohio, and opened a Chinese restaurant in Crystal, MN. He remembers taking GED classes from 8 to 10 a.m., then working the rest of the day. He received his business degree at National College in St. Paul while serving as a personal care assistant for his aunt.

That work suited him and he knew quickly that the home health care industry was where his future lay. After working for another agency, he saw a need for one specifically for the Hmong community. He created Southeast Asian Health Services in 1995 which now operates out of Hmong Village. With his NDC training, he wrote a business plan, created financial projections and managed employees and clients. His success and community impact led Sunrise Banks to nominate Hmong Village Shopping Center as one of 15 to be honored at the annual NDC banquet at Neighborhood House on May 17, 2014. Former NDC loan officer Sai Thao worked closely with Mr. Yang and calls him “an inspiration and role model to Hmong entrepreneurs.”

It took nearly $3.2 million to transform the machine shop building to its present state, and initially banks were not forthcoming with loans because, he said, the Hmong didn’t have a history of owning shopping centers before. Because of Hmong Village’s success, banks now come to Mr. Yang and to the other investors, wishing to accommodate further remodeling and growth of the market.

Perhaps the most visually striking aspect of Hmong Village is the giant three-wall mural painted by Mr. Yang’s cousin. It wraps the produce vendors in a colorful shawl of the vision of Laos and its people: On one wall, during the air bombings in the late 1960s on another, the beauty – bridges, elephants, bamboo groves on the third, a bustling commerce scene.

“It’s a gift for the Hmong who visit to remember their culture,” Mr. Yang said. It is also a pictorial lesson for the wider Twin Cities community and its diverse people he hopes will visit and experience Hmong Village.

Shoua ﻿Thao, owner of Shoua's Clothing Shop LLC, is an NDC client and owns a shop within Hmong Village