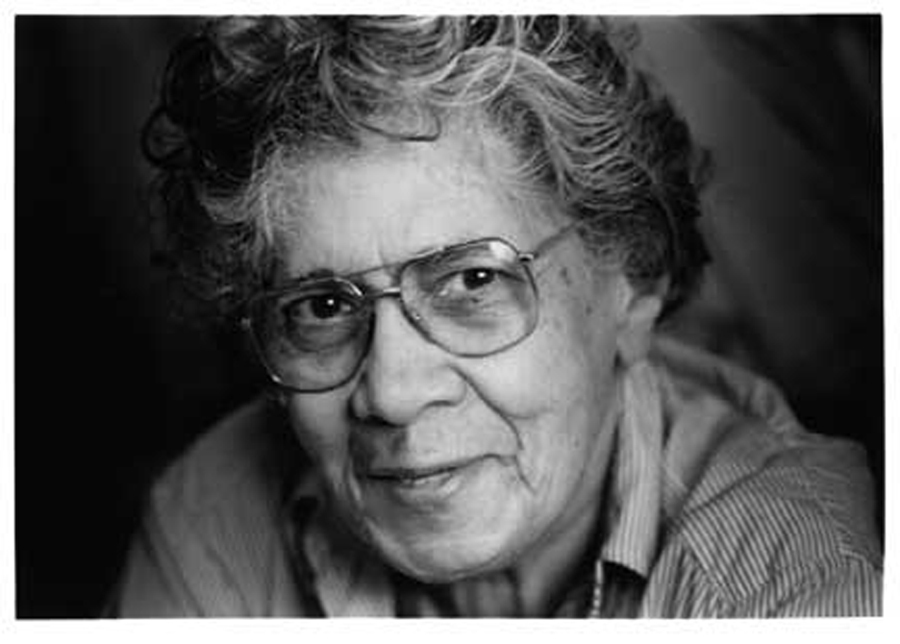 History Theatre’s production “Nellie,” tells the story of Minnesota’s Nellie Stone Johnson, a pioneering black union activist who became a Minnesota labor leader in the 1930s. In 1945, she became the first black person elected to citywide office in Minneapolis, winning a seat on the library board. The show opens January 26 and runs through February 17 (see sidebar).

Minneapolis playwright Kim Hines, who wrote “Nellie,” draws on research for the play but also from a one-time meeting with Nellie Stone Johnson.

“I met her in 1996. She was in her early 90s,” Hines related. “I was writing a play for History Theatre about Hubert Humphrey… They were good friends.” Johnson helped shape Humphrey’s historic speech for civil rights at the 1948 Democratic National Convention. “The rest is history,” Hines noted.

Hines went to visit Johnson as part of her research for the Humphrey play. “She lived in public housing right across the street from the downtown library. I went there thinking our little talk would last 15 minutes — and it went over two hours.”

“The whole time we talked, she was on her sewing machine,” Hines recalled. “The TV was on in the background.”

“She felt forgotten and people had forgotten her contribution to the city of Minneapolis,” Hines said. “She said in a very melancholy way, ‘no one will even know who I am; there will be a school named for me but no one will know why.”

“That was something I remembered,” Hines said. “I felt her pain right there.”

“She kind of took my breath away,” Hines said. “She was that kinetic in her language, her energy.”

“She was a talker. Oh, my gosh,” Hines said. “I wanted to get that feeling across [in the play] without writing 6,000 pages of dialogue.”

Hines was commissioned by History Theatre to write “Nellie” in 2009. (Back in 2003, another playwright had tried to write a play for History Theatre about Nellie Stone Johnson but the play never was staged. Hines was asked then if she would take on re-write). “I feel as a playwright I’ve been with this play forever,” Hines said.

Now is a good time to present “Nellie.” Many of the issues Nellie Stone Johnson championed are very current indeed: the struggles for workers’ rights, for women’s rights, and for economic and social justice for people of color.

The play runs just over two hours in two acts with an intermission.

Two actresses play Nellie throughout the play. “One is a young version, one is an older version,” Hines said.

“You think the story is told chronologically but it’s done in a non-linear way,” Hines said. “I play around with time and space… It’s got a cinematic style; there are no blackouts until the end of the act. The transitions are done with movement, light and sound.”

From audio archives, “the whole cast heard recordings of Nellie,” Hines said. “She was almost like a soothsayer. She had a marvelous gift of being able to look at the big picture and then zero in and look at the details.”

“In our culture, the American culture, we are very big on creating heroes and heroines,” Hines observed. Most of those heroes come from sports, or pop culture, or politics. “We don’t celebrate a lot of the everyday people who do extraordinary things,” Hines continued. “She was one of those everyday people.”

Hines commented: “It was a lot of everyday people who said, ‘we want a 40-hour week. We want weekends off.’ It wasn’t rich people who came up with this — they were trying to squash all that.”

Playwright Kim Hines also has worked as an actress and has been an Actors Equity union member since 1979.

Workers today, Hines said, take for granted all the hard-won gains that came from years of struggle by the everyday people who risked everything and took the side of America’s labor movement during the tumultuous 1930s.

“We don’t think about it,” Hines said. We don’t have to think about it.” For that previous generation, however, “they had to do it, not only for themselves but for future generations of workers.”

Nellie Stone Johnson was working as an elevator operator at the Minneapolis Club when she began organizing the workers there with the Minneapolis Hotel and Restaurant Workers Union.

From her one visit with Nellie Stone Johnson, Hines recalled: “She also talked about what doing this hard work does to your personal life. She had two failed marriages. She never had children. She had four miscarriages. I talk about that in the play. She said ‘nobody taught us about the sacrifices that are made to do this kind of work.’”

“You can’t do organizing half-heartedly,” Hines maintained. “You’re either in it or you’re not.”

“Today in 2013 one of the problems in this country is… there’s just not enough of us understanding it’s for the betterment of everyone,” Hines said. “Nellie and I had that conversation back in 1996.”
“She talked a lot about there are many opportunities for young people… There are a lot of opportunities for people to shape society… in a way that is good for everybody.”