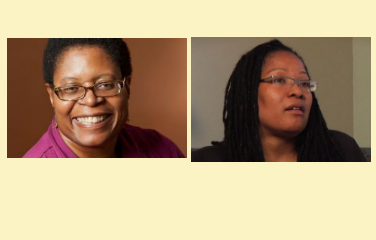 According to Smalls, “There were very few people of color that knew about the co-op and those that were interested were interested in alternative to capitalism. Some were more militant than others.” It was that militancy that seemed to undo the work of the cooperative. “Decisions were made by consensus, anybody could block a decision, sometimes people would block a decision for political reason that were not linked to the issue at hand.” said Smalls

Smalls is a member of the Seward Community Co-op board and is the only African American board member. To her, the co-op is more than just a place to shop: “It is a way to have an alternative environment that protects democracy.”

The principles that guide the work of co-ops suggest that they are designed to serve a greater good of organizing people for political and economic change. Smalls believes that the co-op space is where “democracy is not just talked about, but proclaimed alive and well.”

When asked about the criticism that Seward is facing from the community, Smalls said that, “when any community, not just communities of color, where there has been a change and community institutions, whether it be churches, school or stores have left the area for whatever reason, people that are left in that community feel left. When institutions and business want become to become a part of communities again, it may seem like that they (the community) are looked upon as charity cases. That might be something that we have to look at as a co-op.” ARTICLE 4

“There were various kinds of co-ops, they shared resources as a strategy of survival and pooling of resources to feed their families,” said White. Cooperative ownership was an “economic necessity to address racism and economic exclusion.” Those co-ops were not designed as mechanisms by which communities could purchase goods and services. They were developed as the mechanism by which communities could own and control the value chain that supplied good and services.

Researching the oldest Black Farmers Cooperative, The Federation of Southern Cooperatives, White learned that the co-operatives were “well-organized to reach a variety of needs.” The co-op didn’t just work on food, they worked on everything from dairy products to fashion — anything to meet the needs of the co-op members.

McCarthy said that this is an important opportunity to learn how to pool resources to invest in the co-op beyond shopping. McCarthy said that “We will have to find ways to make ownership investment affordable and we might have to combine our money and think about investing as a group and not on our own.” McCarthy noted that many other ethnic groups pool their resources to invest and perhaps the Bryant community can learn from those examples.

According to McCarthy the biggest challenge “will be helping community residents understand the ownership piece” of the co-op. Potential member owners can buy stock in the co-op at $75. There is a payment plan for those who cannot afford to pay $75 at one time. McCarthy is referring to the Class C stock, a level of investment in the co-op that has a return on investment for owners.

Building on the emphasis of cooperative economics, a local co-op may consider engaging local communities in the ownership benefits. Partnering with community members is vitally important. According to Dr. White, strategies of “engagement rather than directives will create the space to allow communities to contribute what they know to be meaningful and helpful.”

White also suggested that, “There is power in numbers. We are better able to respond to the health, economic and social ills that are plaguing us. There are solutions to those problems when we work together.”